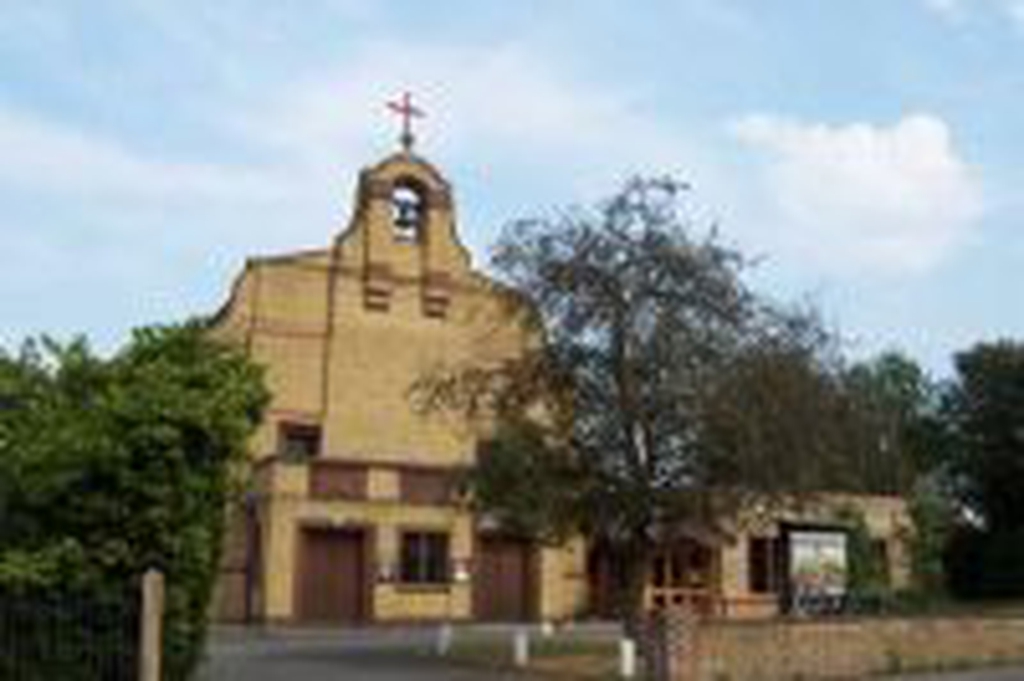 The design was intended to resemble a Spanish mission chapel. The walls were originally whitewashed leaving exposed the decorative banding of dark red bricks. As the building occupies an elevated position it can be seen from quite a distance (e.g. from St. Helier Hospital) and its vivid green copper roof and simple belfry set amidst the surrounding two storey pan-tiled houses looks convincingly "continental". Sir John Betjeman, who admired the building, described it as "Essoldo-moderne in a Hispano-Italian style"!

The overall impression is one of light and space. The building is basically a rectangle 113 x 47 feet. The forty foot high, strongly moulded ceiling gives dignity and strength. The altar and rood cross are the focal point. The absence of choir stalls and screen avoids any barriers between congregation and altar. The large gallery at the west end accommodates the organ. The narthex below the gallery was enclosed 1990.

A large extension designed in sympathy with the existing building was added on the south side in 2000, with a chapel and meeting rooms which would accommodate our ever-growing Junior Church and provide facilities for other church activities.