History and features of the church 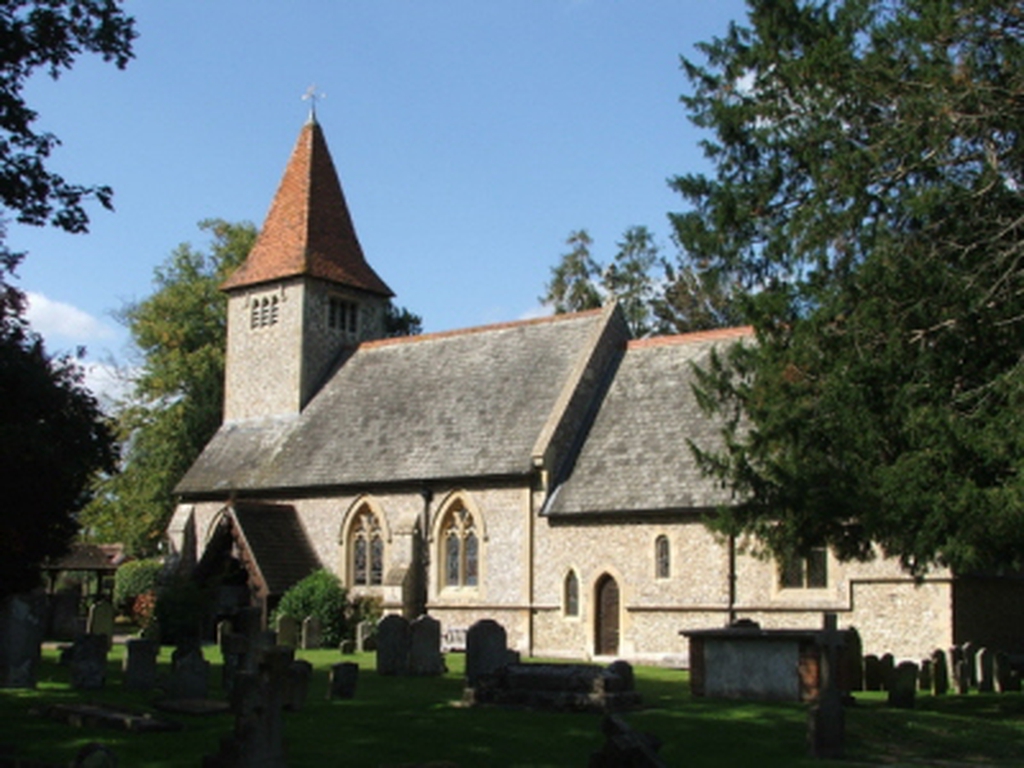 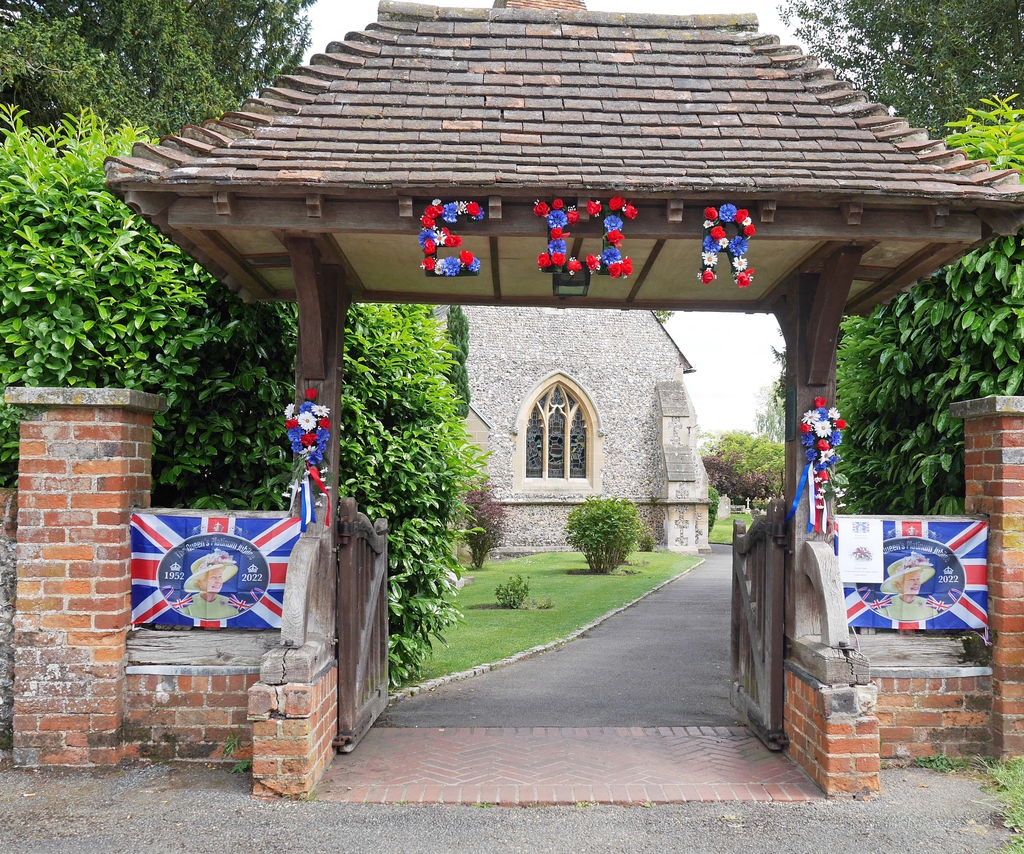 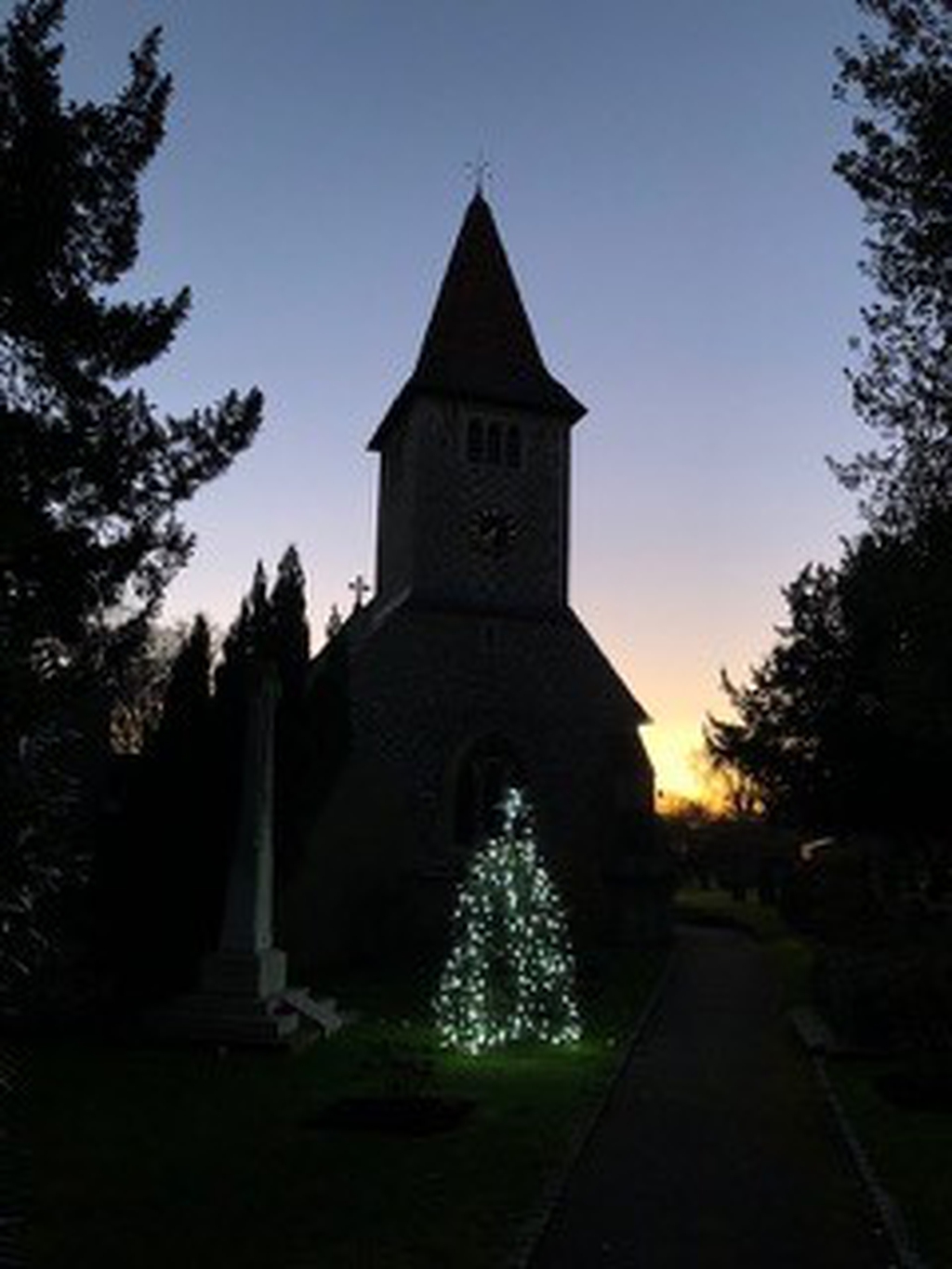 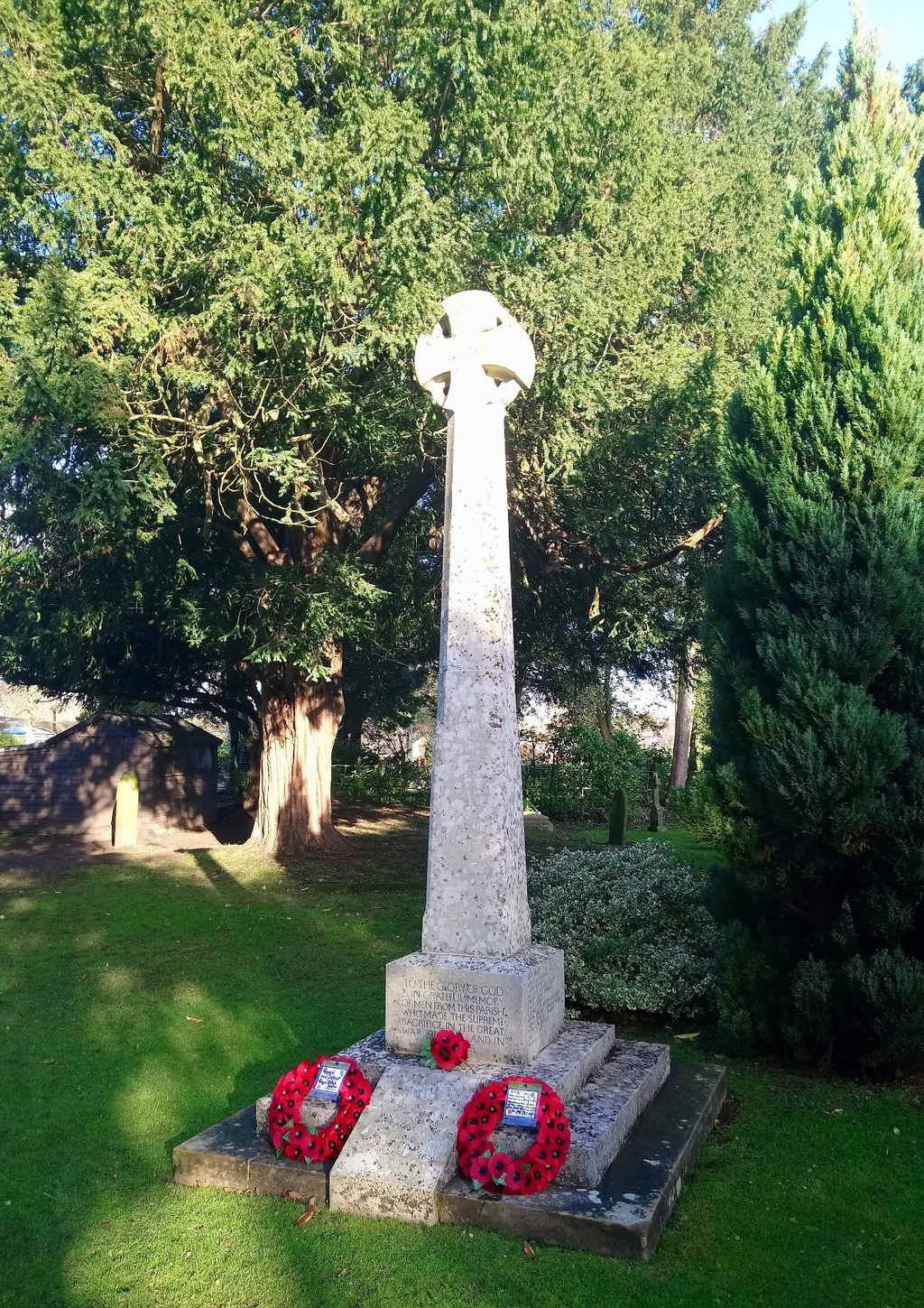 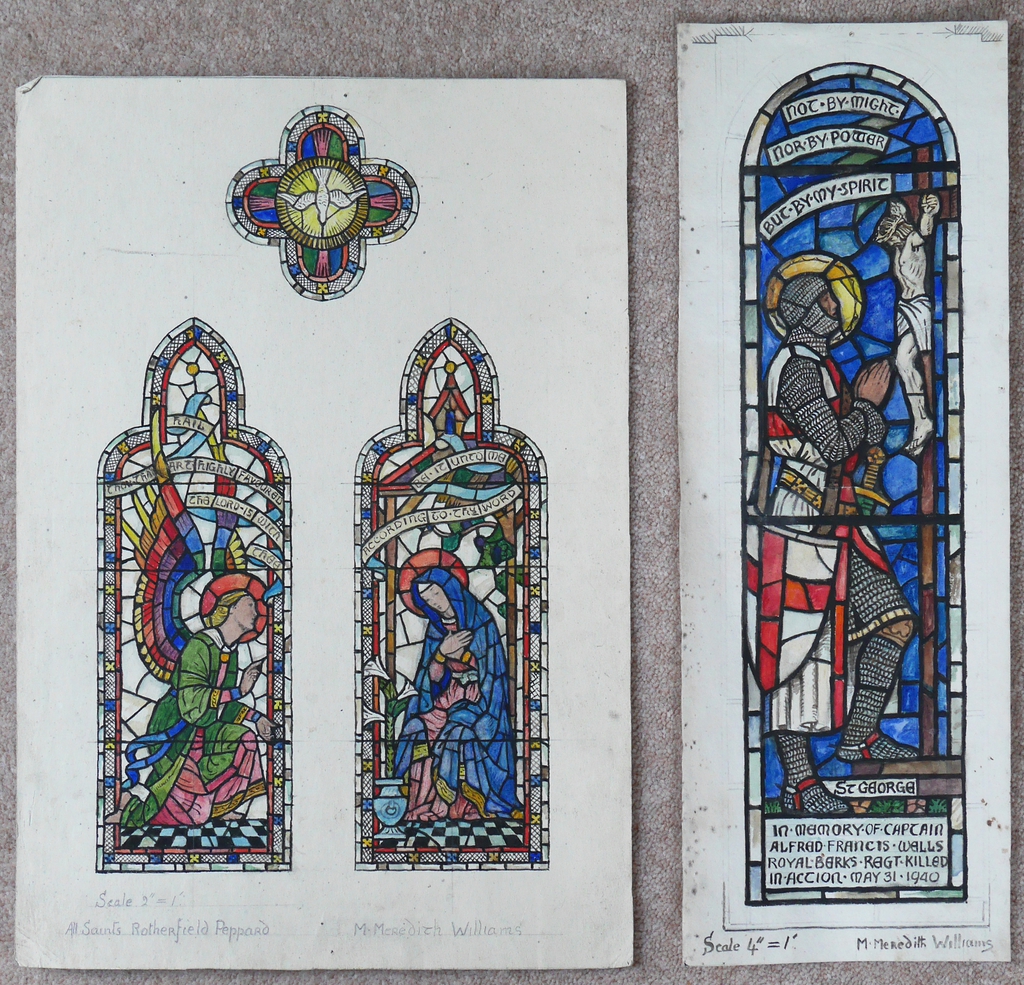 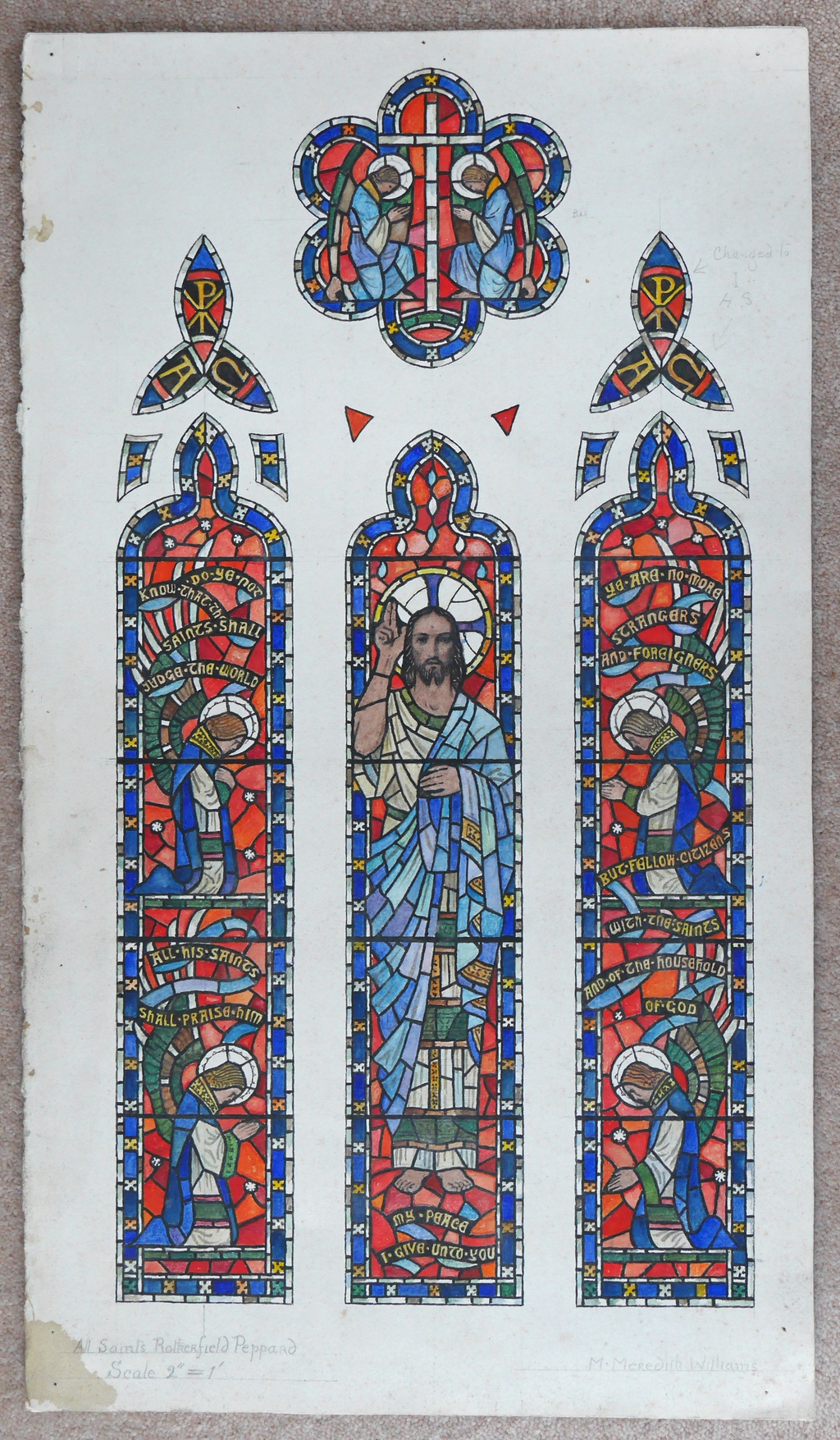 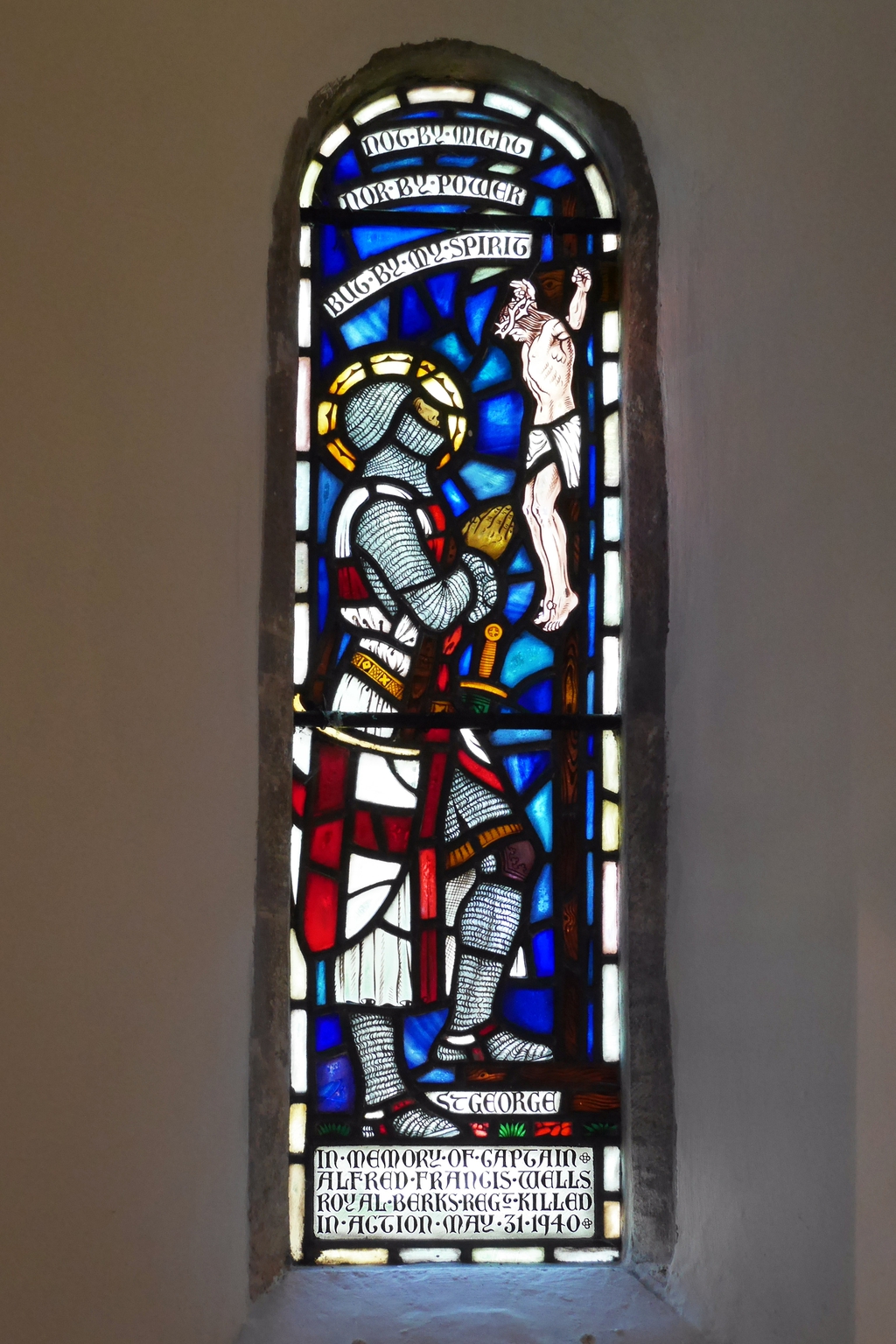 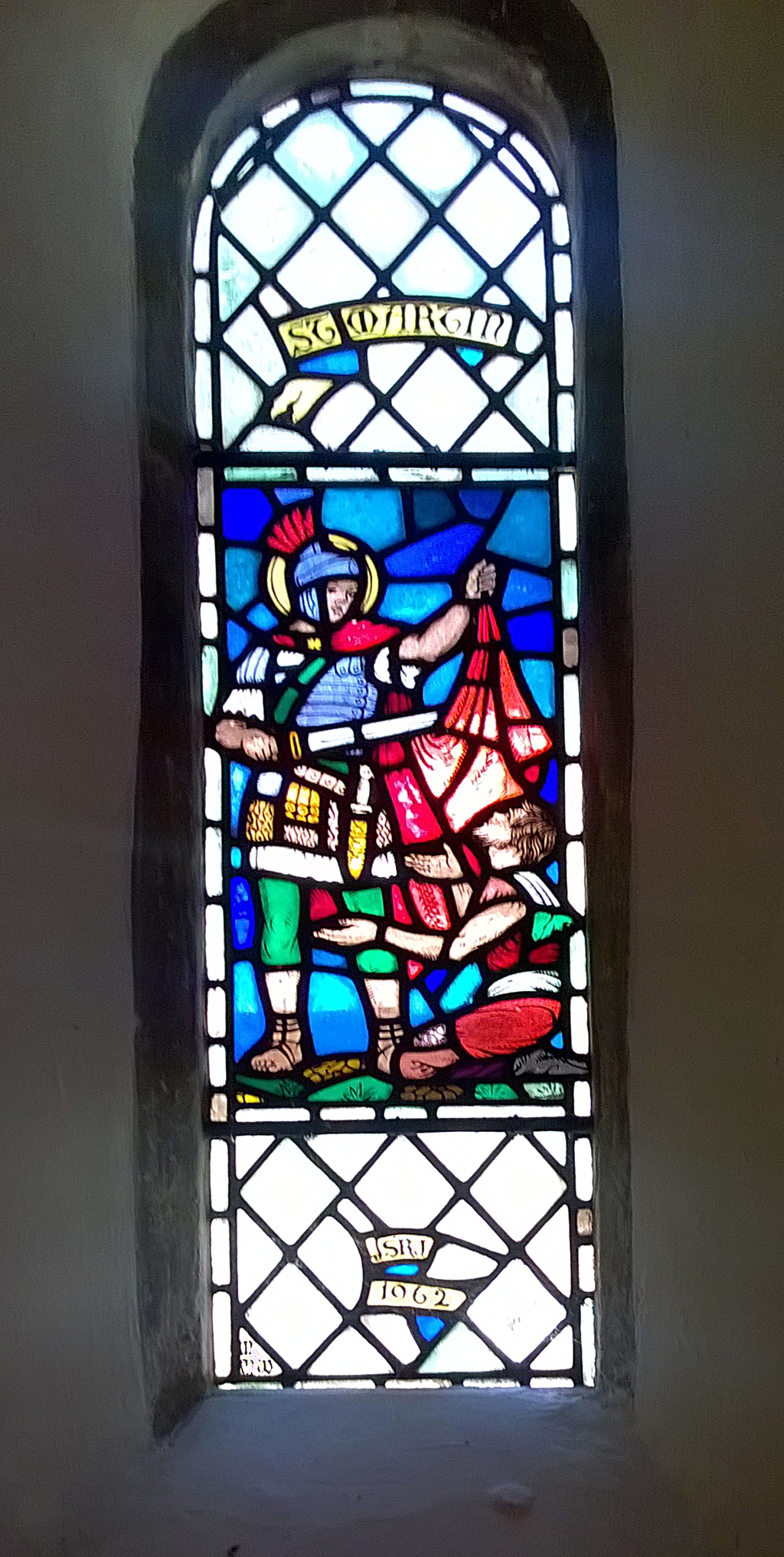 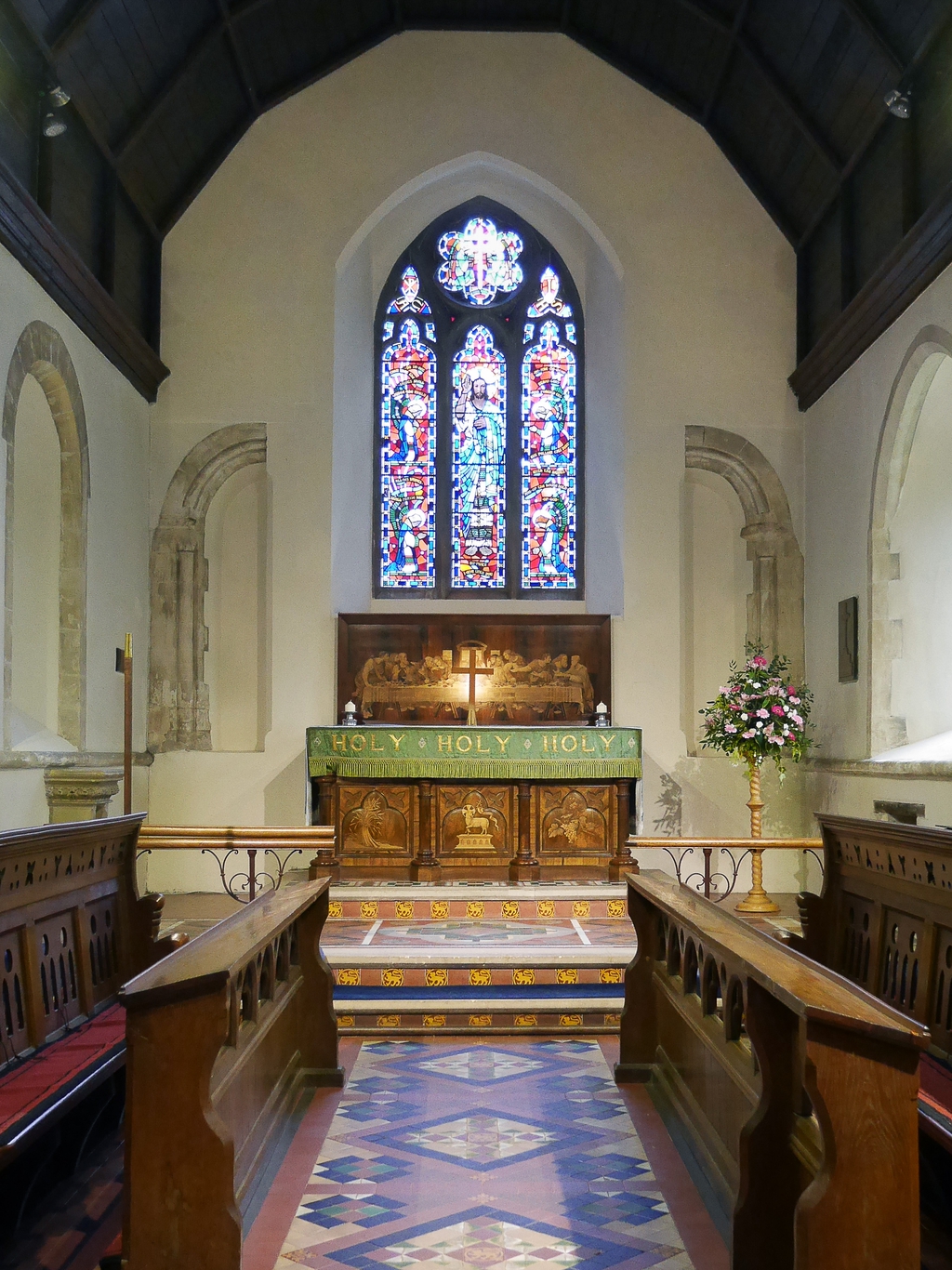 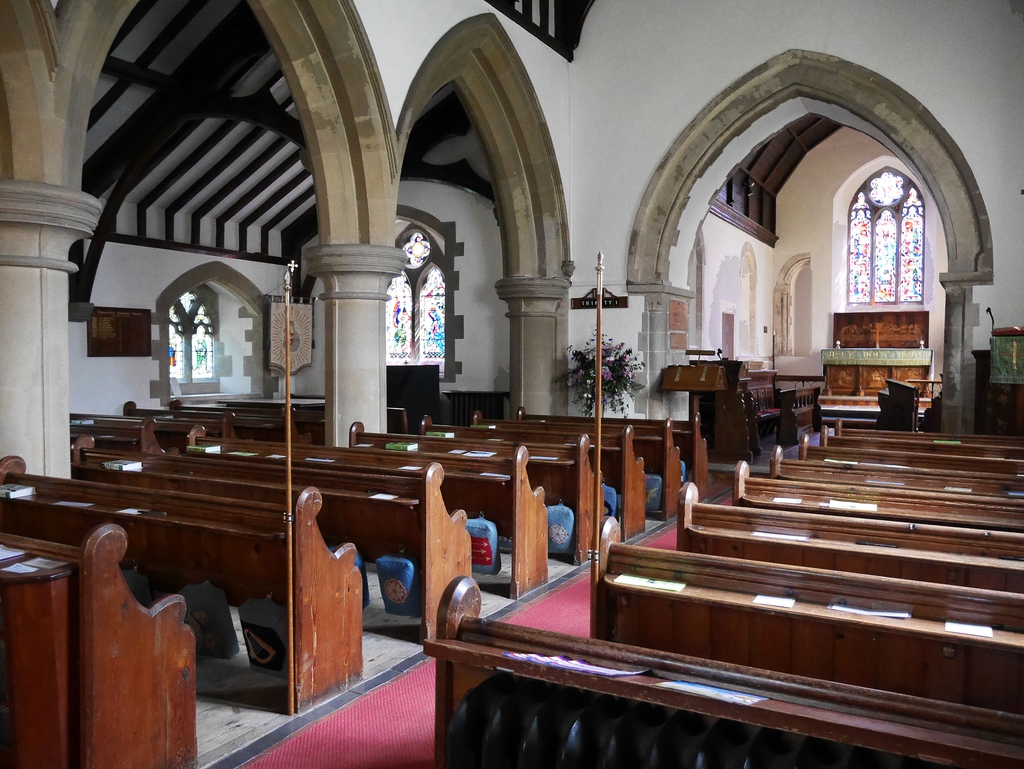 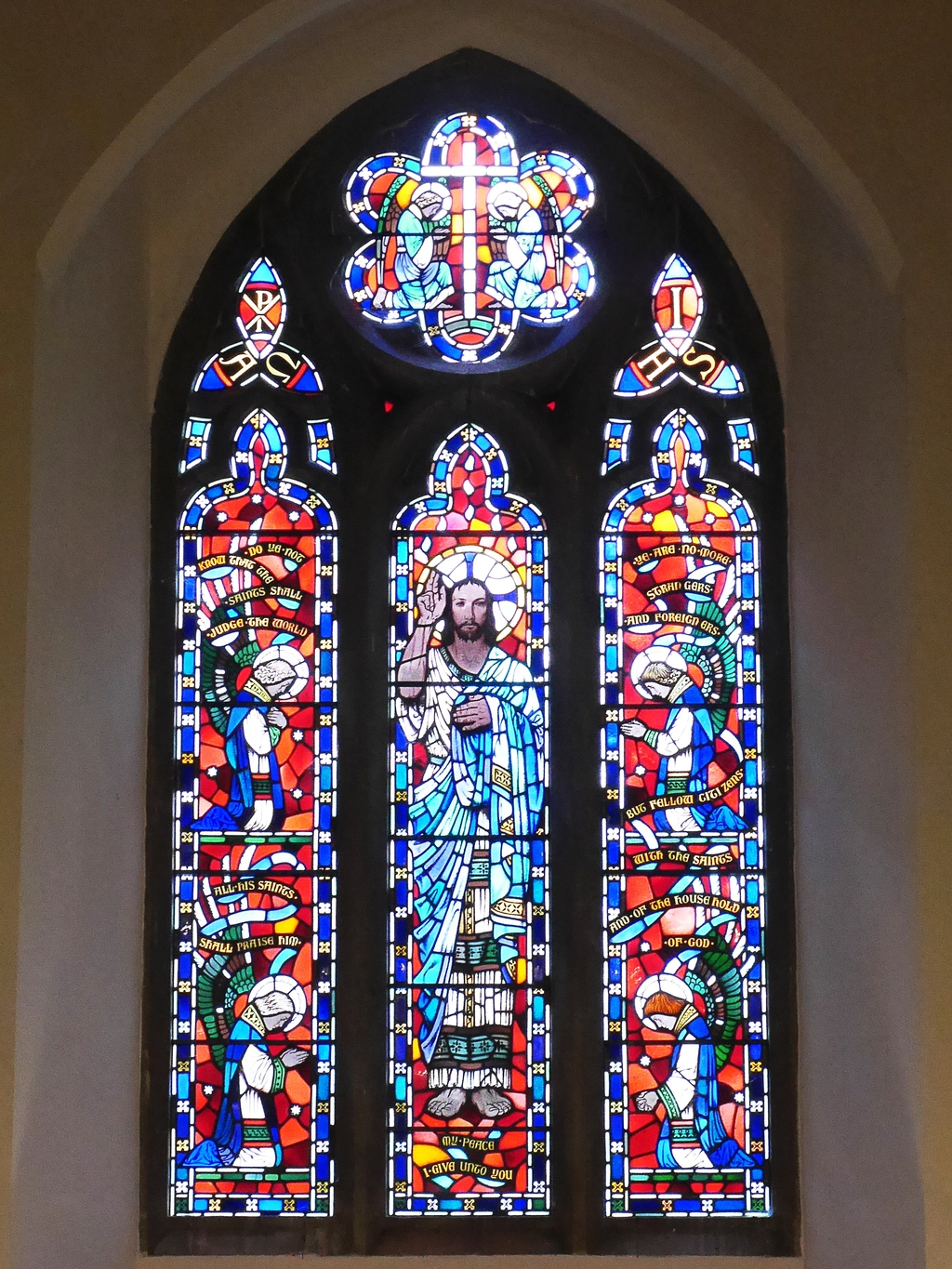 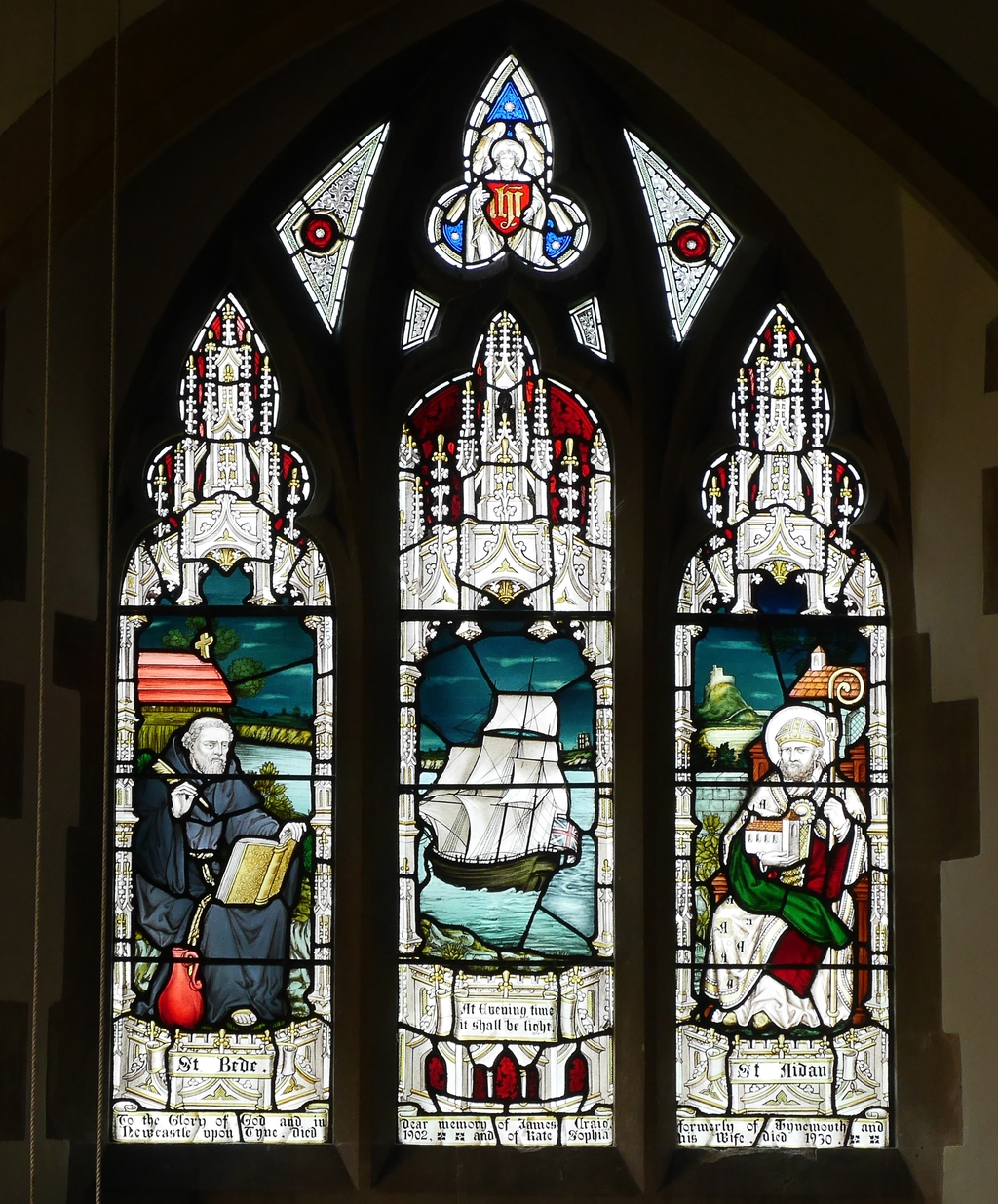 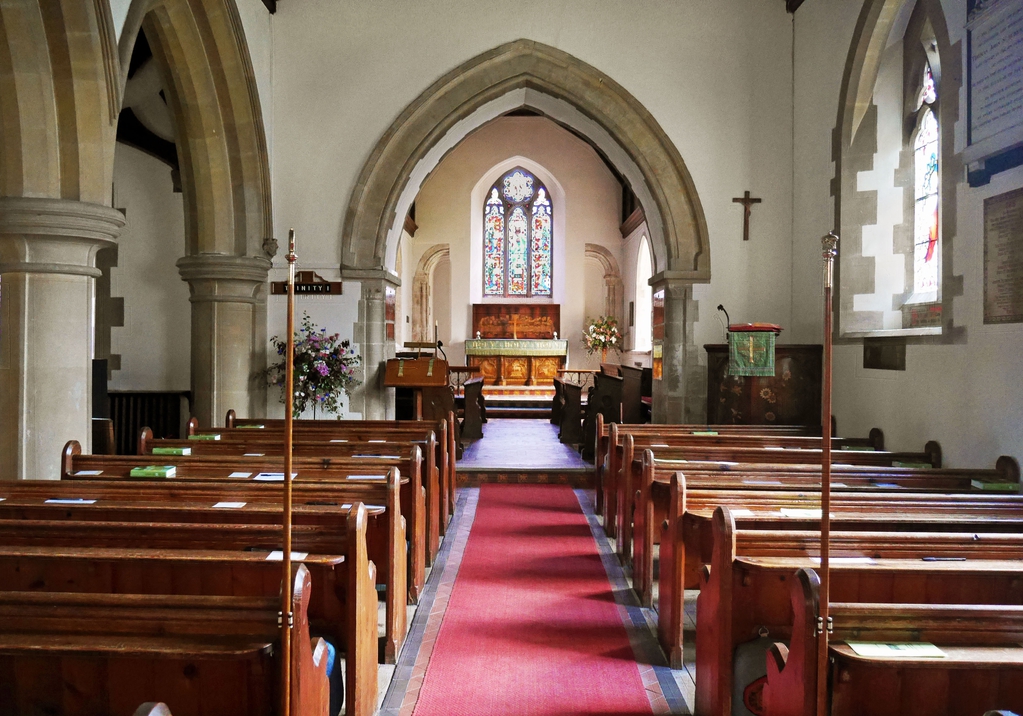 History and features of the church

Rotherfield Peppard, the village in which All Saints' Church is located, is mentioned in the Doomsday Book. The Pypard family owned the manor from 1166 to 1316 and it was during these times that the church was first constructed. Parts of the early church still exist.

Little is known of the means by which the church fabric changed between the 14th and the 19th centuries. However, during the 15th century the right to present to the church benefice passed to Jesus College, Oxford. At around the time of the Reformation inventories were made of all parish church goods and there is a record of the Peppard churchwardens' inventories dating from 1552. Such documentary evidence as exists deals with repair work carried out at various times particularly in the 18th century and often at the direction of the Oxford diocesan authorities.

A thorough restoration of the church was commenced in the 1870s to the design of the architect, W.Scott Champion. This resulted in much of the ancient church being completely re-built. By 1908 the current porch was added, and in the same year, the bell tower (which contains three bells, one of which dates from the 14th century) was replaced. The following year a new vestry was added. This in turn was replaced in 1981/2 by the current parish room. A separate rector's vestry had been added in 1965.

The present day church has been enriched by many features, often gifts in memory of those who have worshipped at All Saints'.

The west window and rear of the church

The west window is located at the rear of the building. Below the window is a splendid tapestry and this view also shows the font that dates from Norman times. The window is a memorial to James Craig, formerly of Tynemouth and Newcastle upon Tyne, but who lived for a short time at Blounts Court within the parish. The Northumbrian saints Bede and Aidan are depicted in the window. Also on the wall is a charity board denoting gifts made in the 17th century for the benefit of needy parishioners.

The font is located by the entrance to the building. It is a tub-shaped feature with a band of cable moulding and dates from the 12th century. The font is made of Corallian freestone quarried at Wheatley, Oxfordshire. The ironwork on the font cover is similar to the finial of the porch. Godparents and sponsors of those being baptised are engaging in a ceremony around this font that will have been carried out on countless occasions since the church was first built.

The Millenium Tapestry is located at the rear of the building. Scenes on the tapestry depict some of the features that characterise Peppard. Included are images of the rectory, the church school, and our neighbouring church, St.Nicholas, Rotherfield Greys. The tapestry is the handiwork of several parishioners whose names are recorded on a note set alongside the tapestry.

The old altar is located in the north part of the nave.The top has been renewed but the bottom is original. For many years this table was kept in the parish room but is now used for holy communion services on special occasions such as Advent and Lent. The table provides an ideal centre piece for such services. We like to think that those who crafted this lovely table would be gratified to think that this feature is still in use in the 21st Century. Today it is used to provide a beautiful setting for a meal shared by friends - His friends.

This window is located in the north part of the nave and is a memorial to Fleet Surgeon Hugh Winckworth MacNamara RN 1859-1926. Fleet Surgeon MacNamara lived at Pond House in the parish.

This window is located in the north aisle of the nave and is a memorial to Nicholas John Cottle who was a licensed reader in the parish until his untimely death in 1990. Nicholas was particularly interested in the place of children and the family in worship. He was also a parish councillor and Chaplain to Reading prison. The window represents St.Augustine of Hippo.

This window is a memorial to Emily Moody and her husband, Edward Moody. It was given to the church by Emily's sister, Sophia Ward in 1958. The window represents the Annunciation with the Angel Gabriel appearing to the Virgin Mary. This window is one of four in the church designed by Morris Meredith Williams, the son of a former rector, Morris Price Williams.

The pulpit is located at the front of the nave on the south side. The inlaid panels are similar in design to the marquetry on the altar. They were the gift of Mrs Mirabel Grey and date from 1892. Mrs Grey lived for many years at Manor House in the parish. Her death on 1 February 1922 at Cannes, France is recorded on a memorial tablet on the wall at the Chancel step

This window is located on the south wall of the nave and is a memorial to the late Mr & Mrs V.H. Couldrey. It was installed in 1987. The window that represents the visit of the Magi to the infant Jesus was made by Mrs Lyn Clayden. Mr & Mrs Couldrey's son, and two daughters specified the design which includes pets and greenery which both Mr & Mrs Couldrey loved.

This window is located in the south wall of the nave and represents the appearance of our Lord to Mary after the resurrection. It was erected in memory of Elizabeth Knollys by General the Right Honourable William Thomas Knollys in 1883

The view from the sanctuary

Looking back down the church from the altar rail this picture shows the chancel step leading to the nave. The choir stalls are either side of the foreground and the organ is located on the right hand side. The lectern to the right of the chancel step is made of oak and was given to the church in memory of Major Charles Grey,and his wife Mrs Mirabel Grey of the Manor House, Peppard

The current organ was installed by Copeman Hart & Company Limited of Irthlingborough, Northamptonshire in December 1993. It was selected by Vernon Openshaw, former organist at All Saints' who died in 1998, Andrew Baldwin, and Richard Line. The organ has been built into the Compton console of 1949, retaining the keyboards and the pedal board, but with new stopkey units.

The altar is at the east end of the church. It is notable for its unusual reredos and altar panels. They were created and given to the church by Mrs Mirabel Grey. The reredos is a representation of da Vinci's fresco, "The Last Supper" and the altar panels that date from 1894 show symbols of the Eucharist.

The east window is found immediately above the altar. It was donated to the church in 1957 by Jessie and Lionel Chater. The window is the work of Morris Meredith Williams and shows Christ in the act of benediction with the saints in homage. This picture is taken to the right of the centre of the altar rail so as to bring out the features in this most impressive window. This is the view that greets those who kneel at the altar rail to receive the elements or a blessing.

This small window is often missed by visitors to the church. It is one panel of Victorian stained glass that was formerly part of the earlier East Window that had been installed in memory of the late General the Right Hon.Sir William Thomas Knollys. This portion of window was moved to its present position behind the rector's stall in 1958.

The Norman window or The Williams Memorial Window

This window is found in the south side of the Chancel. It is stained glass and is inscribed "Blessed are the Peacemakers". The window is a memorial to Morris Price Williams, Rector 1890-1900 and is by his daughter-in-law, Gertrude Alice Meredith Williams.

This window is at the east end of the church in the north wall of the chancel. It is Norman with stained glass by Meredith Williams. The window shows St.George in full armour and sheathed sword looking at a crucified figure of Jesus. The window was dedicated in 1948 in memory of Captain Alfred Francis Wells, who was killed in action in 1940.