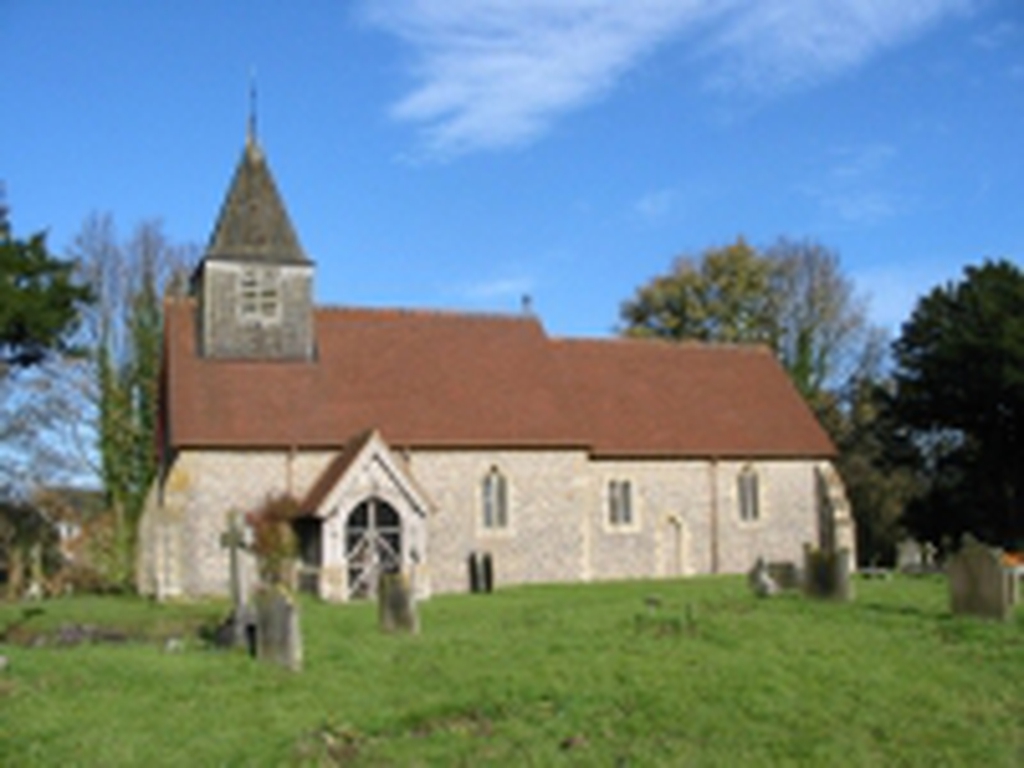 In earlier times, there were two manors and two churches in Saunderton. St Nicholas was allowed to fall into decay and was demolished in 1452 with the remaining church, St Mary, dating back to 1227, taking on the mantle of St Mary & St Nicholas.
In 1886, as the outer walls were beginning to lean inwards, most of the building was taken down and rebuilt using, wherever possible, the original materials. It is for this reason the building has a Grade II* listing and you will find many old and interesting materials and fittings in the structure.
A water colour painting, dated 1860, hangs on the west wall, showing the church interior as it was with the 13th century Aylesbury font, which is in use today. The medieval bell frame tower with cross braces is thought to be 15th century. The current bells were cast on site in the 17th century. The framed armorial picture is dedicated to King Charles (most likely the 2nd, but there is a possibility it could be the 1st). The original medieval painted floor tiles exist in the Sanctuary and Vestry.
Details of the key-holder are displayed in the porch.