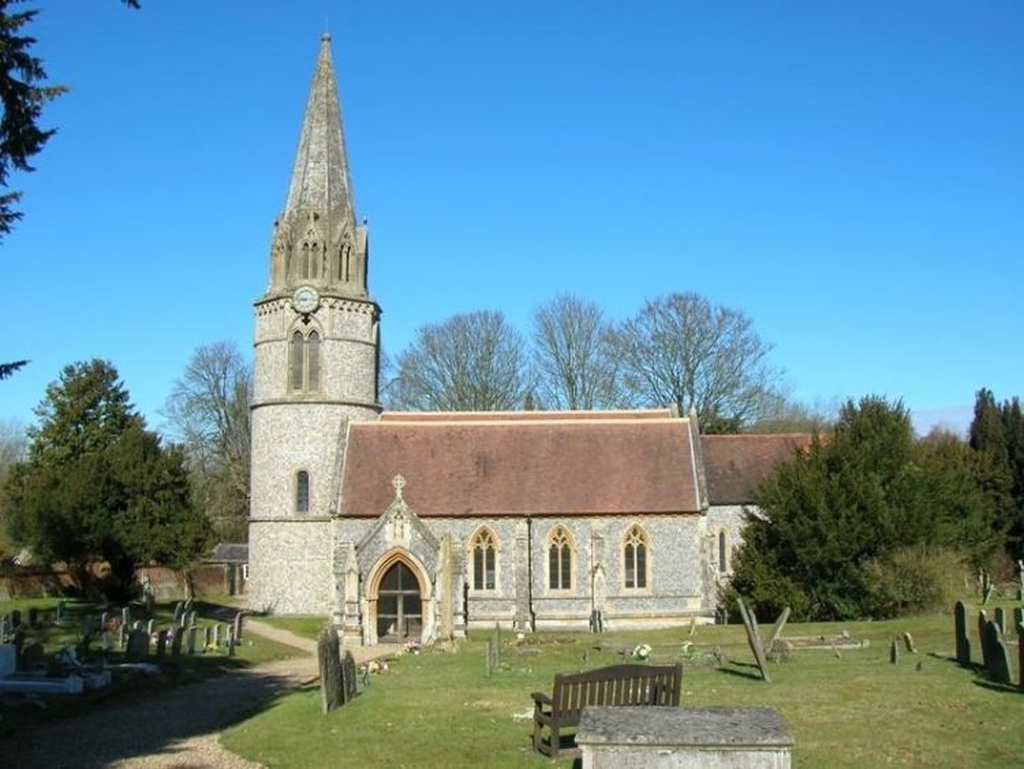 The Welford Parish Church is dedicated to St. Gregory the Great, c. 540-604, Pope from 590, who asserted Rome’s supremacy and exercised almost imperial powers.  In 596 he sent St. Augustine to England on a mission of Christian conversion.  St. Augustine became the first Archbishop of Canterbury. There has been a church on this site for well over 1000 years.  It was mentioned in the Domsday Book of 1087.  The church was demolished and rebuilt in its present form in 1852.  During this work, ancient Saxon foundations were revealed and a silver coin of Edward the Confessor was found in the rubble. In those early days the church belonged to the Abbey of Abingdon and it continued in their ownership until the dissolution of the monasteries in 1536. The Saxon church gave way to the Norman building, which in turn underwent extensive alteration in the 13th century when the early English spire was added to the Norman tower.  In the perpendicular style of English Gothic building, changes were made in the nave, and until the 19th century, the church presented an interesting combination of these various styles of architecture. Our Victorian ancestors pulled down the old church in 1852 and various parts of the ornamental work were carried to Wickham, tow miles south of Welford, and used in the building of a vinery (now demolished) for the Rectory.  The church was re-erected on its former foundation, with the addition of a north aisle.  The work took three years to complete and the first service in the new church was held on the Feast of the Annunciation 1855. The tower is the only part of the church in its original form, although during the rebuilding, the tower was presumed to be unsafe so it was taken down, all the stonework carefully marked, and then re-erected in its former place.

The churchyard, including the ground on which the church is built, measures just over one acre.  The burial ground serves for the whole Parish, and it has been calculated from the Register of Burials kept since 1559 that well over 20,000 souls have been buried therein.  The church consists of chancel, nave, north aisle, south aisle and western tower opening into the nave.  Externally the building is of flint faced with stone.  The walls of both church and chancel are cased with stone and the floor is tiled. There are four 13th century sedilia on the south wall of the sanctuary which are arguably the most remarkable in Berkshire.

All the carvings in the nave were executed during the rebuilding of the church in the 19th century.  The font is early English or possibly late Norman and is circular in shape with interlaced arches resting on 17 pilasters.  The east window of three lights represents the closing scenes of our Lord’s life.  The two windows nearest to the east window represent St. Gregory and St. Augustine, the two north windows St. Matthew and St. Mark and the south windows St. John and St. Luke.