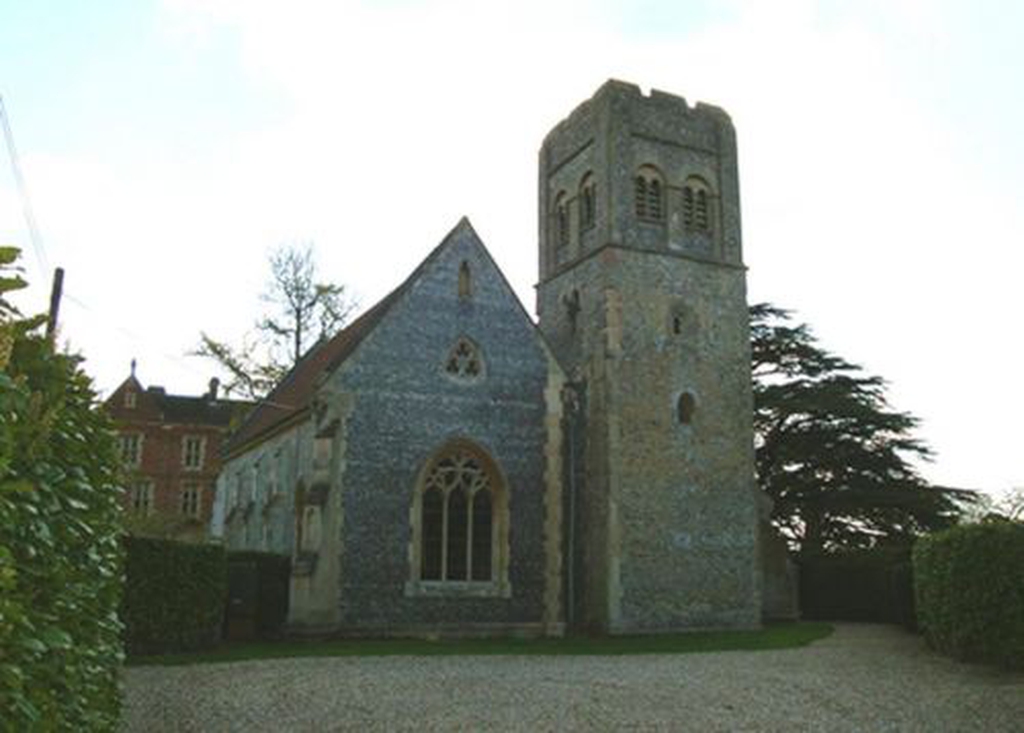 Wickham was granted to the Monastery of Abindgon in 686 AD by Ceadwalla, King of Wessex and until the Dissolution of the Monasteries in Henry VIII's reign the Priests of the Parish were monks. The patronage is now the gift of the Bishop of Oxford.

The Chapel stands on the site of a Roman Camp and was widely restored by William Nicholson during the last century, although the Tower was almost untouched during this work. The Tower, which is the oldest in Berkshire, was originally build as a watch and beacon tower.

When William Nicholson restored the chapel in 1845 he unusually added papier mache elephants from the Paris Exhibition.

The organ is a three manual Bevington given in 1842 while the Mid-Victorian font is copy of an older one in Bradford Abbas in Dorset, with a cover worked in New Zealand and shown at the Crystal Palace Exhibition in 1862.

A glass case in the church houses a chasuble which is thought to be one mentioned in 1552, along with a chalice pall from a church in Jerez, Spain which was embroidered in 1885.

Wickham is part of the parish of Welford with Wickham which is, in turn, a member of the West Downland Benefice. Services are held on the third sunday of each month at Welford church (details on their site).

Visitors are always welcome at any of the churches in the West Downland Benefice - Brightwalton with Catmore, Chaddleworth, Fawley, Leckhampstead, Great Shefford with Shefford Woodlands and Welford with Wickham.