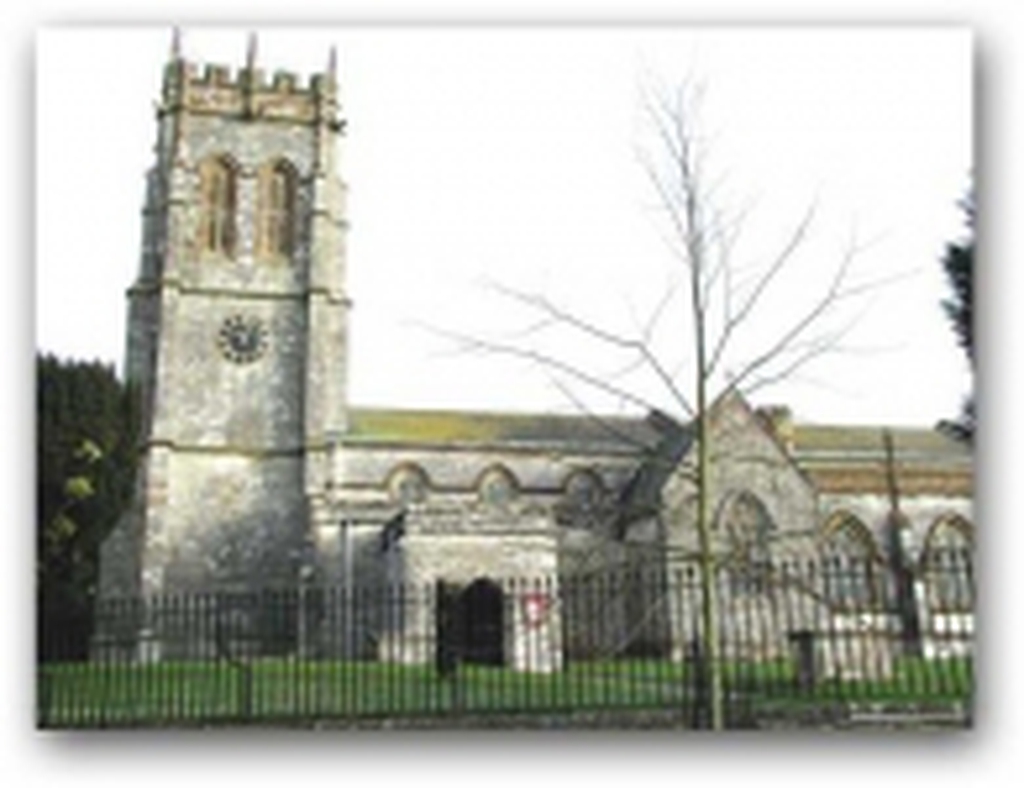 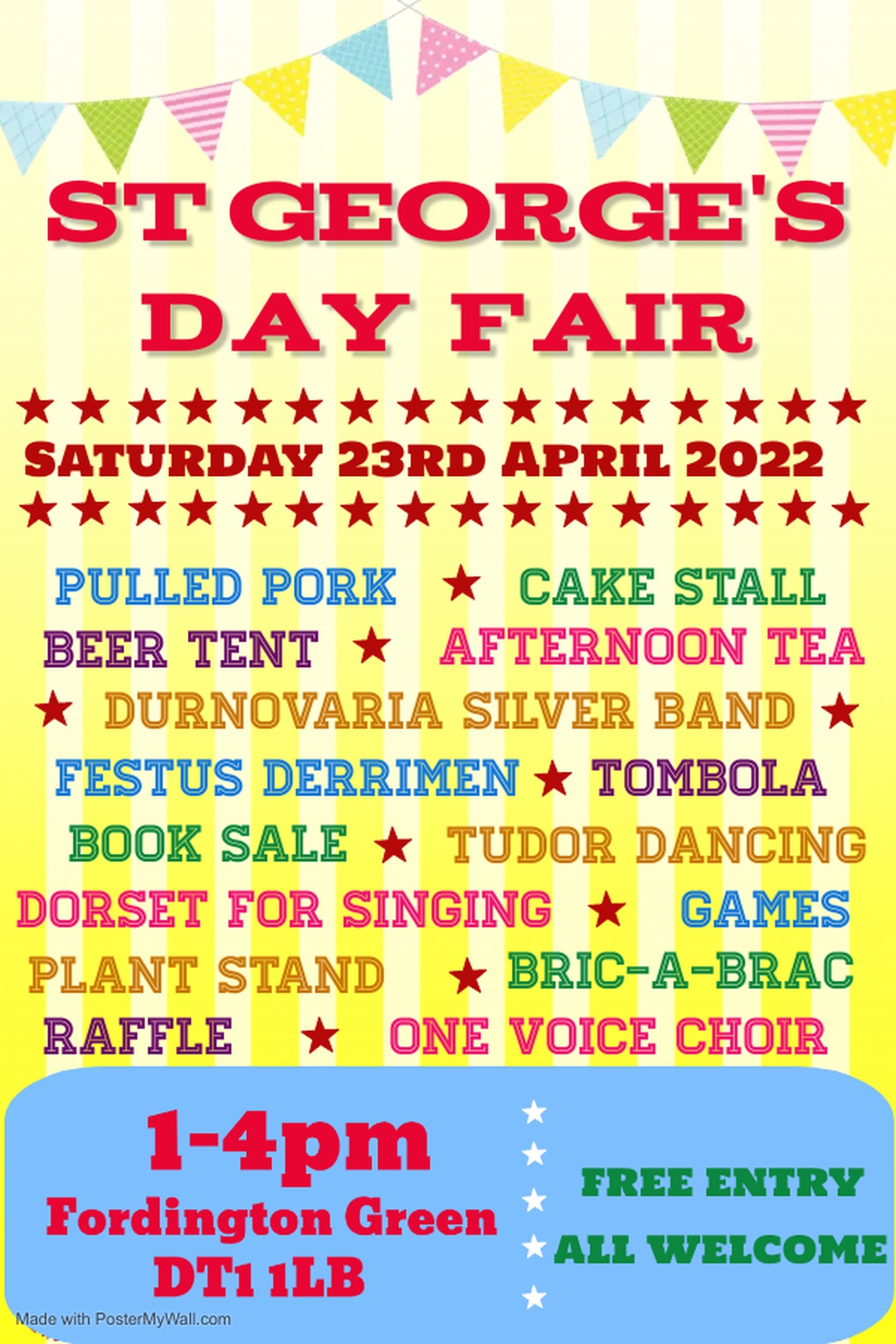 The church stands high on a hill top, the tower is 15th century and is embattled with pinnacles. This church has a great treasure, a Roman stone, a block of Purbeck marble, engraved and the earliest inscription known in the county. A tribute to a Roman husband and father exiled in Britain from his family and reads:-
'To Gaius Aristobulus, a Roman Citizen, aged 50. Rufinus and Marina and Avita his children. Erected by Romana his wife.' In the valley of the river Frome below are the graves of German soldiers who were held prisoner here during the Great War.

The entrance hall (Narthex or some denominations refer to it as the vestibule) has a Tympanum stone situated above the door leading into the church. It is said to be of great antiquity and may have been given to the church by William Belet who was rewarded with the 'Manor of Fordington' by William the Conqueror. It is recorded that St George came to the assistance of crusaders on both the first and the third crusades.