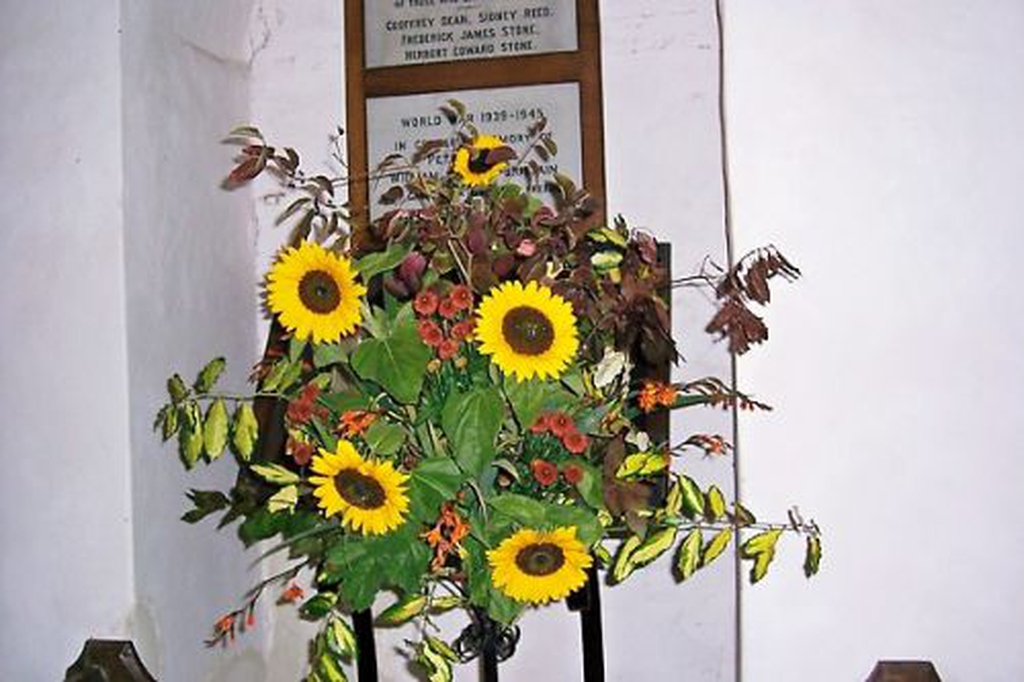 St Martin White Roding is one of four Churches in the South Rodings Parish in the Deanery of Dunmow & Stansted and in the Diocese of Chelmsford. The church stands hidden in the centre of the village but is approached by a pleasant tree lined drive. Parking is sufficient but not perfect. St Martin is a grade II* listed building of flint and rubble some of which is probably more than a 1000 years old. The nave is Norman and the tower, which is partly built with Roman bricks from nearby Colville Hall, is sixteenth century. The interesting wooden framed porch is fifteenth century and has a very special Norman door furnished with thirteenth century iron work. Inside the impression is of a very plain and simple church with no stained glass which makes it light and airy. A toilet and servery were added in 2012 and the interior was redecorated in 2013.
The churchyard is well kept and much frequented by those visiting graves. St Martin is the largest of the four South Rodings churches seating about a hundred and twenty. The church is fortunate in having an excellent Bevington double manual pipe organ. There are two services a month with both Common Worship and the Prayer Book being used.
There has been a successful initiative to involve children and their parents in the preparation for and running of the Family service (renamed  All Age Worship in 2015). As a result there has been a considerable increase in the number of children, mothers and fathers attending this service and new families have been attracted to the church. The church has been used for concerts and flower arranging demonstrations. On the day of the village fete trips up the tower have been organised and teas served in the churchyard and records from the Records Office made available for viewing in the church.