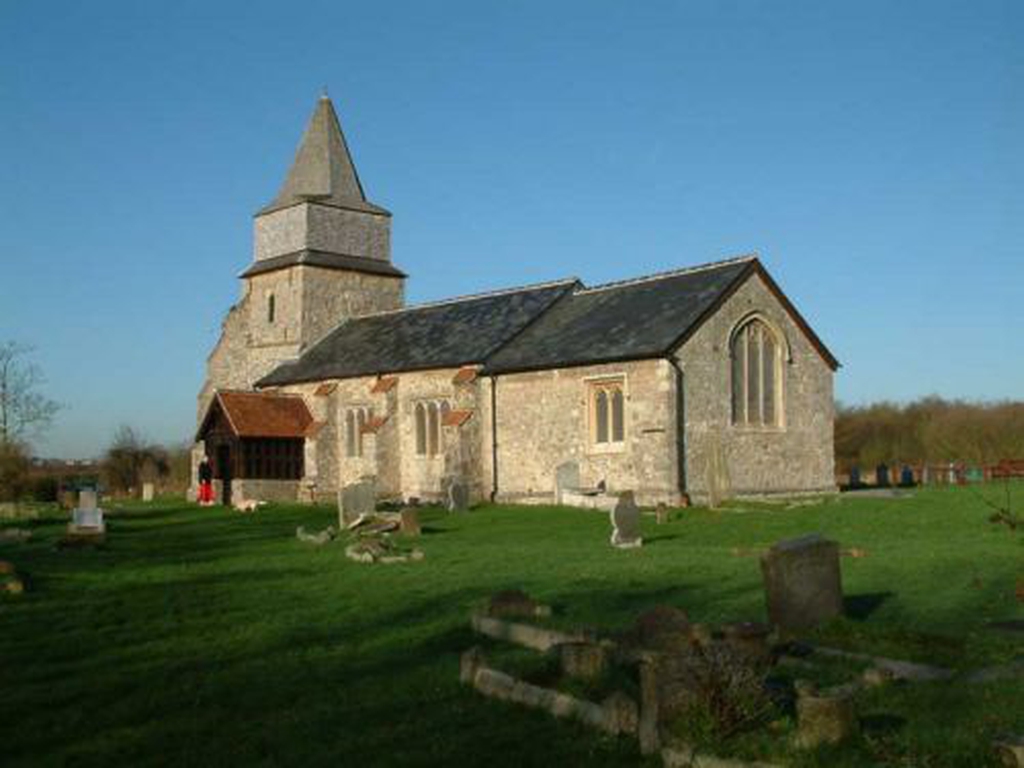 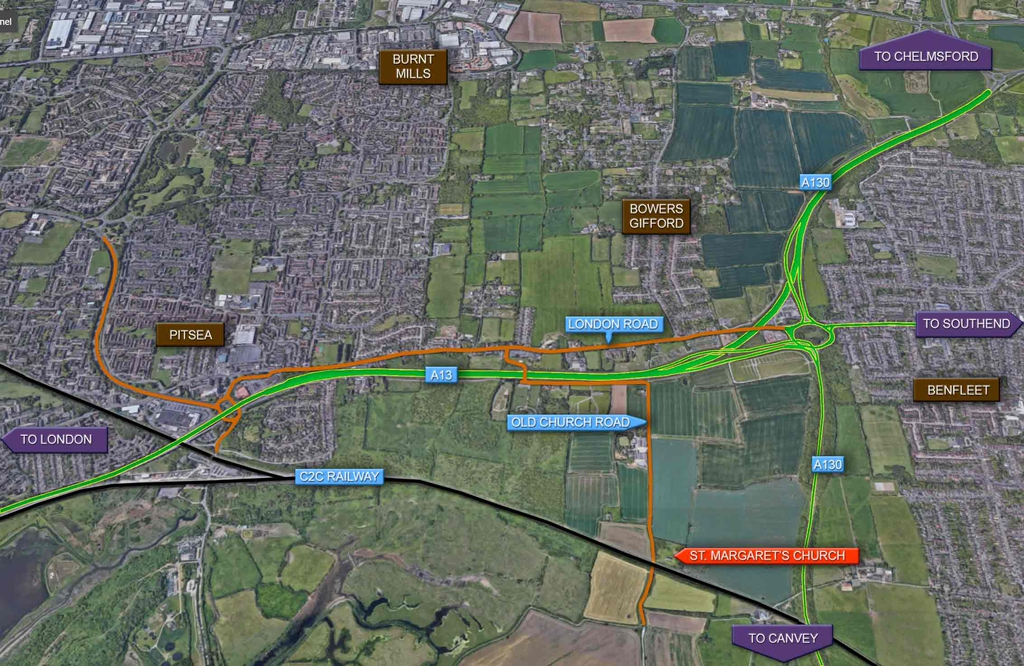 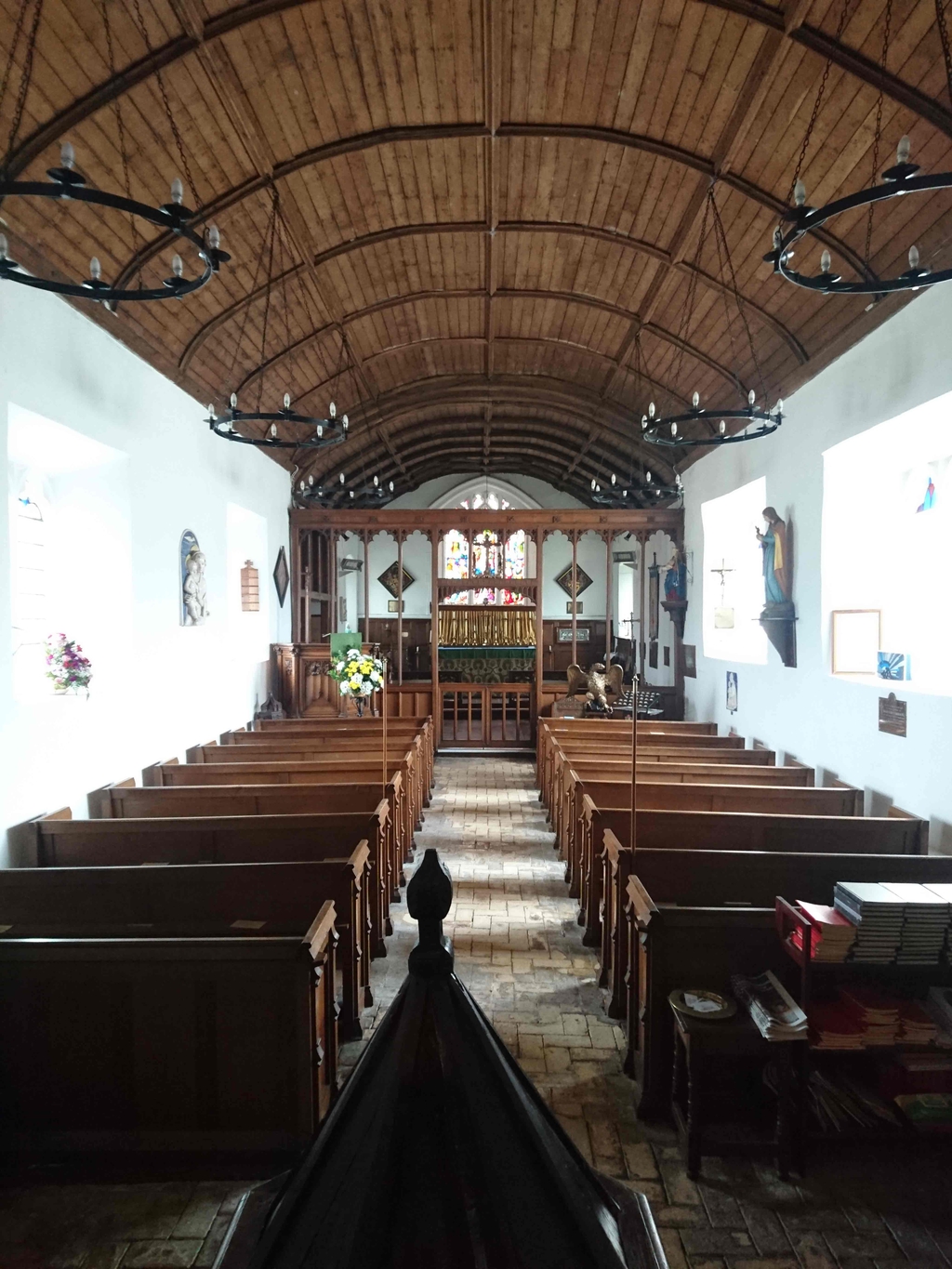 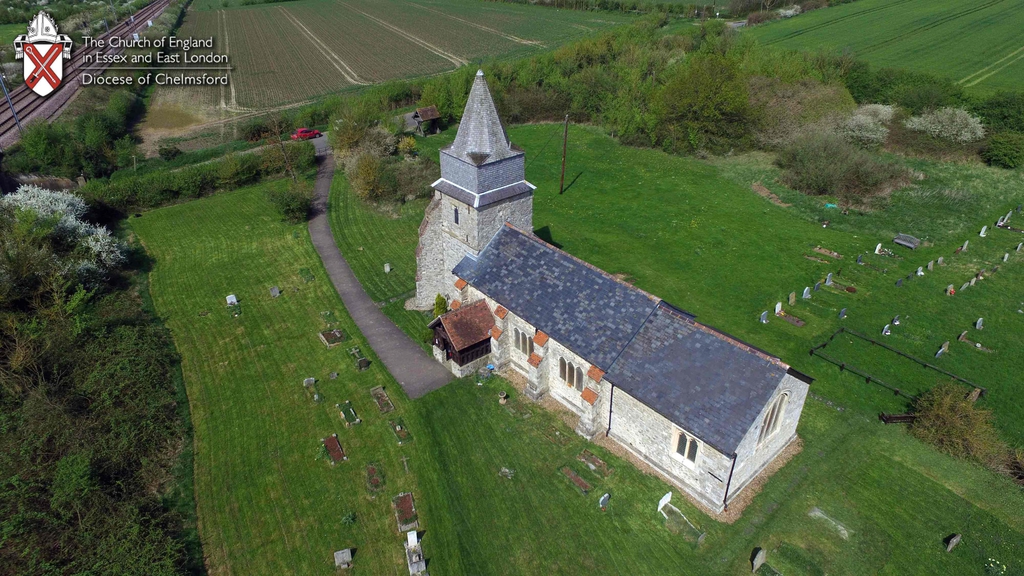 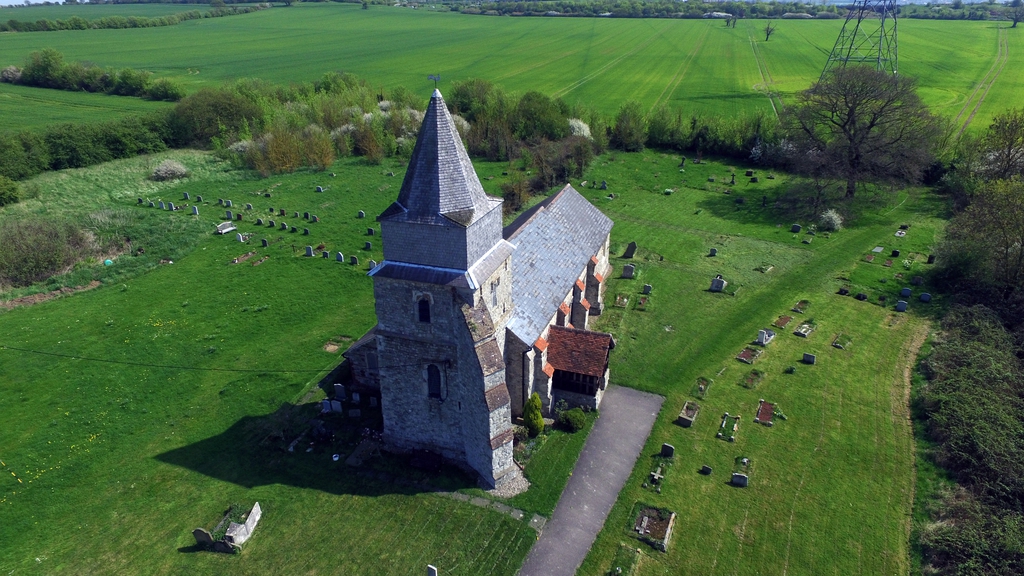 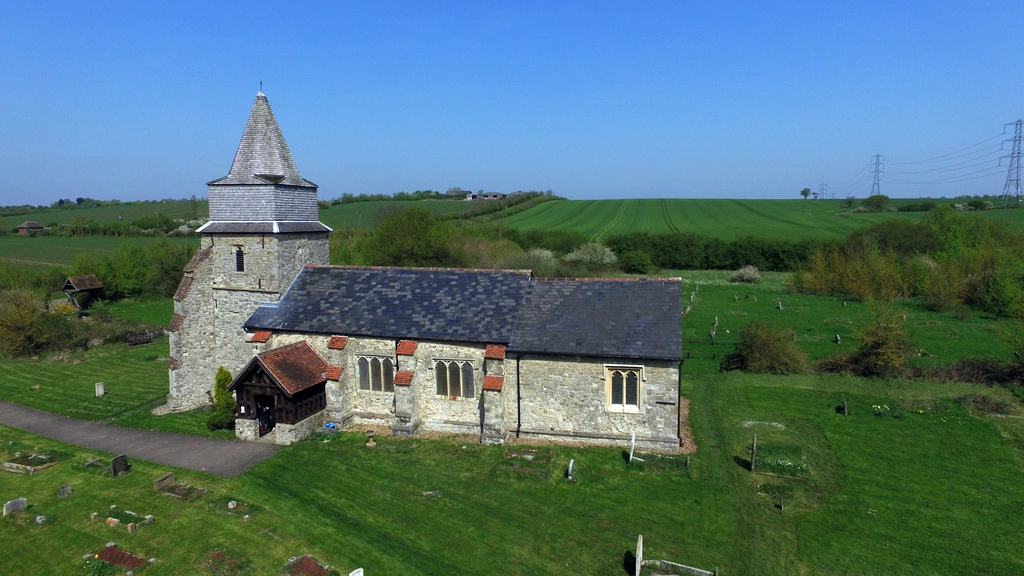 There has probably been a church on the grounds since Saxon times and the original would have been made of wood.A stone church was built by Sir John Giffard in the early fourteenth century and traces of this building still remain in the South wall (circa 1320) and West doorway. The church was a gift of the Lords of the manor, the Giffards, who eventually gave their name to the small village of Bowers Gifford.

Sir John fought in the battle Crecy and there is an incomplete brass of him in full armour in the Sanctury. The church is built mainly of Kentish ragstone with a tower and wooden spire which was added in Tudor times. In the bell tower, which is reached by twenty five steeply winding steps, three bells are housed, all of which are original fourteenth century. The bells are amongst the oldest in the County and are still rung regularly. There is also a fifteenth century Piscina (free standing basin for washing sacred vessels) and a sixteenth century wooden Font cover. The glorious East window won a prise at the Paris exihibition of 1870 and was installed at the church in 1871.

Several times during it's history the church has fallen into neglect, it was almost entirely rebuilt in the sixteenth century but fell into disrepair again in the eighteenth century when it was used as a barn. Restoration work still continues and in the summer of 2000 the Steeple, which had been perforated by Woodpeckers, was restored thanks to a donation by the Cleanaway Pitsea Marshes Trust, which also generously helped to fund the restoration of the roof in 2003.

Services are held every Sunday (see our church diary for full details) and it is used regularly for weddings, baptisms and funerals. Our devoted Parish volunteers battle with nature every year to maintain the grounds and it is heart warming to see the grounds looking better every year as we gradually win back the full extent of the Graveyard.

We hope our friendly, welcoming and loving Parish continues to grow so that the church and grounds can be enjoyed for generations into the future.