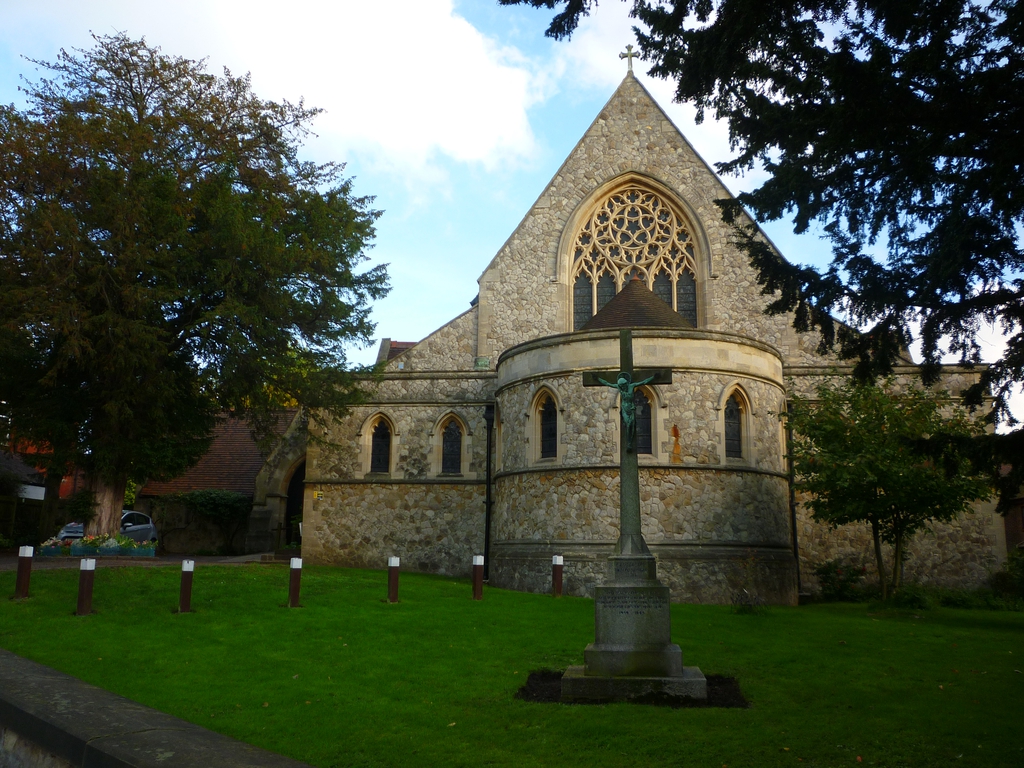 It consists of a wide nave, north and south aisles, transepts, and a chancel behind a nave altar dais. On the south this is flanked by a chapel dedicated to those who died in the battle of Gallipoli. To the north of the altar are the organ chamber, vestry and sacristy. The west end terminates in a semi-circular narthex, formerly the baptistry. The south porch has been modified to form a tea kitchen. The north porch is unaltered, but the main entrance is now via a second porch on the north which is also the entrance to the church hall which abuts the church.
×