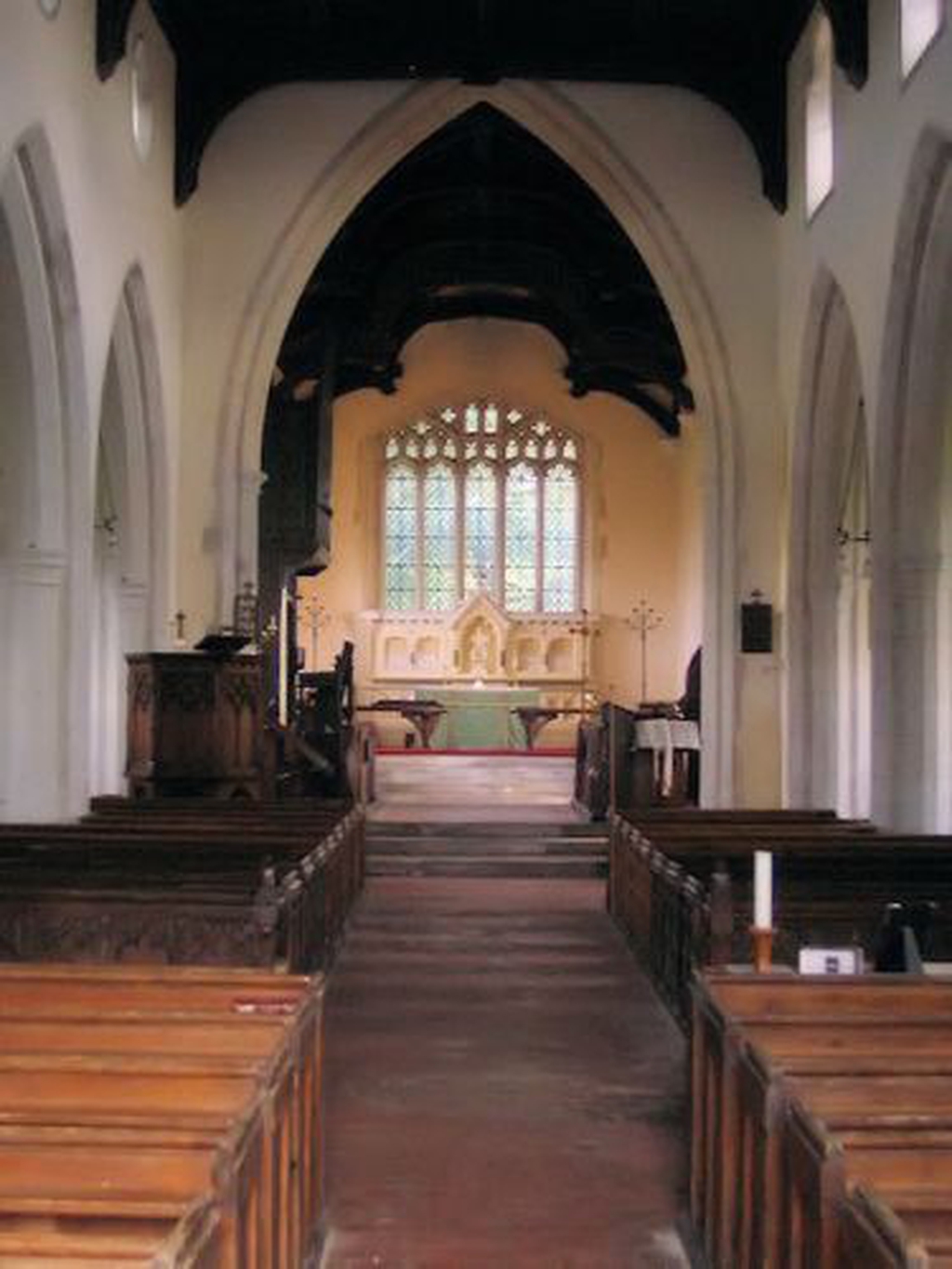 Chrishall: Holy Trinity
Services and events
News and notices
About us
Find us
Church Road Chrishall Royston
Get in touch
01763-838703
Facilities
More information
Edit this church

Holy Trinity stands on an ancient site that is believed to have once formed the heart of the medieval parish. Designated by the Diocese of Chelmsford as a 12th century grade I listed building, the church now sits within extensive surroundings at the extremity of the parish. Where it was once surrounded by houses and commerce, it now lies significantly apart from the more contemporary village centre.

Between 1867- 69, the two clerestory walls, the chancel arch, its piers and parapets, and the north porch were completely rebuilt, the latter being ‘in a ruinous state’. The roofs of the nave and south aisle were also completely replaced. In 1878, the vestry was added on the north side, destroying the middle window of the chancel north wall. A new reredos and the organ were added in 1889. The robust tower, constructed in flint in the Norman style, was restored in 1914 and contains a peal of six bells, the oldest of which date back to 162. All are rung regularly.

Holy Trinity was described in White’s Directory as ‘a fine antique structure, consisting of a nave and aisles, a chancel, and a stone tower, crowned by a handsome spire.’ Pevsner was less than excited about the building, commending only some ‘uncommonly important and satisfying brasses’ and the font. Holy Trinity was appropriated, at an early period, to Westminster Abbey, and contains some ancient brasses, one of which is in memory of Sir John de la Pole, who died in the 14th century. An elegant monument in the chancel is in memory of Sir John James, knight, who died in 1676.

Work is currently underway to make the building fit for purpose in the 21st Century. By the end of April, 2009, the floor area of the Bell Tower will be converted into a lavatory and storage area, hidden behind a carved oak screen. Above will be a new bell ringing floor, with a glazed barrier. Adjacent to the Tower, at the end of the north aisle, will be a refreshments facility and an improved childrens area.

The church is one of seven in The Parish of The Icknield Way Villages, created in December, 2008. For details of services in the parish, go to www.icknieldwayparish.blogspot.com and click on Services.