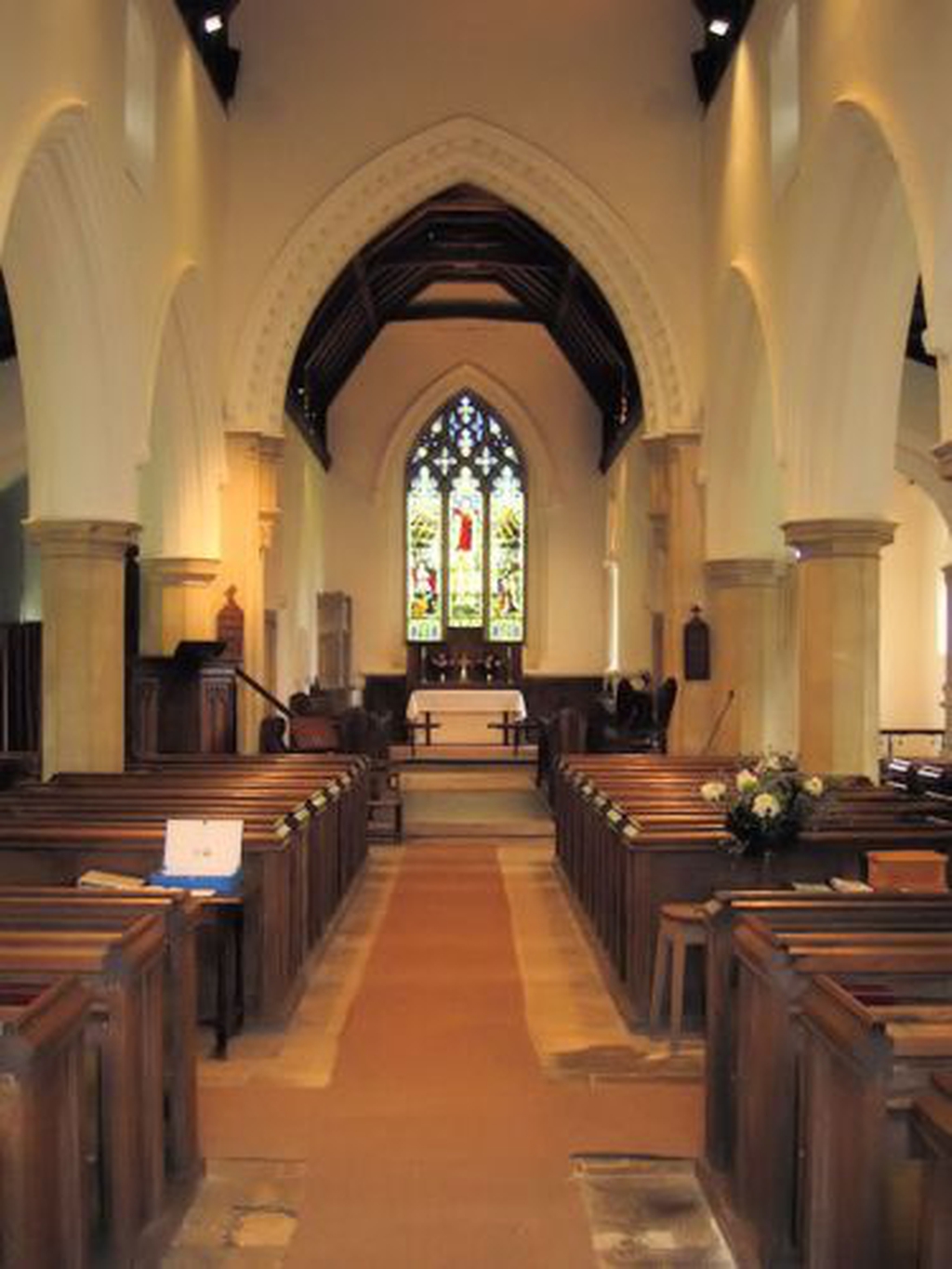 St Nicholas stands on an ancient Roman site, with funerary pottery discovered in the churchyard. In 1179 Richard de Luci, chief justiciar to Henry II gave the parish of Elmdon to his new foundation, Lesnes Abbey in Kent. The earliest surviving elements of the building above ground are of the building erected by Lesnes Abbey, but everything apart from the tower was heavily restored in the 19th century.

The chancel is in the Decorated style, dating from c.1320 and was virtually rebuilt in 1879-80. The east window, a memorial to Robert Fiske Wilkes (vicar 1842-1862) and his wife is by Clayton and Bell, 1911, and is a representation of the Ascension of Christ. Against the north wall stands the chest-tomb of Sir Thomas Mead, a judge of the Queen's bench (d. 1585). The tomb is constructed of Purbeck marble and contains a carved inscription and arms. In the chancel floor are two 16th century memorial slabs with brasses.

The pilllars of the nave probably stand on 14th century bases, but the pillars, aisle windows and roof are all Victorian. The modern font rests on a 14th century base. Nearly all of the woodwork throughout the church is of english oak.

The south chapel was rebuilt in 1906, but contains a piscina of c.1400. The panels of the 17th century stained glass in the east window, which include a small sundial, and the elegant Royal Arms on the south wall, are from the nearby and now redundant Lofts Church (St Dunstan's, not accessible to the public), once a separate parish.

The west tower, in Perpendicular style, is 15th century, with a single buttress, a stair in the north west corner, four gargoyles and 19th century battlements. The wind vane is in the form of an early Christian symbol, a fish. The peal of six bells - the third by Richard Keene (1700), the remainder by Mears & Stainbank (1847 and 1875) are rung regularly. The clock strikes quarters and hours. In the base of the tower lies the grave slab of William Lucas and his wife Katherine, c.1460, removed from Lofts church. the brasses are incomplete, with that of their eldest son, abbot of Waltham Abbey, missing.

The single manual organ, by Bates & Son of Ludgate Hill, was built in 1860.