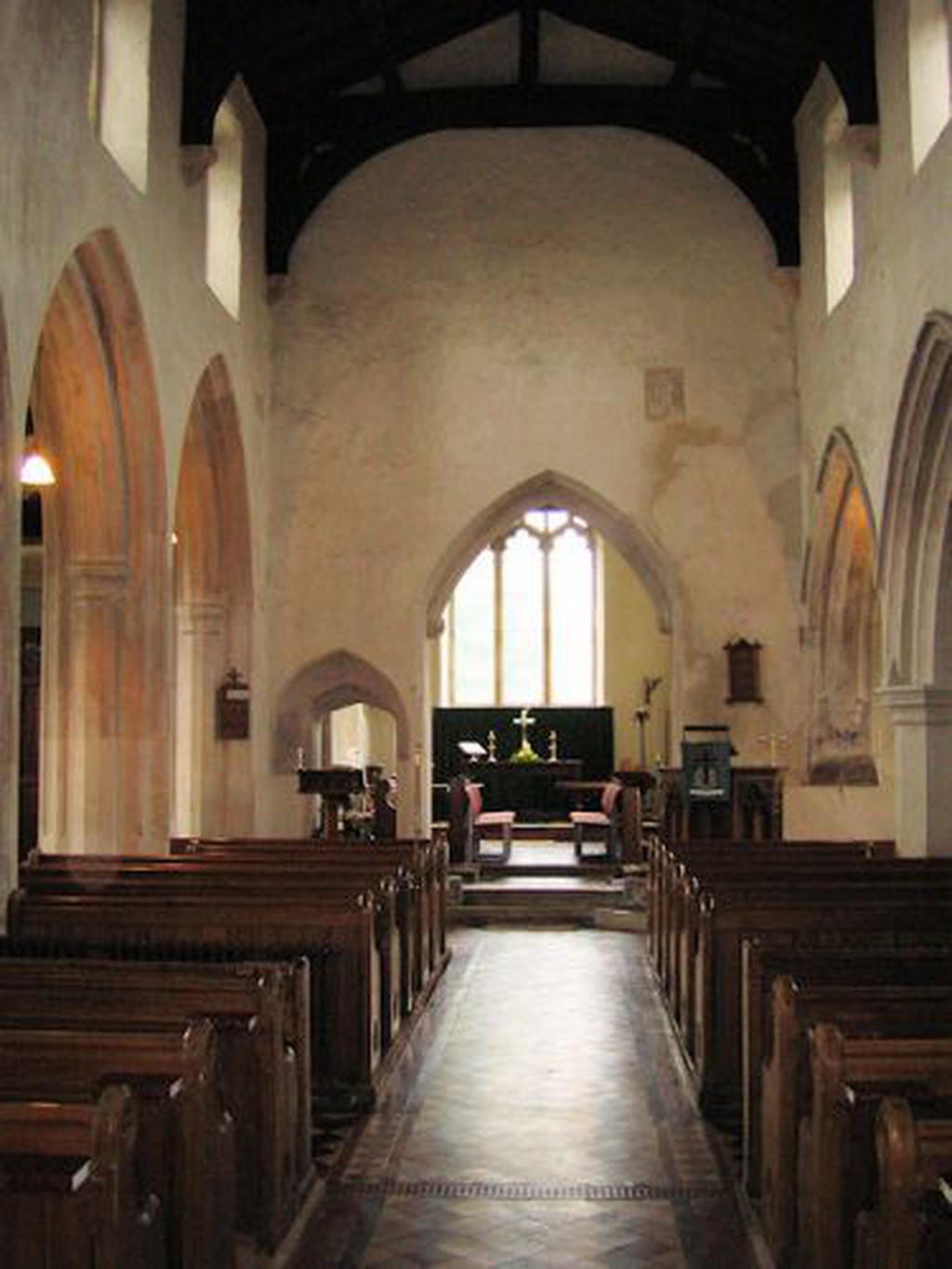 The church is a fine example of late Decorated and Perpendicular architecture, built of local flint and imported stone. The 14th century chancel arch, resting on demi-figures of angels, is narrower than the present nave and out of line, caused by the later extension of the north arcade.To the left of the chancl is a broad squint. The south porch formally had an upper chamber and contains a holy water stoop with a curious carved shaft. The tower, originally topped by a small spire, contains a peal of five bells, four of which were made by William and Philip Wightman who produced the bells for St Paul's Cathedral. The bells were restored and a new ringing platform installed in 1999.

The dedication of the church to St Swithun suggests an early foundation. In 1136 it was given to the monastery of Walden by Geoffrey de Mandeville and the Abbot and the Convent of Walden became patrons of the church. In 1239 the first vicar was instituted. After the dissolution of the abbey by Henry VIII, the church was granted to Sir Thomas Audley. It then passed on his wife's death to Thomas, Duke of Norfolk, whose son sold it to William Cooke, owner of the nearby Osborne's Farm and whose tablet can be found on the north side of the chancel.

The church was sequestrated during the Civil War and the stained glass and plate removed. A new vicar was appointed in 1661, but a further sequestration occured in 1684. In the 18th century patronage passed to Nathaniel Wilkes and his successors, then to the Cowell family until 1937.

The church was fortunate to escape the disastrous fire in 1798, when eighty per cent of the village was destoyed, although the church records were lost. Later papers were badly burned in a vestry fire in 1941.