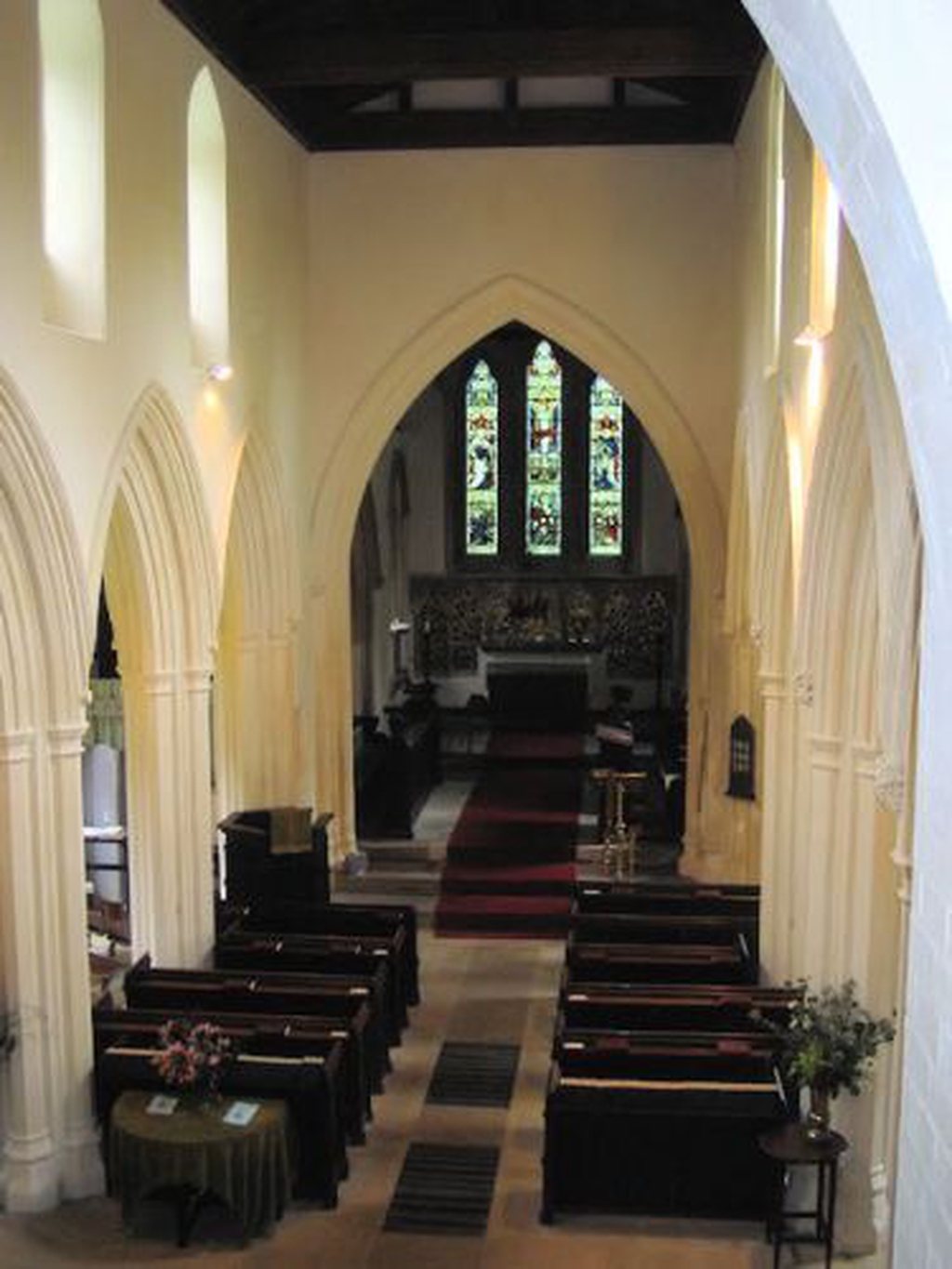 Heydon: Holy Trinity
Services and events
News and notices
About us
Find us
Chishill Road Heydon Royston
Get in touch
(01763) 837272
Facilities
More information
Edit this church

The stone arch surrounding the north door of Holy Trinity records that a place of worship was established on the site in 1298 but there is little doubt that a church was established there long before this date, a "Vicar of Heydon' being recorded as early as 1164. On the exterior of the chancel, the ground works at the base of each wall contain ventilation shafts, suggesting a charnel house of medieval bones stored beneath.

The building is Grade II* listed. The fifteenth century iron key for the lock on the old south door is a rare pre-Reformation example, with a beautiful traceried pattern of the bow; at around 28cms long, it's somewhat unwieldy - but also too rare and valuable - to use routinely. The church also possesses a delightful communion cup and cover of 1562 and a fine paten of 1755.

However, one of the most notable possessions of the church is the set of parish registers found undamaged in the parish chest - six years after the bomb damage of 1940. It records various repairs and improvements in the mid 16th century, including the repair of the steeple, stonework, buttresses and windows and the erection of a sundial. The burial register for 1603 records that ten villagers died of the plague.

In 1852 the gallery at the west end was taken down and the tower clock installed. In 1853 the organ was built by J W Walker of Brandon, Suffolk, the supplier of organs to the crown, for the then very considerable sum of £115. In 1865 the chancel was restored, the chapel over the Soame vault (Sir Peter Soame died in 1798) removed to allow provision of an organ chamber and vestry, and the third of the five bells re-cast. In 1874-5 work was recorded to restore the porch, south side of the nave and south aisle. The north castellations were replaced in 1893. In 1904 a stained glass window at the east end of the church was commissioned from C E Kempe, with St Peter pictured holding Holy trinity's medieval key. A further two windows were commissioned in 1919, the exquisite stained glass showing St Francis of Assisi and St Paul.

In 1940 a stick of enemy bombs fell near the church, collapsing the tower and most of the north side of the nave and the north aisle. The display in the south aisle of images of the wartime damage are reminiscent of the London Blitz, with a hideous tangle of masonry and roof timbers filling the centre of the building. Amazingly, the 1852 Walker organ survived and was re-built by Bevington & Sons in 1945. The chancel was restored in 1952 and the remainder, the nave and tower, completed in 1956. A collection of oak pews from other churches and a new tower clock completed the works in time for the service of re-dedication that year.

The church is one of seven in The Parish of The Icknield Way Villages, created in December, 2008.For details of services in the parish, go to www.icknieldwayparish.com and click on Services.