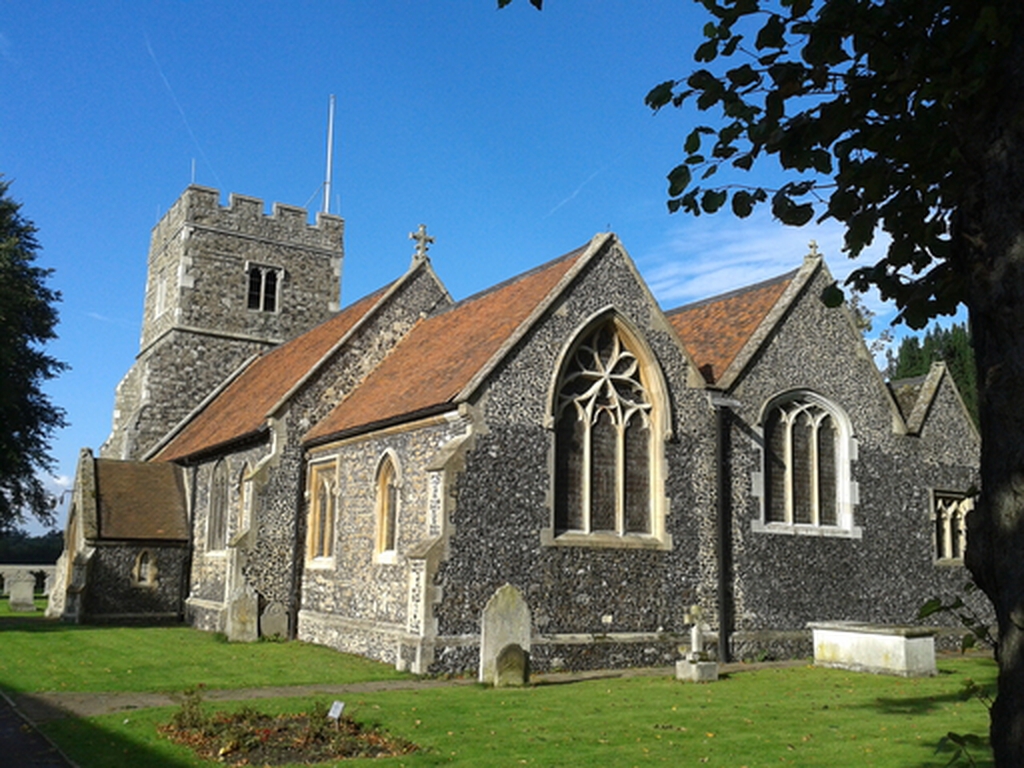 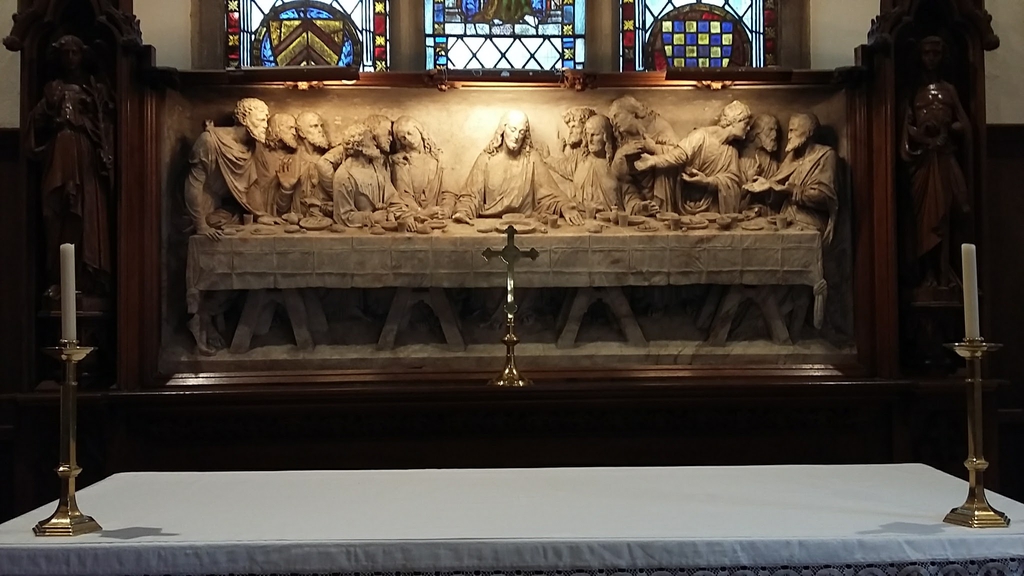 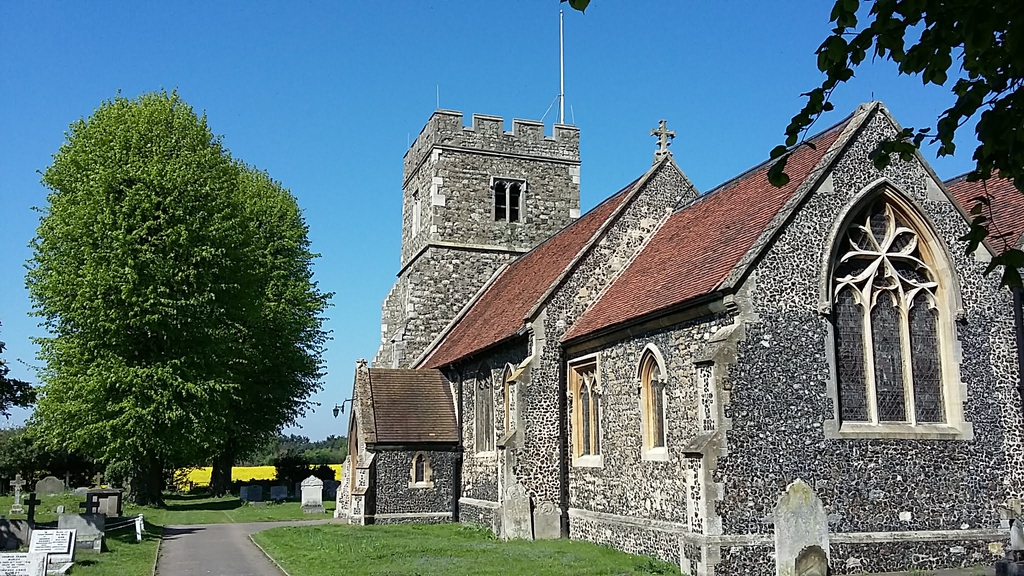 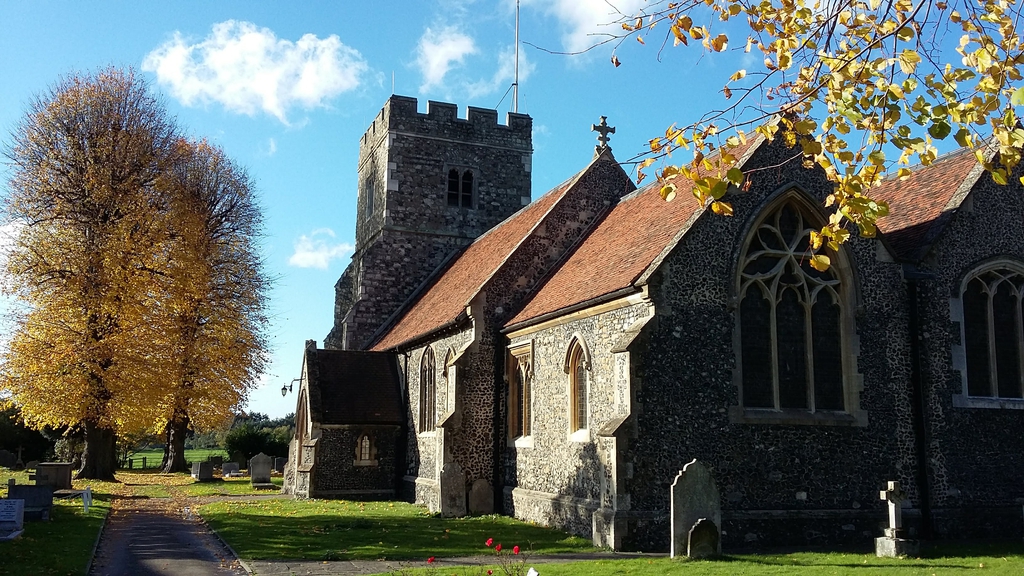 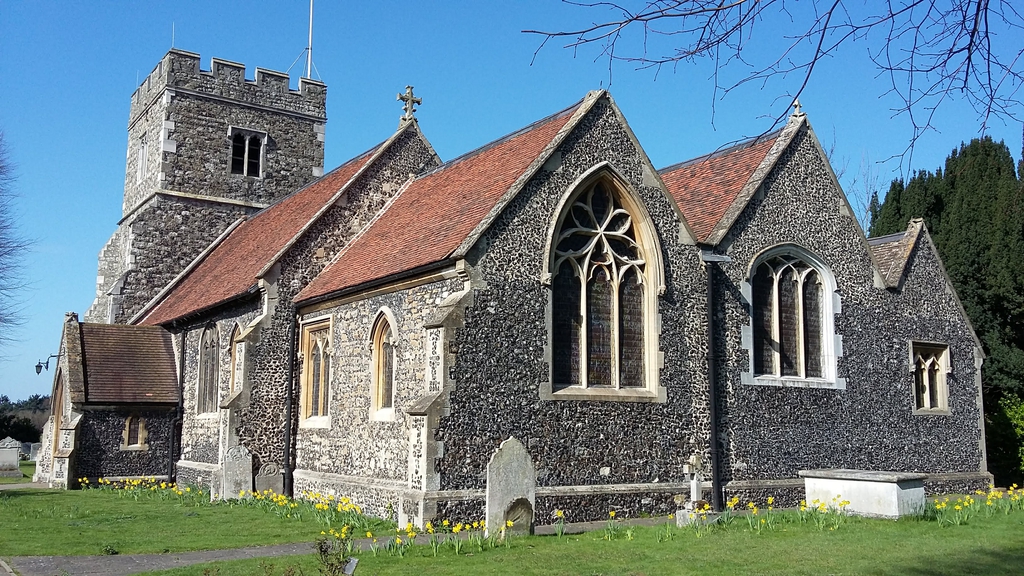 You might pass through the village of North Ockendon without noticing the Parish Church as it is situated in a cul-de-sac called Church Lane, off the B1421 road from Upminster. Along this lane on the left is the former village school built in 1842, which, since its closure in 1981 was used as the Church Hall, but is now converted into two private residences.

The church itself is further down the lane, approached by an avenue of lime trees, and is built of flint rubble and ragstone with dressings of Reigate stone. For many years the walls were covered with ivy which was not completely cleared away until 1959.

How old is the Church?

The original Church on this site was certainly built before 1075 AD. It is thought that the history of the Church dates from 630 AD when St. Cedd, Bishop of the East Saxons converted people of the area to Christianity. A legend suggests that baptisms were carried out by St. Cedd in the spring-well situated to the south west corner of the Churchyard. If this was the Pilgrims Way, there is no doubt that the area would also have been used by pilgrims from the north and east on their way to cross the Thames en-route for Canterbury.

The original small Norman building has been enlarged many times over the centuries. The Church’s present appearance dates from the major restoration of 1858.

The church stands to the west of the village. The building is Norman, with a fine south doorway with columns; the arch over, decorated with zig-zag, is stilted. The north aisle and north chancel chapel are later, of the Early English period. The piers vary in date and style; two bays have a circular 13th century pier, and the north chancel chapel has a quatrefoil pier of the Perpendicular style. The east arch is 15th century, as is the chancel arch. Of much interest are the numerous monuments to the Poyntz family, who were lords of the manor from about 1350, inheriting it from the Baudwin family. There are brasses and a fine alabaster tomb chest, with effigies of Sir Gabriel Poyntz and wife (1607) perhaps carved by Gerard Johnson, a famous Dutch sculpture, together with other important monuments to them. Also to be noted is a 13th century stained glass window of a female saint (St Helen?); and the pulpit, which is probably 17th century.
This extract is taken from "Essex Churches" by John Hough, first published in 1983

The condition of the Church and grounds is a wonderful tribute to the people who, throughout the ages, have devoted much time and energy in caring for this lovely place of worship.

The present parish members, who come from both the village and the surrounding area, form an active Christian community, making this Church and it's grounds a beautiful spiritual home for many.