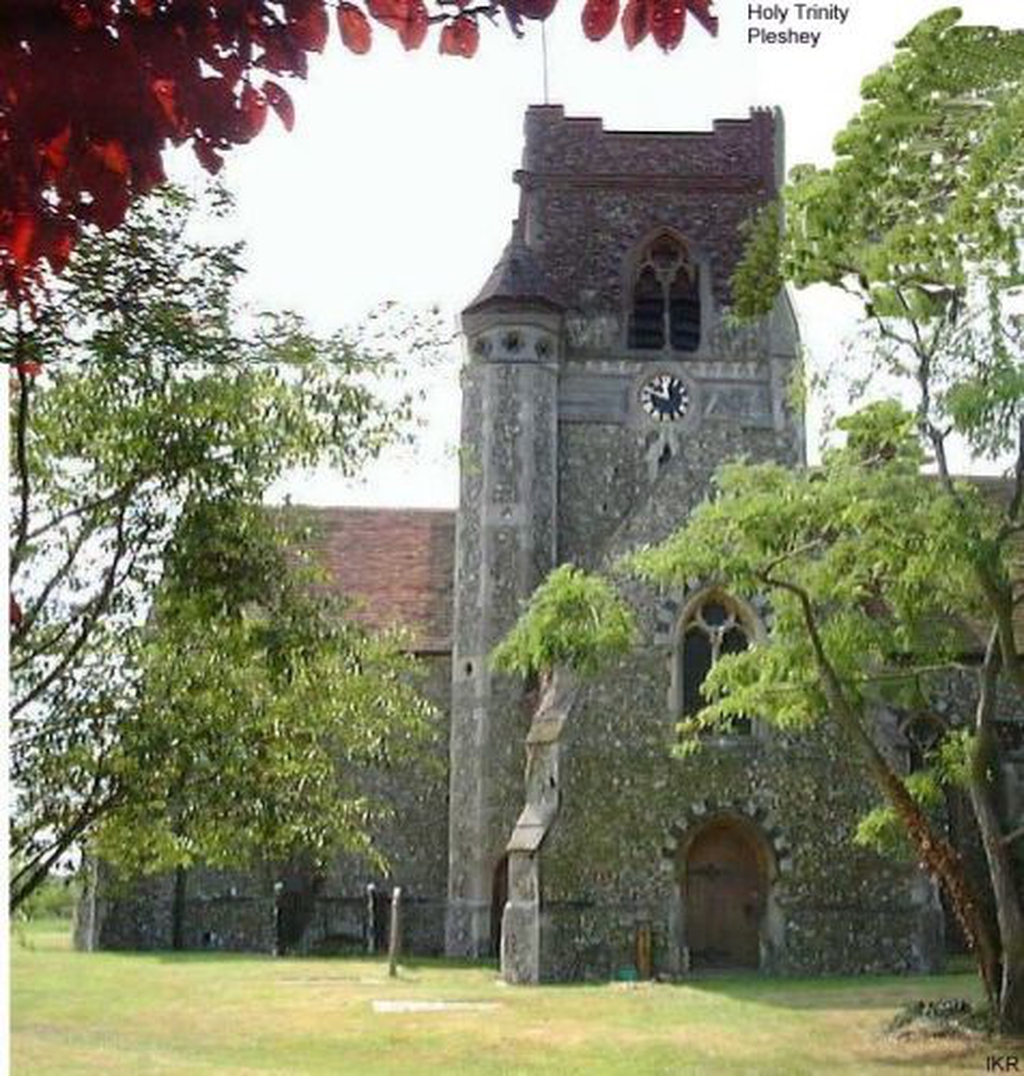 Holy Trinity Pleshey has a mixture of traditional and modern services, including traditional BCP services, Common Worship Holy Communion, Morning and Evening Prayer, and Messy Church. It is a friendly and welcoming church, served by a ministry team of lay and ordained ministers and with a tradition of stimulating preaching. The church is open for prayer daily until dusk.

The church at Pleshey was orginally  part of of a college founded in 1394 by Thomas, Duke of Gloucester, who also held Pleshey Castle. There was already a parish church at Pleshey, but it was apparently on a different site in the NW part of the village as the parson and parishioners gave their consent to moving the church. It is likely that the parishioners subsequently used the nave of the collegiate church as the parish church, as they purchased the nave after the college was dissolved at the Reformation. The church was rebuilt in brick in the C18, retaining only the medieval crossing arches, but  the whole building, except for part of the crossing was rebuilt in 1868. The architect, Frederic Chancellor of Chelmsford and London was a well known church architect who worked widely in Essex, London and elsewhere.

Holy Trinity, Pleshey is designated at Grade II* for the following principal reasons:
* The core of the central tower retains features from a collegiate church of the very late C14.
* It was handsomely rebuilt in 1868 by Frederic Chancellor, a well known church architect, in a boldly picturesque manner, and retains many contemporary furnishings.
* It has excellent C15 tomb slabs and C18 monuments. ( Historical information from English Heritage)

We also have a regular Messy Church for children and families in the Village Hall, and during the summer Pleshey Teas offers tea and homemade cakes in our beautiful churchyard (see details under Events).