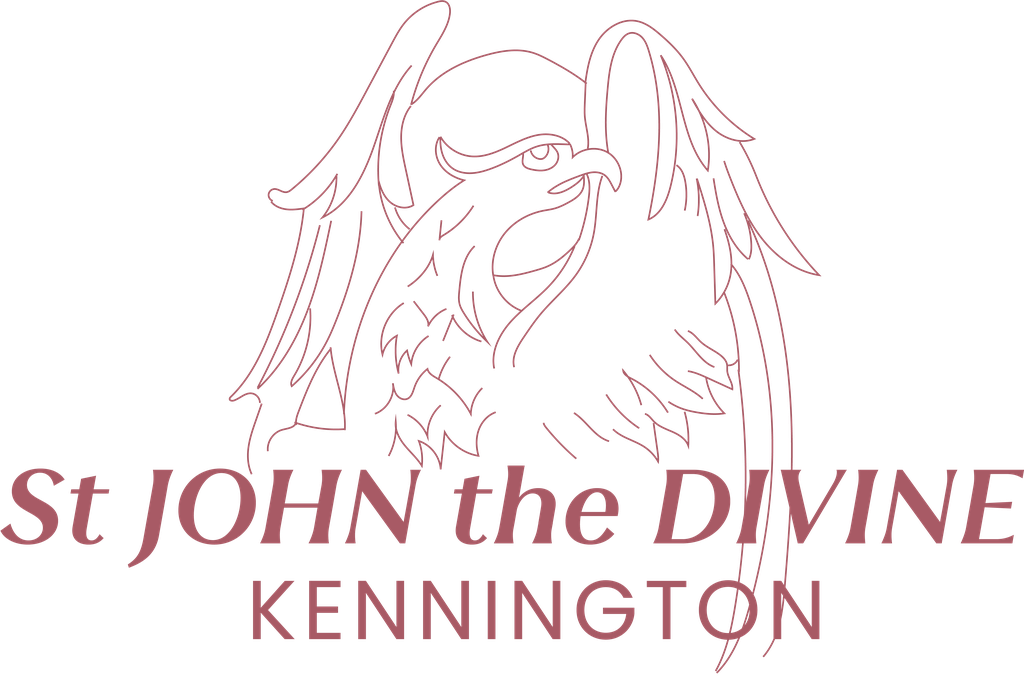 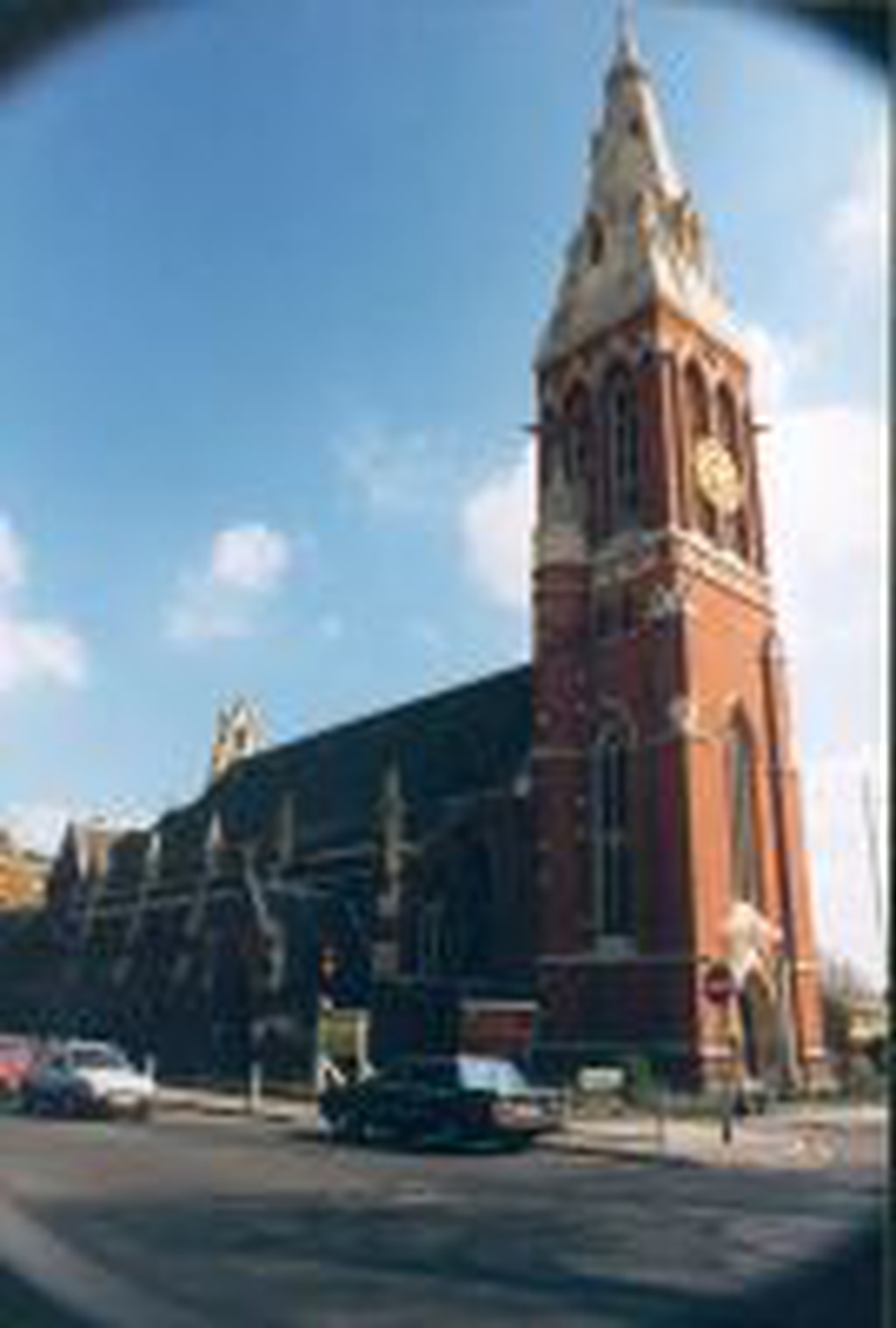 Kennington, St John the Divine
Services and events
News and notices
About us
Find us
Vassall Road Kennington Brixton
Get in touch
(020) 7735 9340
Facilities
More information
Edit this church

St. John the Divine is an Anglican Church (Church of England) in the Parish of Kennington in South London. Daily worship is in the Catholic tradition. We seek to reach out to our local community with the Good News of Jesus Christ. Our parish motto is "Serving Jesus in our diversity as we seek to build his Kingdom".

The church was designed by the architect George Edmund Street (who also built the Royal Courts of Justice on Strand, London) in the Decorated Gothic style, and was built between 1871 and 1874. Today it is a grade I listed building.

The church is regarded as a fine example of Victorian Gothic. The general construction is of red brick, but all parapets, window openings, and doorways are dressed with stone. The upper part of the spire is entirely of stone. It is the tallest spire in south London. The poet Betjeman remarked that St John the Divine was "the most magnificent church in South London." The original church interior was designed by GF Bodley, and was fitted out in a highly ornate style typical of the Victorian era and of Anglo-Catholic churches, including stone carvings by Thomas Earp, wrought iron altar rails, stained glass windows, and a carved reredos painted by Clayton and Bell. The church suffered severe bomb damage in 1941 during the Blitz, and most of the original interior fittings were lost. After years of restoration work under the direction of H S Goodhart-Rendel, the church re-opened in September 1958.

A new set of carved grotesques and gargoyles was added to the tower in 1994. Many of the carvings are in the form of caricature representations of members of the church congregation, the British Royal Family, and the clergy.

Much stained glass was destroyed in the blitz, and it has been replaced with plain glass windows in the north and south aisles, though some original stained glass designed by Charles Eamer Kempe has survived. During restoration, new windows designed and crafted by WT Carter Shapland were installed in All Souls Chapel.

Behind the altar is a set of murals painted by Brian Thomas in 1966. The left-hand panel depicts the Virgin Mary and Jesus in a floral garden. A central panel is decorated with lilies and roses. The right-hand panel is a pieta, with Mary holding the body of the crucified Christ, framed with thorns.

Above the North door hangs the 'Korean Icon'. Designed in the style of a Greek Orthodox iconostasis, it depicts various figures from the Christian Gospels. It was dedicated as a memorial to Bishop Charles John Corfe, who founded the Anglican church in Korea.

On the south side of the nave stands the Kelham Rood, a life-size bronze sculpture of Christ on the Cross together with free- standing figures of St John and the Virgin Mary. It is the work of sculptor CS Jagger (1885-1934), and was completed in 1929.