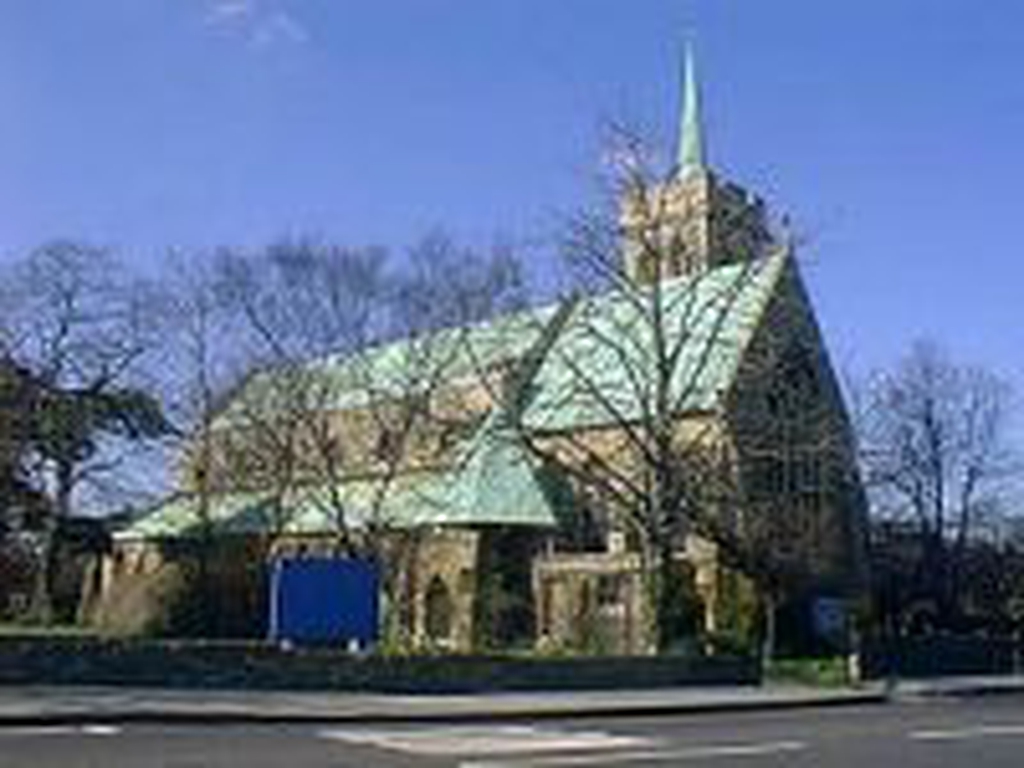 Kidbrooke, St James
Services and events
News and notices
About us
About the church
Find us
Kidbrooke Park Road Kidbrooke London SE3 0DU
Get in touch
(020) 8856 3438
Facilities
More information
Edit this Church
Church of England Diocese of Southwark Kidbrooke

The church was designed in the "thirteenth century' Gothic style, to seat a congregation of 1,000 people.

It consists of a six bay nave flanked by aisles to the north and south with a chapel to the east. The main entrance porch is on the north side together with an unfinished staircase addition and also a tower containing the choir vestry, organ loft and bell chamber. The tower is topped by a short spire. The priest's vestry is in an octagonal addition on the south side of the chancel together with WC and utility room.

Shortly after the church was completed in 1881 serious subsidence occurred in the chancel and the east wall and parts of the north and south walls had to be demolished and rebuilt. Further and more serious damage occurred in the second world war when first a land mine and later a V2 rocket destroyed the octagonal stone spire, the nave roof, windows and much of the interior. The church was rebuilt and refurbished in 1951.

The walls are constructed of brick faced with coursed Kentish ragstone and Bath stone dressings. Windows are in the Gothic style with geometric tracery, stone hoods and carved bosses. Glazing is direct to stone.
×