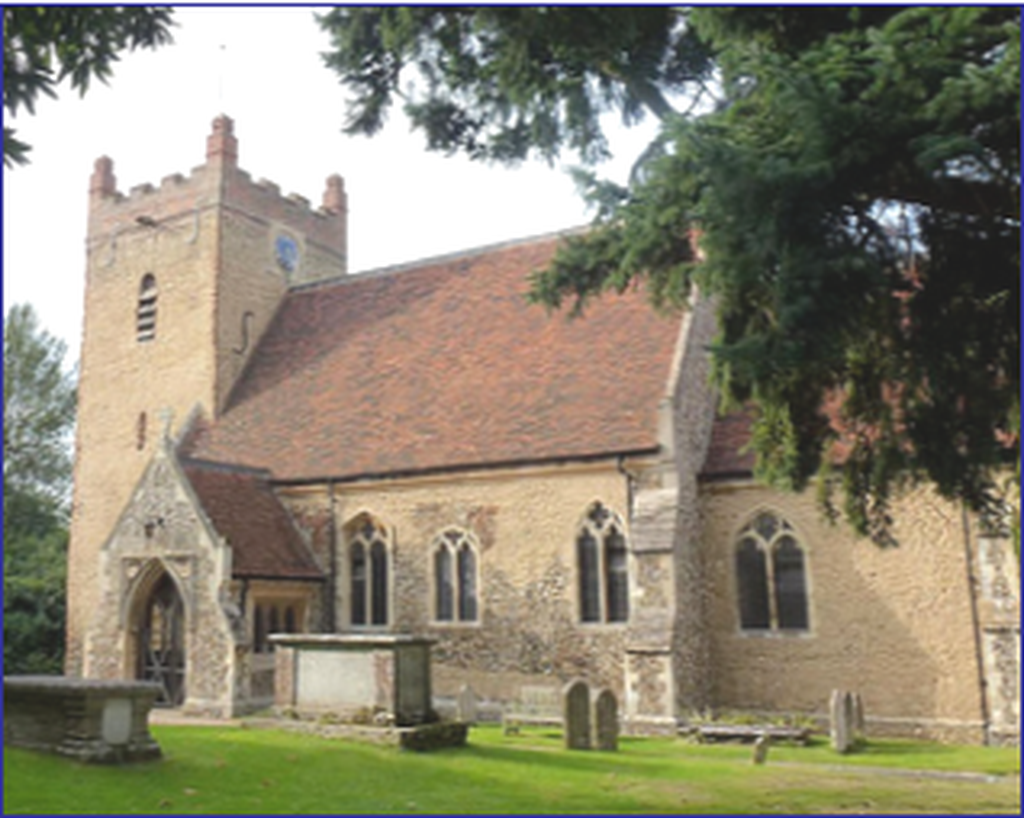 THE SETTING
On a height above the middle reaches of the River Stour, and very beautiful. Just below is Smallbridge Hall, Where Sir William Waldegrave entertained Elizabeth I. On the distant horizon opposite is Arger Fen nature reserve, and the hill upon which Edmund was crowned King of East Anglia on Christmas Day, 856, and, marked by the BBC television mast, the old farmhouse where Martin Shaw composed his hymn 'Hills of the north, rejoice!'.

THE DEDICATION
The church is one of twelve in the neighbourhood which are dedicated to the apostle Andrew. St Andrew dedications were given to churches built near water.

THE CHURCHYARD
North of the gate are the tombs of John Constable's Uncle Abram and Aunt Mary, and their children, 'The Wormingford Folk', as the artist described them in his letters home. By the far hedge, the grave of John Nash, R.A., who painted this landscape over many years, and his wife the artist Christine Kuhlenthal.

THE TOWER
Early 12th century, limestone, with Roman brick quoins. The Roman bricks may have come from a local villa or from Colchester. There are vast numbers of them in the district. They make fine corners. The tower is of three stages and is topped with a 17th century brick parapet and pinnacles. The windows, also made of Roman brick, are 12th century.

THE PORCH
Chiefly Victorian (1870) but containing the re-set 15th century archway of the earlier porch. The doorway is late 14th century. Above it may be seen the arch of the original 12th century entrance, and by the side a mediaeval stoup.

THE NAVE
14th century with a north arcade of four bays. The octagonal columns have moulded capitals and bases. The south wall contains three 14th century win¬dows, much restored, and a blocked 12th century window. The north Aisle is 14th century with a 16th century camber beam roof. The Nave roof is among the most remarkable feats ofVictorian carpentry. Made of resinous softwood, it is said to be a replica of the mediaeval roof it replaced in 1870. It is decorated with a great many thin panels of pierced tracery which lend it an airy elegance.

VISIT US TO FIND OUT MORE ABOUT OUR BEAUTIFUL CHURCH