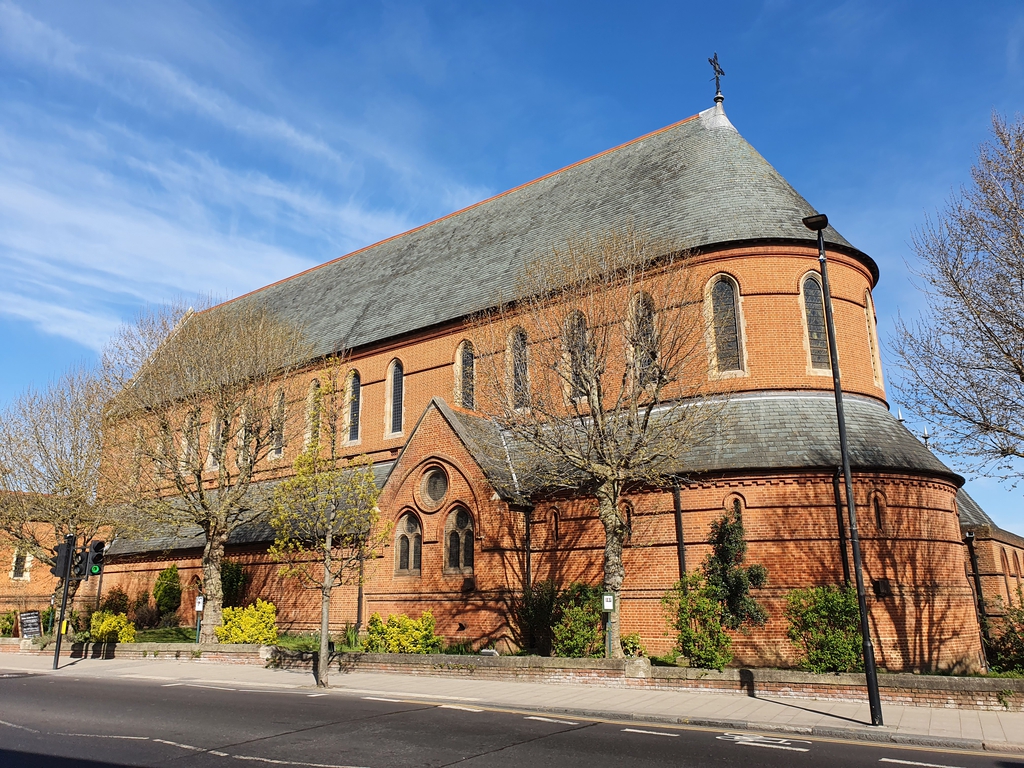 The Ascension, Lavender Hill
Services and events
News and notices
About us
About the church
Find us
Lavender Hill Battersea London
Get in touch
0783 5323965
Facilities
More information
Social
Edit this Church
Church of England Diocese of Southwark Lavender Hill, The Ascension and Battersea, St. Philip with St. Batholomew

The church comprises a brick-built structure with steeply pitched slate covered roofs, and only the minimal amount of stone dressings. The main body of the church comprises a substantial nave and an apsidal ended chancel running parallel with the main road, Lavender Hill.

At the east end of the church, the site slopes steeply down hill and contains the vestry and chapel buildings which are united with the main body of the church, but having a complex arrangement of roofs and curved brickwork forms including a conical turret containing the stair.

On the Lavender Hill frontage there is a large entrance porch formed out of the base of what was intended to be a massive tower structure, but which is roofed off at low aisle level. There are single aisles to the north and south sides of the church roofed with lean-to slate covered slopes.
×