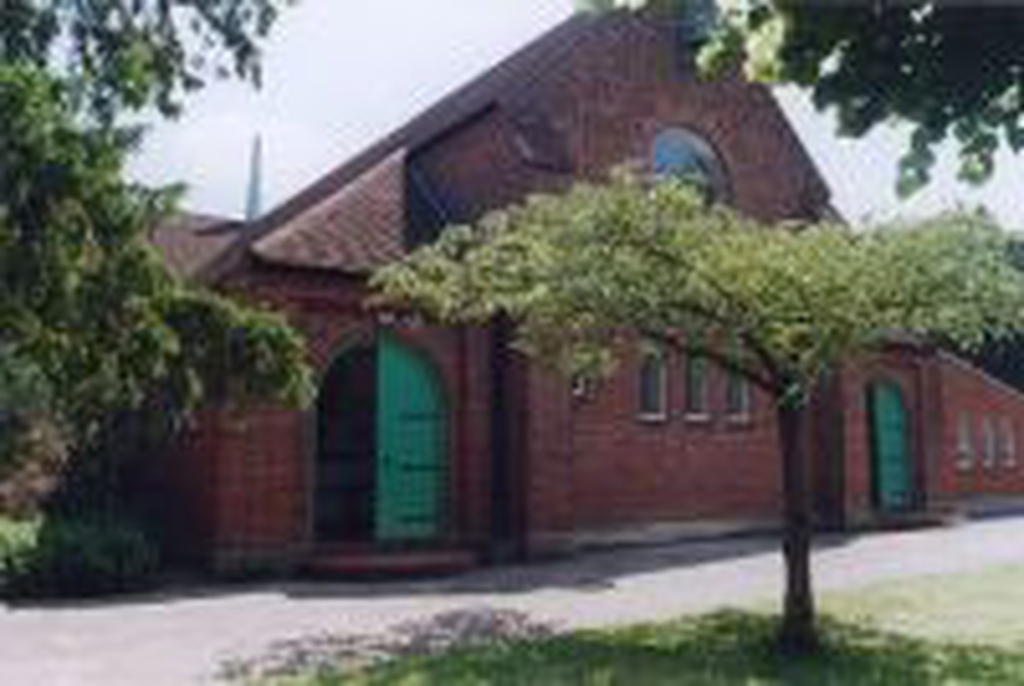 The Good Shepherd, Lee
Services and events
News and notices
About us
About the church
Find us
Handen Road Lee Lewisham
Get in touch
020 8318 2363
Facilities
More information
Social
Edit this Church

The present building was rebuilt in 1957 after the original church, built in 1881, had been destroyed by fire in 1941.

The old foundations and some portions of the old walls, varying in height from a few brick courses up to some 6 - 9 feet, are retained throughout the building except along the north aisle wall.

The building is of simple rectangular plan 100 feet by 50 feet but divided internally into a cruciform with barrel vaulted nave, transepts and chancel without clerestories with vestries flanking the chancel and aisles flanking the nave, but terminated at their western ends by two porches. The aisles are divided from the nave by a three-bay colonnade and each bay of the aisle is lit by five small semicircular headed windows. In the gable walls of chancel and transepts are three tall semi-circular headed windows, surmounted in the transept walls by a circular 'bullseye' window.

The simple brick and tile exterior expresses the internal cruciform planning, which is emphasised by a small copper covered fleche rising from the crossing.

A number of fittings such as the choir stalls, wall panelling, pulpit and font come from the demolished church of St. Peter, Lee. The choir stalls have been described as some of the best work of Sir George Gilbert Scott.

In the early 1990's, the church was sub-divided to form a hall at the western end of the Nave and an outer south aisle has been added to provide parish accommodation.
×