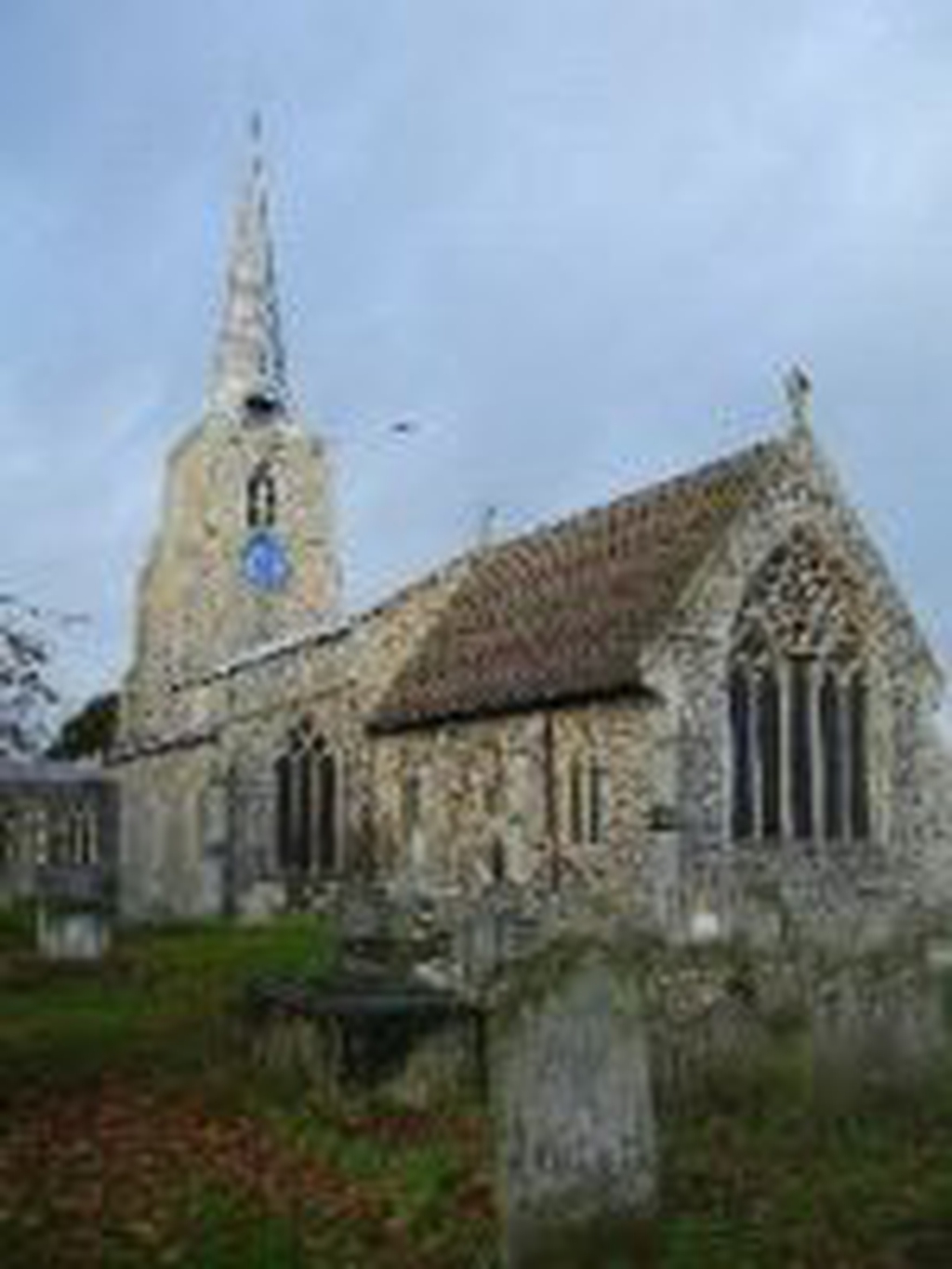 Banham: St Mary the Virgin
Services and events
News and notices
About us
More About our Church
Safeguarding information
Find us
The Village Green Banham Norwich
Get in touch
(01953) 887024
Facilities
More information
Edit this church

More About our Church

The church was extensively restored in the second half of the nineteenth century by the then Rector, the Revd. J.G. Fardell. This restoration included the addition of an interior porch, an ornate font cover and the pitch pine pews which fill the nave.

The Revd. Fardell was not the only person to authorise repairs during the centuries of Banham Church's existance. Many of the roof timbers have also been replaced over the years and bear dates and initials of the churchwardens of that time.

High up on the wall of the tower, just behind the beam inscribed 1622 are the Royal Arms of George III as marshalled during the Regency 1801-1820. Royal Arms were installed in churches from the reign of Henry VIII as a reminder that the monarch was to be regarded as the Supreme Head of the Church of England.

The tower itself, contains a clock and six bells. Todays clock is electric but the original mechanism made by S. Buxton of Diss in 1768 is still in place.

Within the church you can also view the 'Parish Chest'. A fourteenth century iron chest in which all the village archives were once kept. It has three locks. The key to one was held by the Rector and the others by the two Churchwardens.

Our church also contains the 'Bardolph Effigy', a knight in armour, although his crossed legs do not necessarily indicate he was a crusader. Unusually it is carved oak rather than stone, an expensive commodity in this area. Traditionally it is held to be the effigy of Sir Hugh Bardolph, identifiable by the badge of arms visible before the statue was painted over. The painting was probably undertaken in the 19th century and was made to resemble stone. Sir Hugh Bardolph was the Lord of Greys Manor, one of the three manors that made up this parish. He was with Richard I at the seige of Messina in Scicily and he died in 1203. The statue originally carried a spear in the left hand and a sword in the right. The niche in which he lies has been dated at about 1300.