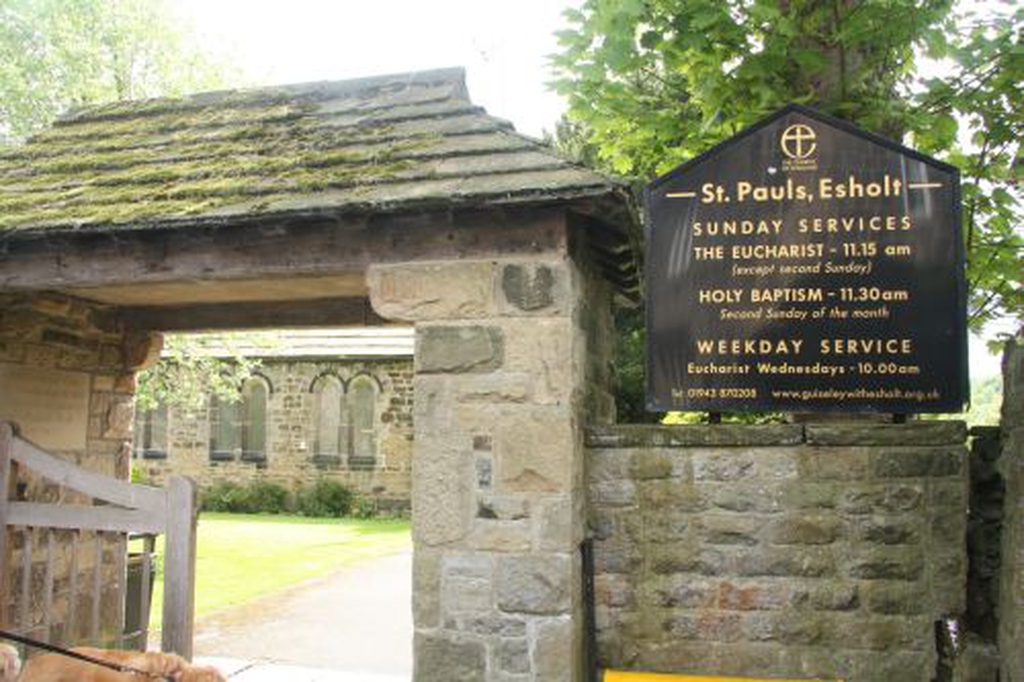 "Saint Paul in the woods" is a small, much visited church in the tiny village of Esholt - for 25 years the location of YTV's "Emmerdale".  Popular for weddings.

The church was built in 1839 by William Rookes Crompton-Stansfield for use as a private family chapel. The building, originally without chancel, was not consecrated until 2nd September 1853 by the then Bishop of Ripon the Rt Rev. Charles Thomas Longley (the diocese of Bradford not being created until 1919). The cost of erecting the church was £800.

The chancel was added in 1895 by the three surviving members of the family, the Misses Crompton-Stansfield, the patronesses of the church. It was erected in memory of their father Major General William Henry Crompton-Stansfield and their mother Frances. The architects were Messrs. T.H. & F. Healey of Bradford, and the faculty records that the estimated cost would be £259.

With effect from 1st June 1983 the parish merged with that of Guiseley to become the Parish of Guiseley with Esholt.