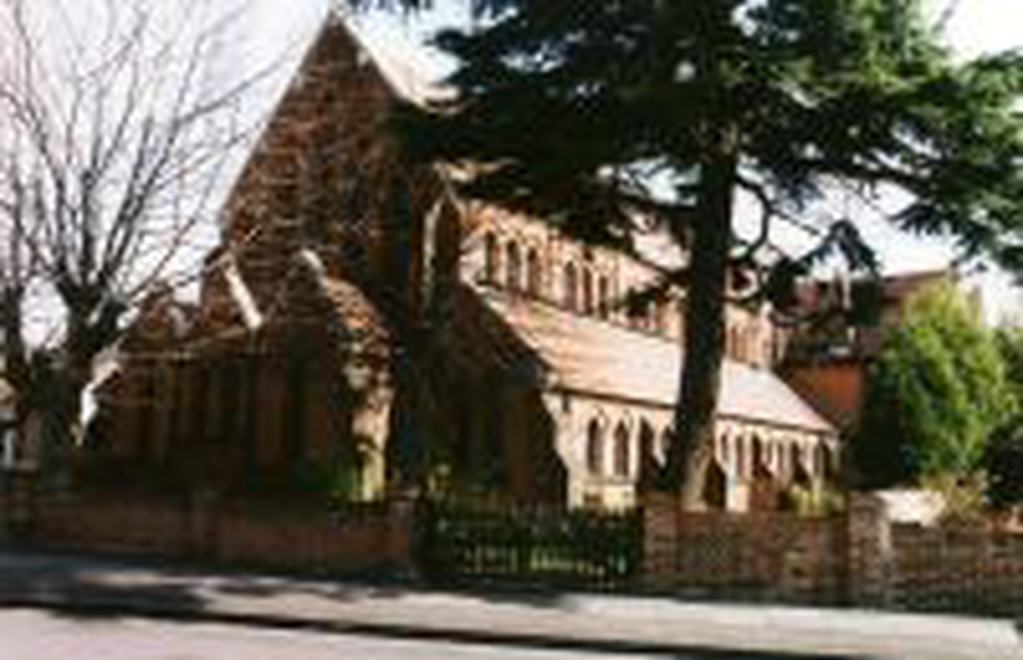 Mitcham, St Mark
Services and events
News and notices
About us
About the church
Find us
St Mark's Road Mitcham
Get in touch
(020) 8648 2397
Facilities
More information
Social
Edit this Church

In 1979/80 the church was subdivided to form the St. Mark's Family Centre in the western half, with the eastern half (chancel, chapel and vestries) retained for church use. The focus of worship in the chancel was turned through 90° to face a new altar platform against the south wall. A new church entrance door was formed just to the west of the north transept. The Family Centre retained a separate entrance through the north porch and the original grand narthex at the west was enclosed to form storage space. A kitchen, storage areas and lavatories were planned between the Centre and church with a multi-purpose room above. Later still, a gallery with staircase access was constructed. There is office space above the choir vestry.

The church is built of soft red brick with Bath stone dressings and red/orange machine-made, plain clay tiles. There is a copper covered fleche with bell. In plan the church consisted (before subdivision) of nave, with aisles, chancel, south-east chapel and vestries in the north transept and flat roofed extension in the north-east corner.
×