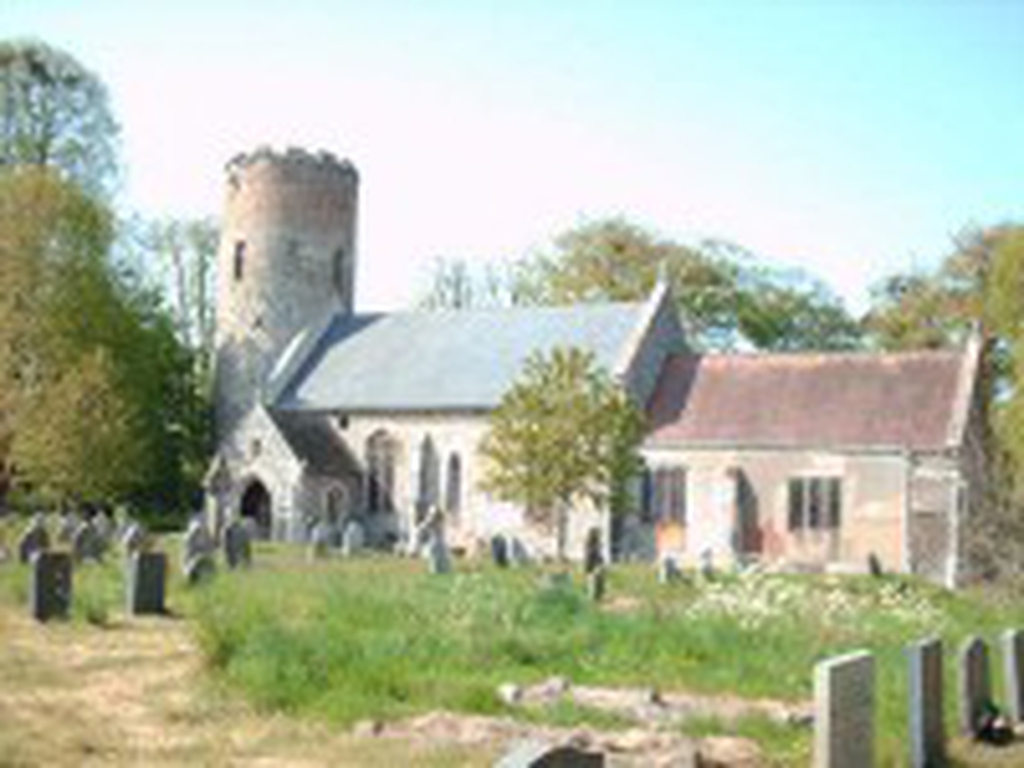 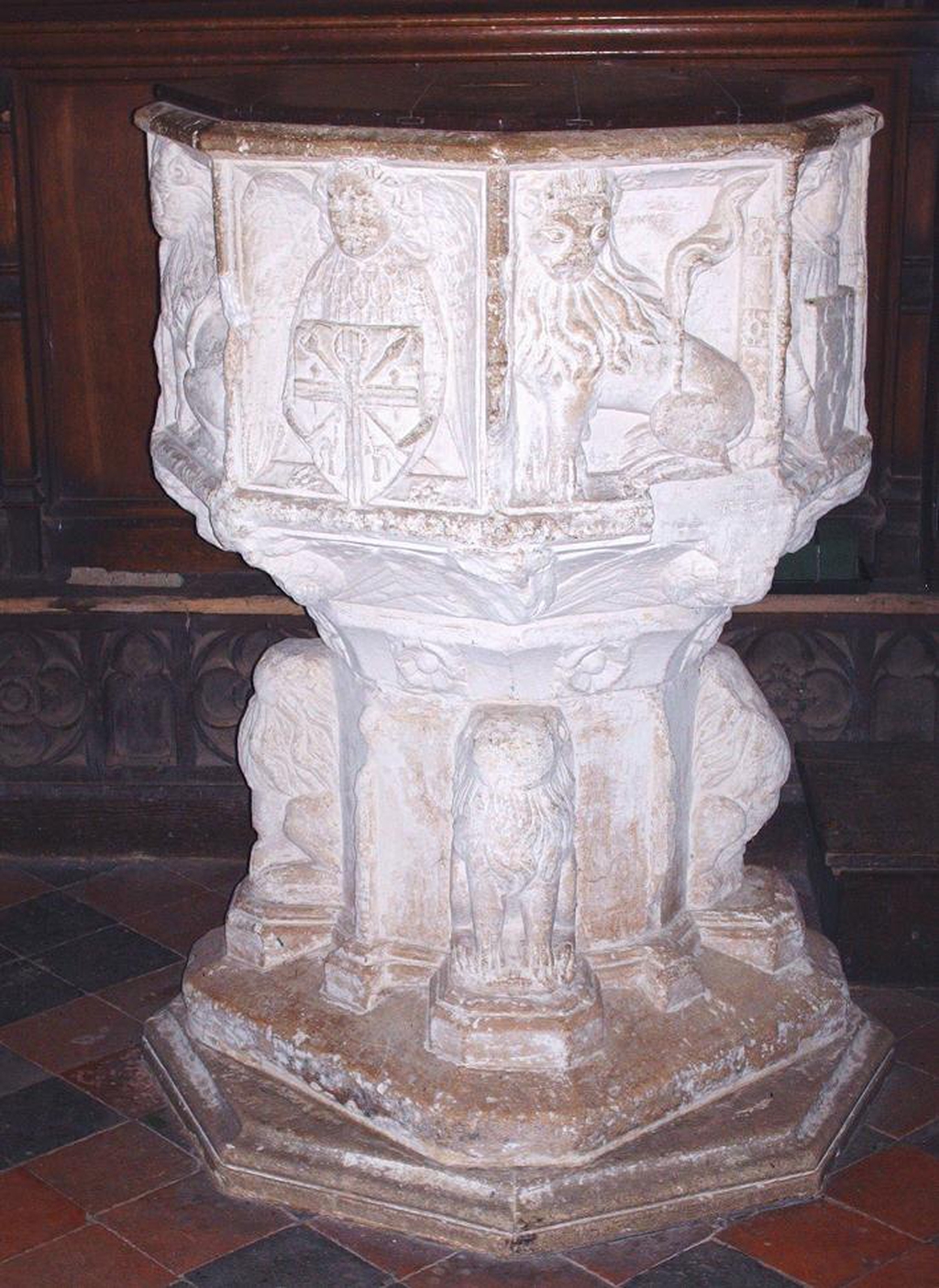 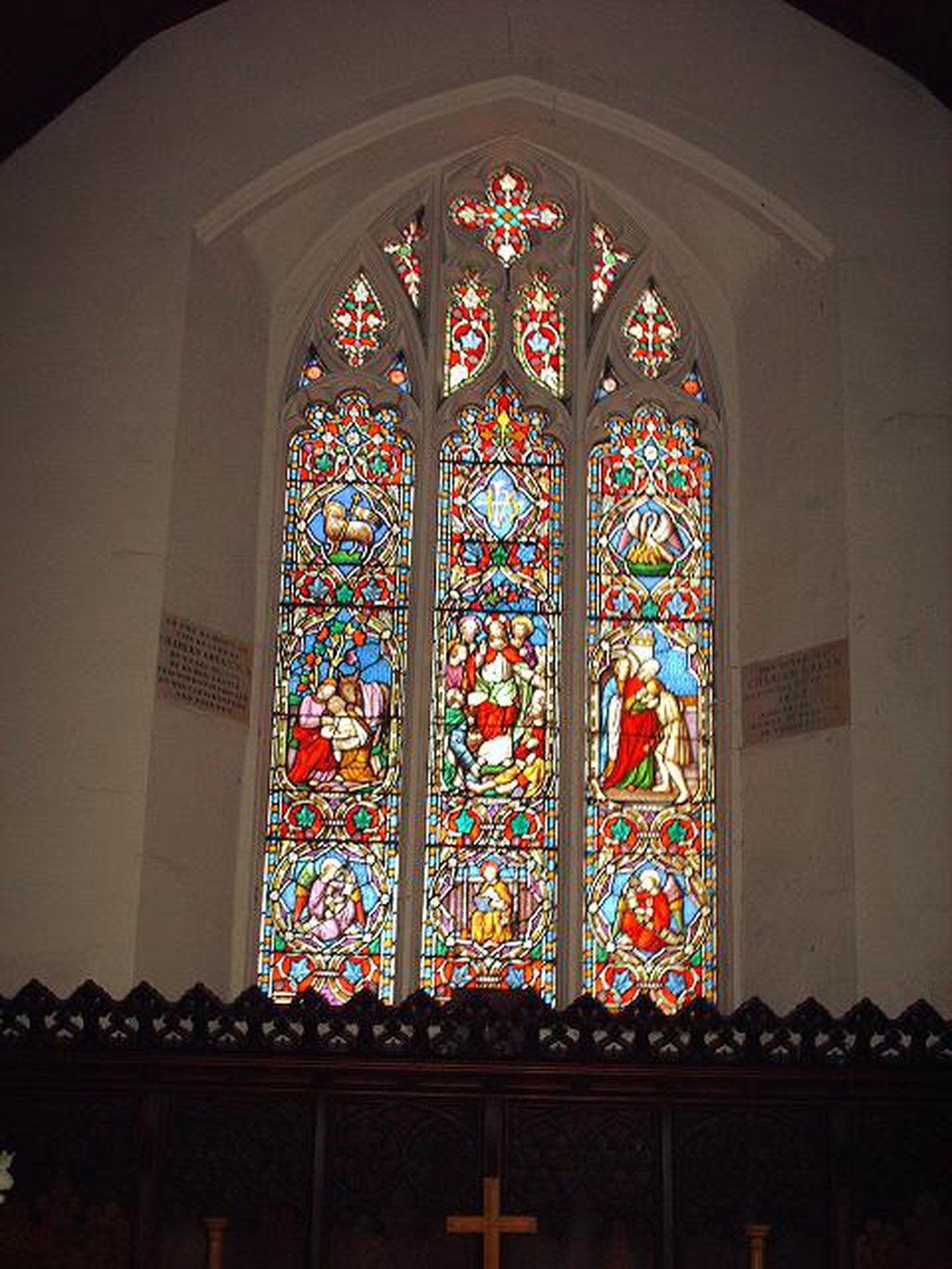 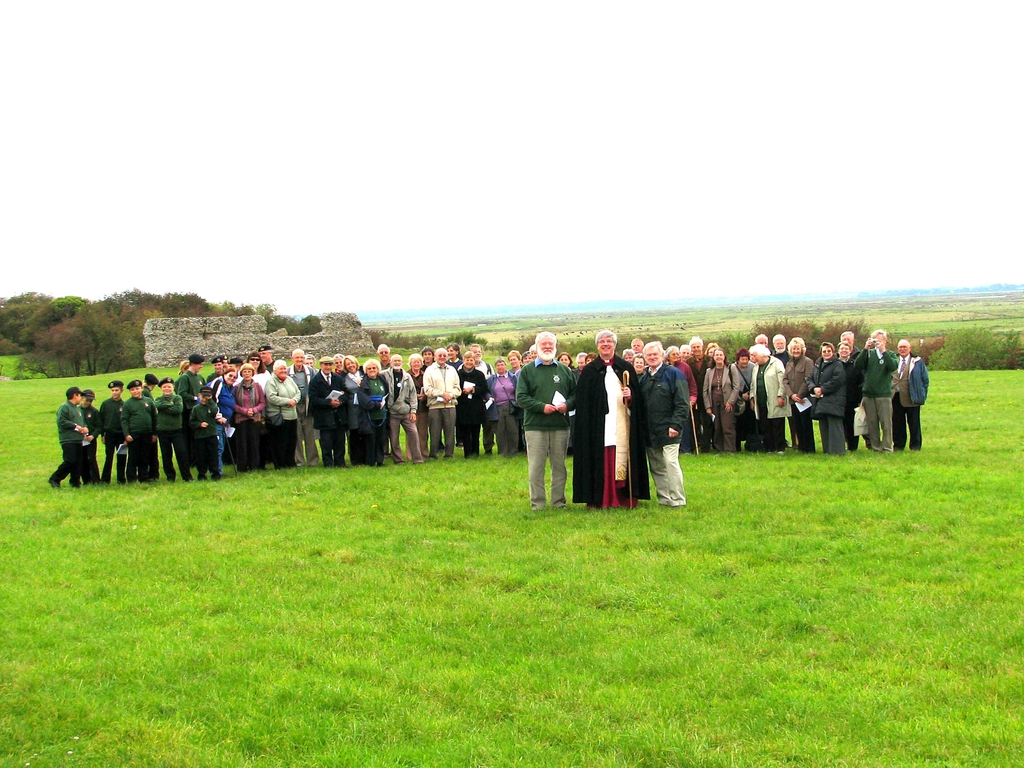 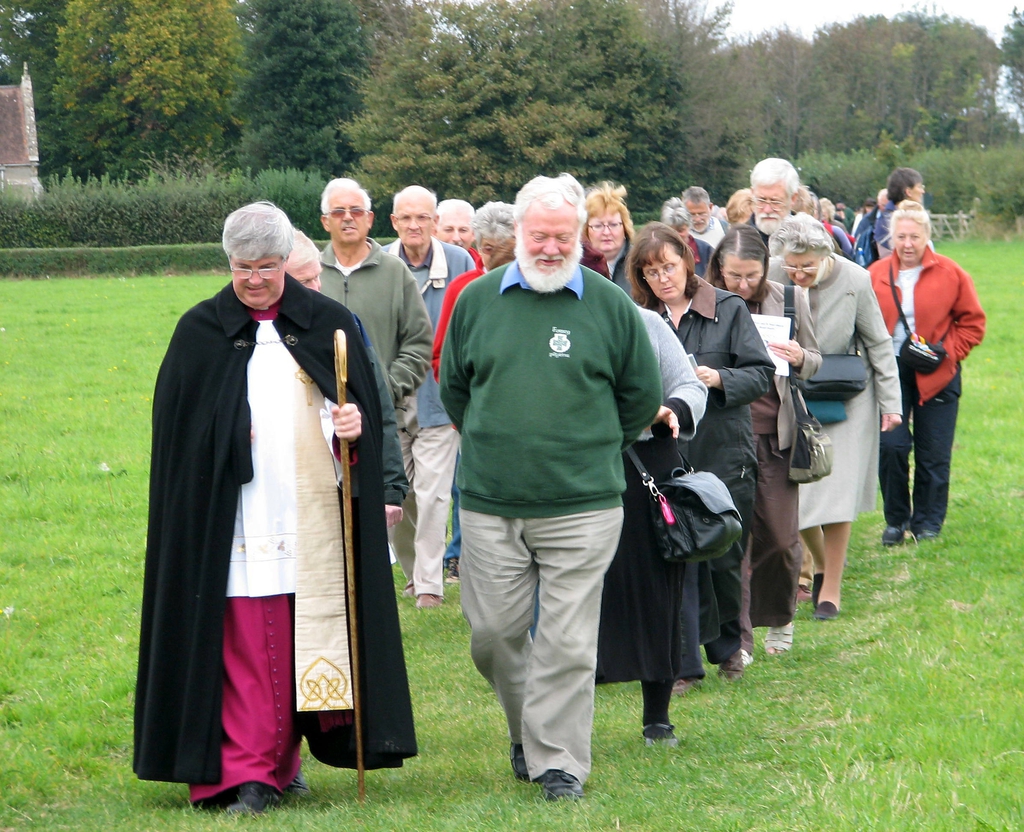 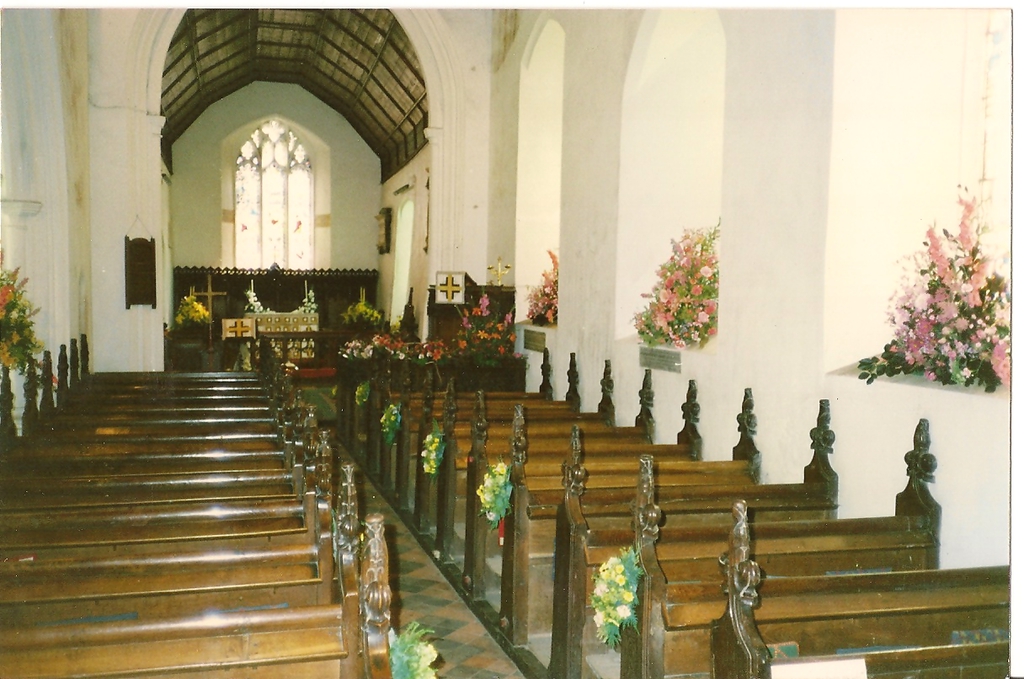 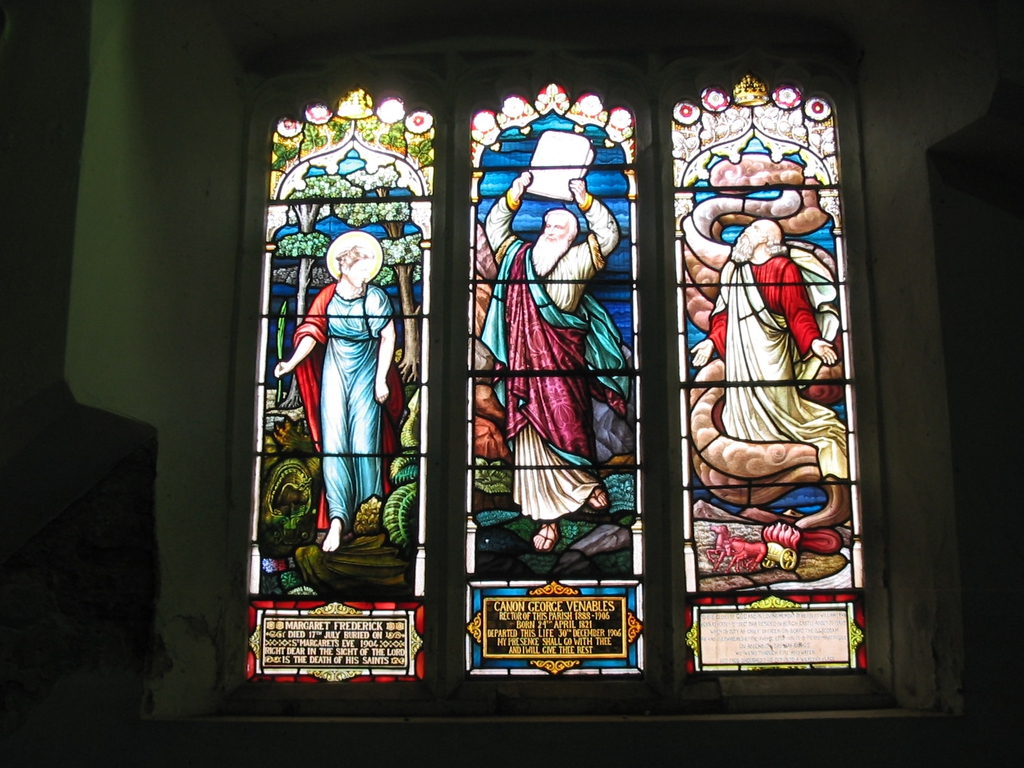 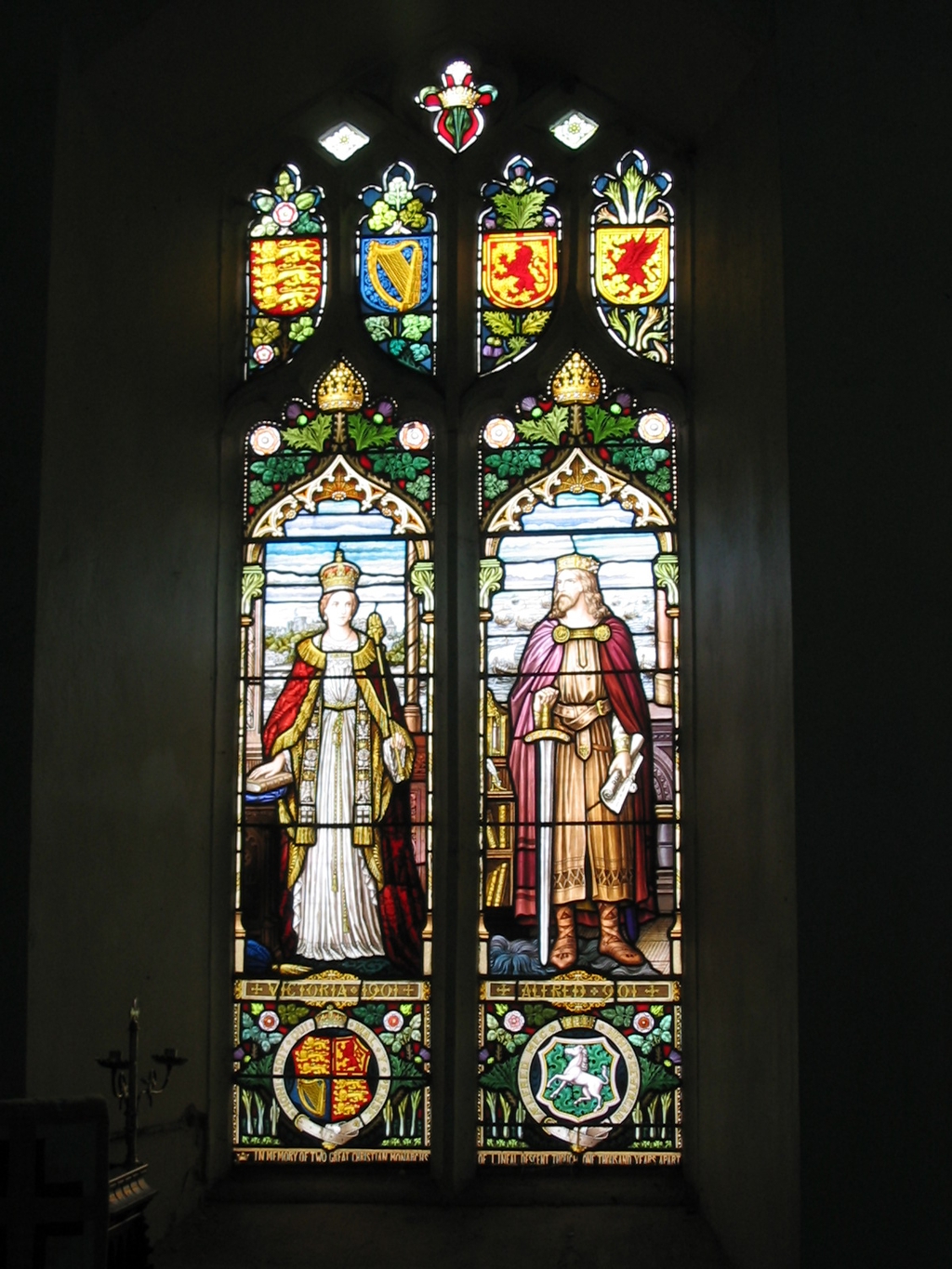 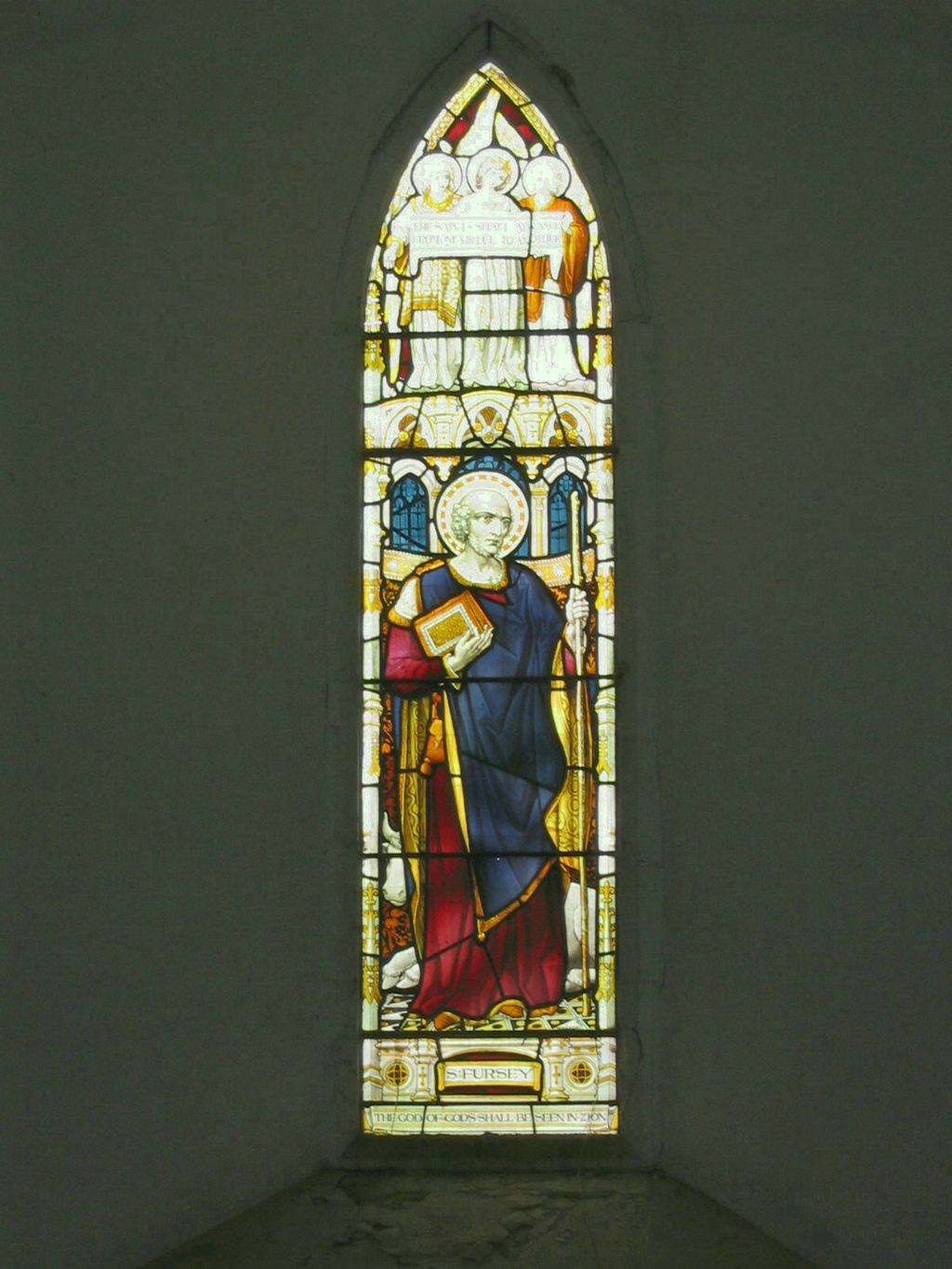 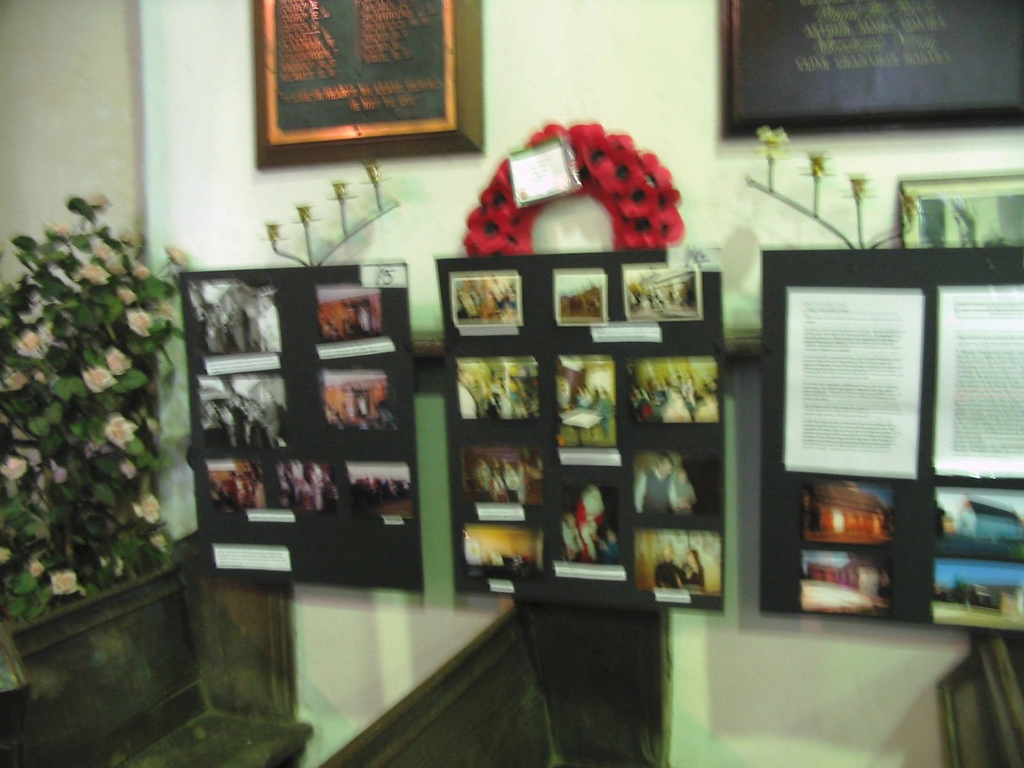 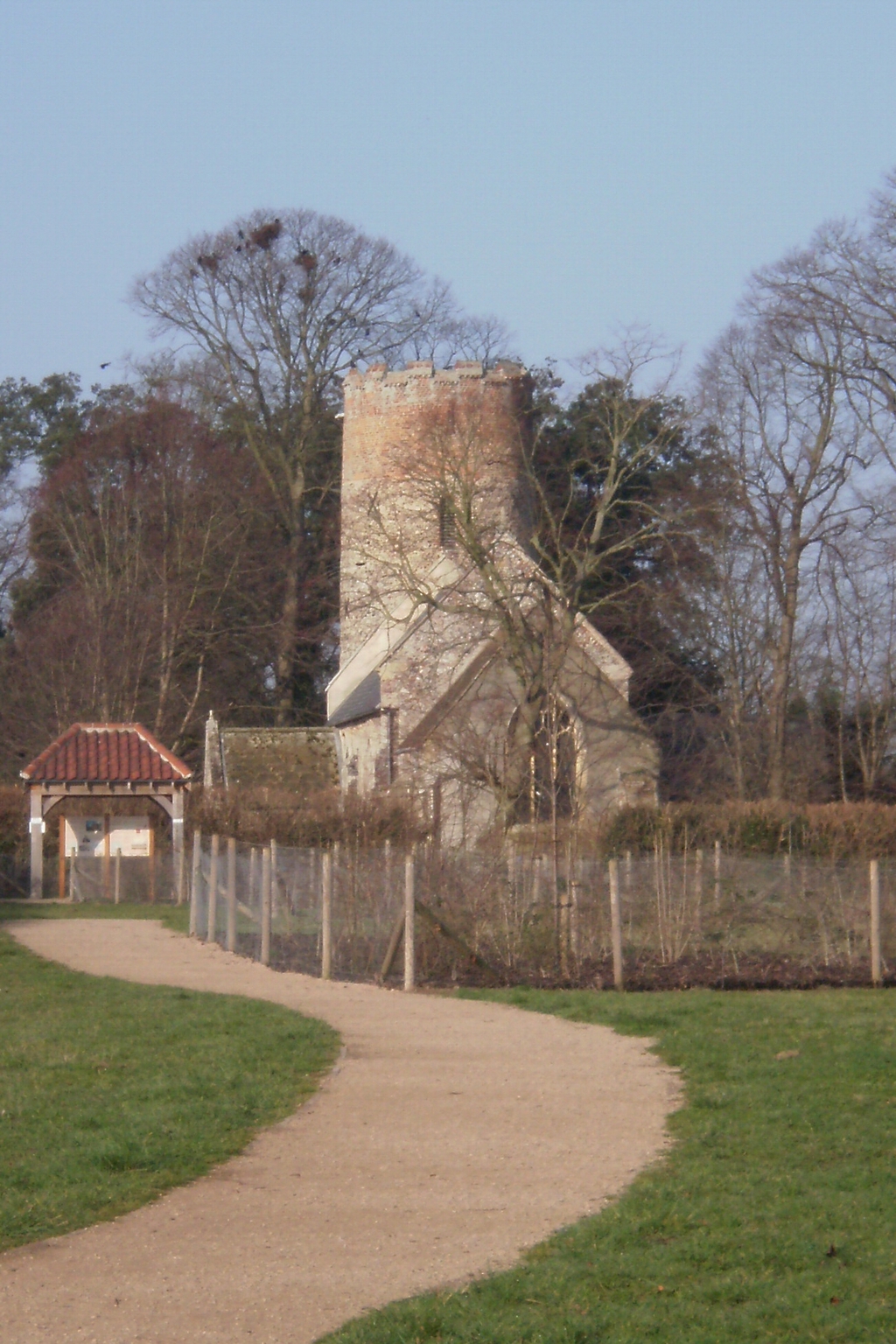 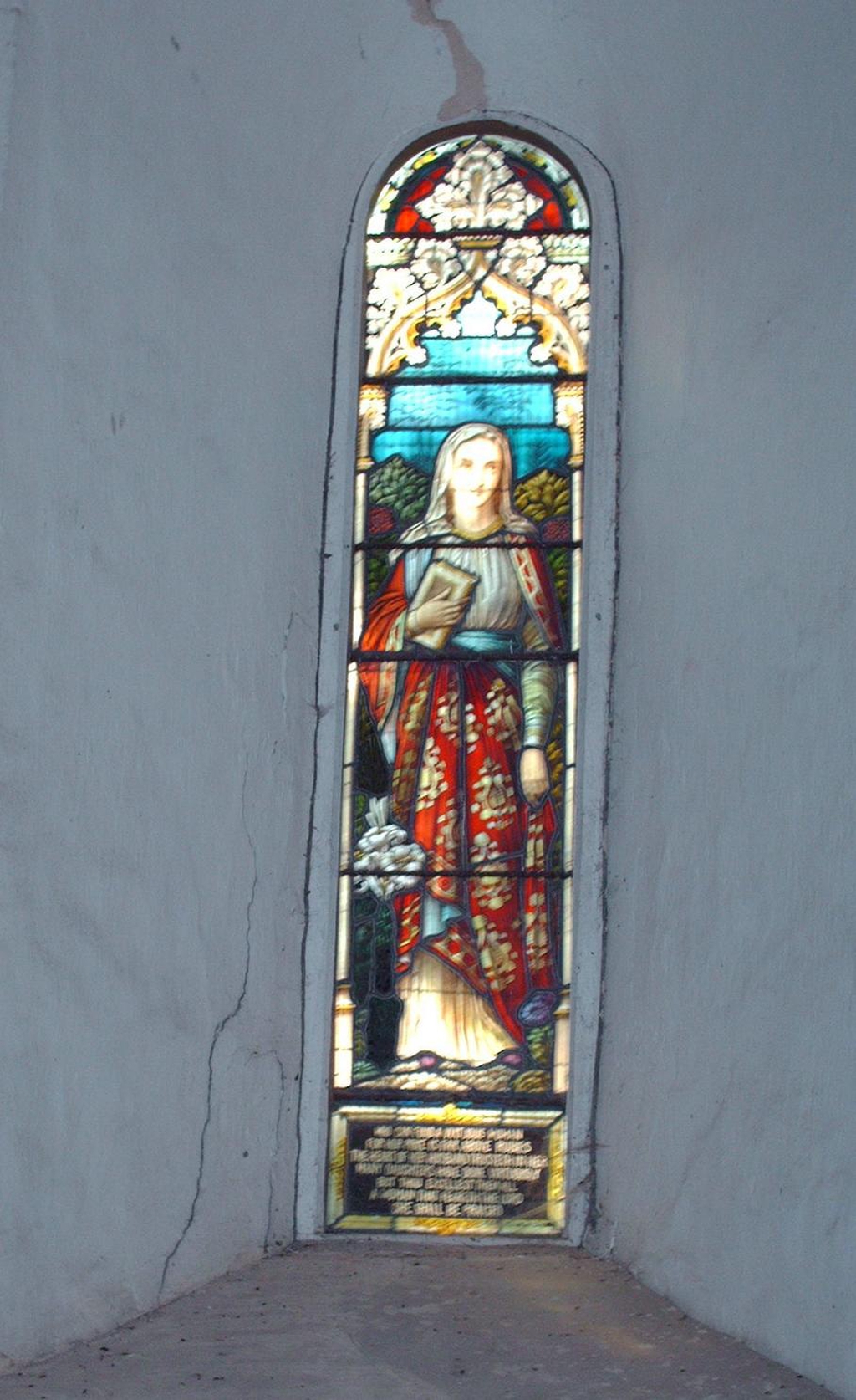 Burgh Castle, 4 miles from the seaside resort of Gt.Yarmouth is a very historic village, home to what is recognised as one of the best preserved of a series of Roman Saxon Shore Forts built in the third century AD to protect the coast against Saxon invaders. It is situated on the River Waveney close to the great estuary and wild life reserve of Breydon Water.

Parts of the present church of SS Peter & Paul date back over 1000 years but it is reputed that in 633AD St Fursey came from Ireland and established a monastery within the then abandoned Roman Fort. This being so the Christian faith has been witnessed here for about 1400 years. The church has strong links with the Norwich based Ecumenical "Fursey Pilgrim" group who come on pilgrimage each October. The small round towered church consists of nave, chancel and north aisle. Points of interest to the visitor are a well preserved 14c "East Anglian Lion Font" and some magnificent stained glass windows, especially the small lancet "Fursey" window.

During the summer months the north aisle houses permanent displays and information relating to St.Fursey and also the Roman Fort. The church is open daily from 10am - 5pm April to October and week-ends 10am - 3pm during March and November.

This is truly a "little gem" a place of utter peace and tranquillity.but the years have taken their toll. In 2015 the first stage of a major restoration programme, repairs to the north aisle was completed.  The next stage, is to get the building (at present on the at risk list) stable with repairs to the south wall, floors in the chancel / nave etc. In the longer term the plan is to provide much needed kitchen and toilet facilites.. The PCC are constantly working to raise funds .If you would like to support us you can do so on line or by text  by clicking on the "support via donation"    button. Thank you.