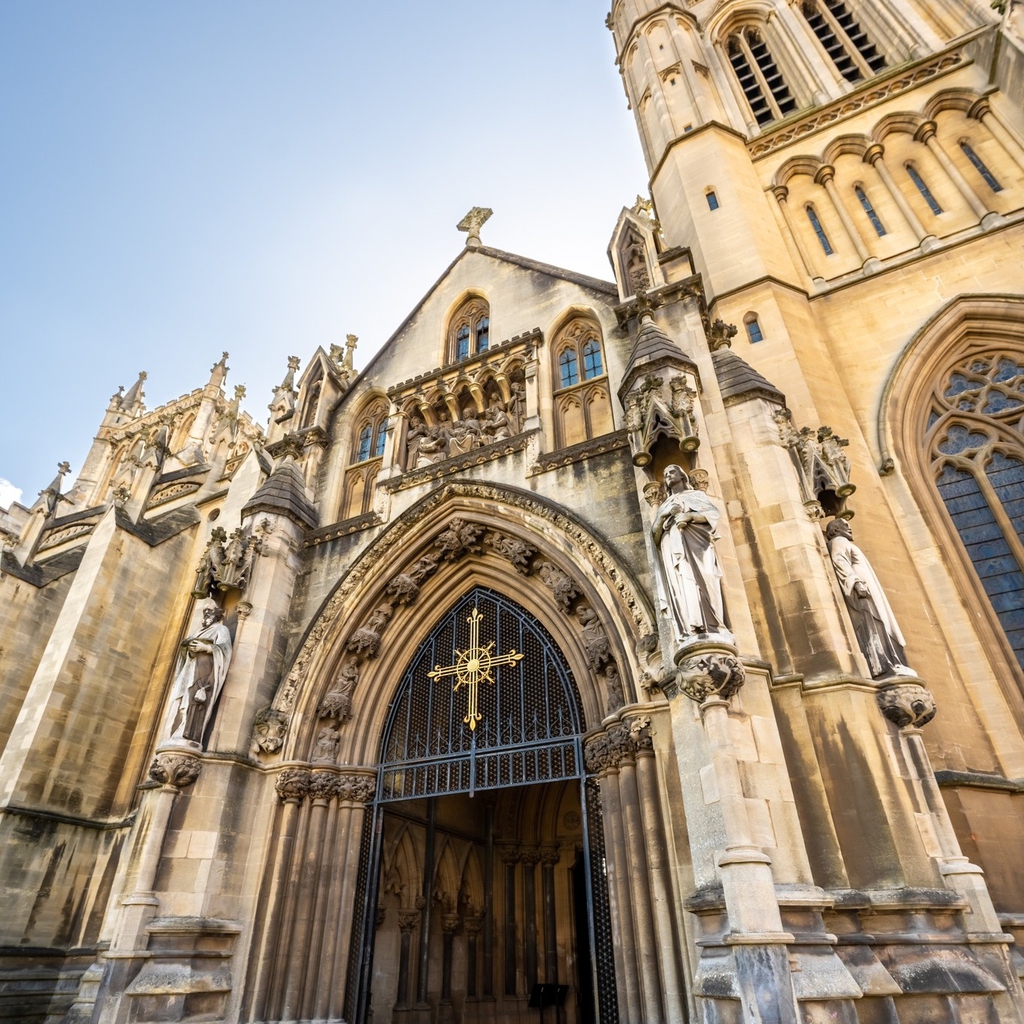 Bristol Cathedral is one of England's great medieval churches. It originated as an Augustinian Abbey, founded c. 1140 by prominent local citizen, Robert Fitzharding, who became first Lord Berkeley.  The transepts of the church date from this period, but its most vivid remains can be seen in the Chapter House and Abbey Gatehouse.  The Chapter House is a stunning Romanesque gem dating from c. 1160, one of the most important buildings of its era in the country, with stone walls decorated with a series of intricate, patterned, carvings.  It is still used for important community events and can be hired out for corporate entertaining and candlelit dinners.  The exquisite Elder Lady Chapel was added to the church in c.1220 and includes some beautiful features - watch out for the carvings of beasts playing at being people.

The main glory of the Cathedral is its east end, described by the famous architectural historian Nikolaus Pevsner as 'superior to anything else built in England and indeed in Europe at the same time'. This is one of the finest examples in the world of a medieval 'hall church', with the vaulted ceilings in the nave, choir, and aisles all at the same height.   This creates a lofty and light space with extraordinary vaults that seem to stand on tiptoe on little bridges; amazing 'starburst' recesses line the walls beneath, and some contain the tombs of the Berkeley family.

The daily round of services so important to our Augustinian predecessors is carried on with morning and evening prayer and the Holy Eucharist being celebrated daily. Evensong is sung most days by one of the cathedral choirs.