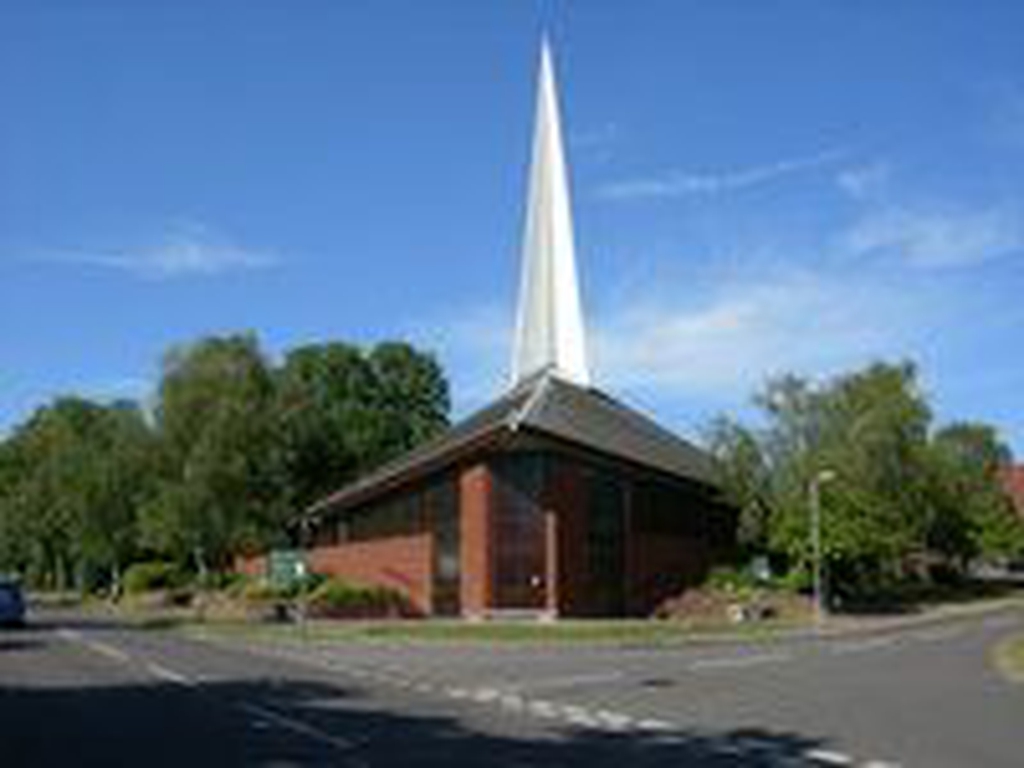 St George’s
Services and events
News and notices
About us
Giving to Support our Churches.
Safeguarding Policy and Contacts
Sermon for The Presentation of Christ in The Temple 29th January 2023.
Find us
Common View Letchworth Garden City
Get in touch
01462 685059
Facilities
More information
Social
Edit this church

THE PARISH OF NORTON is on the north side of Letchworth Garden City and serves some 12,000 residents. We are an Anglican (Church of England) church in the Diocese of St. Albans here in North Hertfordshire with worship that is eucharistically centred. We hope that you will find our site useful in describing all our activities here in Norton Parish.

The 120ft concrete spire of St. George's Church, placed centrally in the logo of the Garden City Heritage Foundation is the landmark of a church which arose out of the community it serves, a community which bought its own building through faithful stewardship in the 1960's.

For hundreds of years the parish of Norton was centred on the village, to the east, with the church of St Nicholas at its heart. In 1903 the first Garden City was founded, built on the farmland of the constituent villages of Norton, Willian and Letchworth. This preserved the nuclei of the villages but moved the centres of population away from them and their places of worship.

As houses appeared in the roads surrounding the present site of St George's Church it was realised that a more central place of worship was needed. Plans were drawn up for an enormous Gothic style church and connected hall. The hall was opened in 1915 but no church appeared. The hall was used for worship for many years. After the Second World War the Grange estate was developed and the need for a new church became more urgent. From 1955 and during the 1960's funds were raised from local inhabitants who contributed on a weekly basis to build a church of their own.

The Architect was Peter Bosanquet. Building began in August 1962 with J T Openshaw Ltd of Letchworth as main contractors. The eventual cost was £46,000. The foundation stone was laid by the Bishop of Bedford, on 27th April 1963. The church was consecrated on 27th July 1964 by the Bishop of St Albans.

The building was designed for a church in which Parish Communion was central to worship. The pews all have a clear view of the sanctuary where the altar is set away from the wall to enable the priest to face the congregation if so wished. The stark use of bare concrete and natural wood speak of the simplicity and poverty of the Incarnation.

A walk around the church

As one enters the church it is through a door at the junction of two roads. St George's is built on a crucial site where the main Norton Way North and Common View meet. Passing through the porch one enters the Narthex, originally housing a library but now a pleasant, comfortable meeting space. The library area was originally dedicated to the memory of Ethel and Tom Sparrow, parishioners. From there, two flights of steps ascend to the church.

On entering the main body of the church the eye is immediately drawn to the dominant figure of the ascending Christ which hangs over the sanctuary, flooded with light from the window above. It was designed by Harry Phillips of Leeds and is made of fibreglass. It is intended to express the release of the Resurrection and the Ascension.