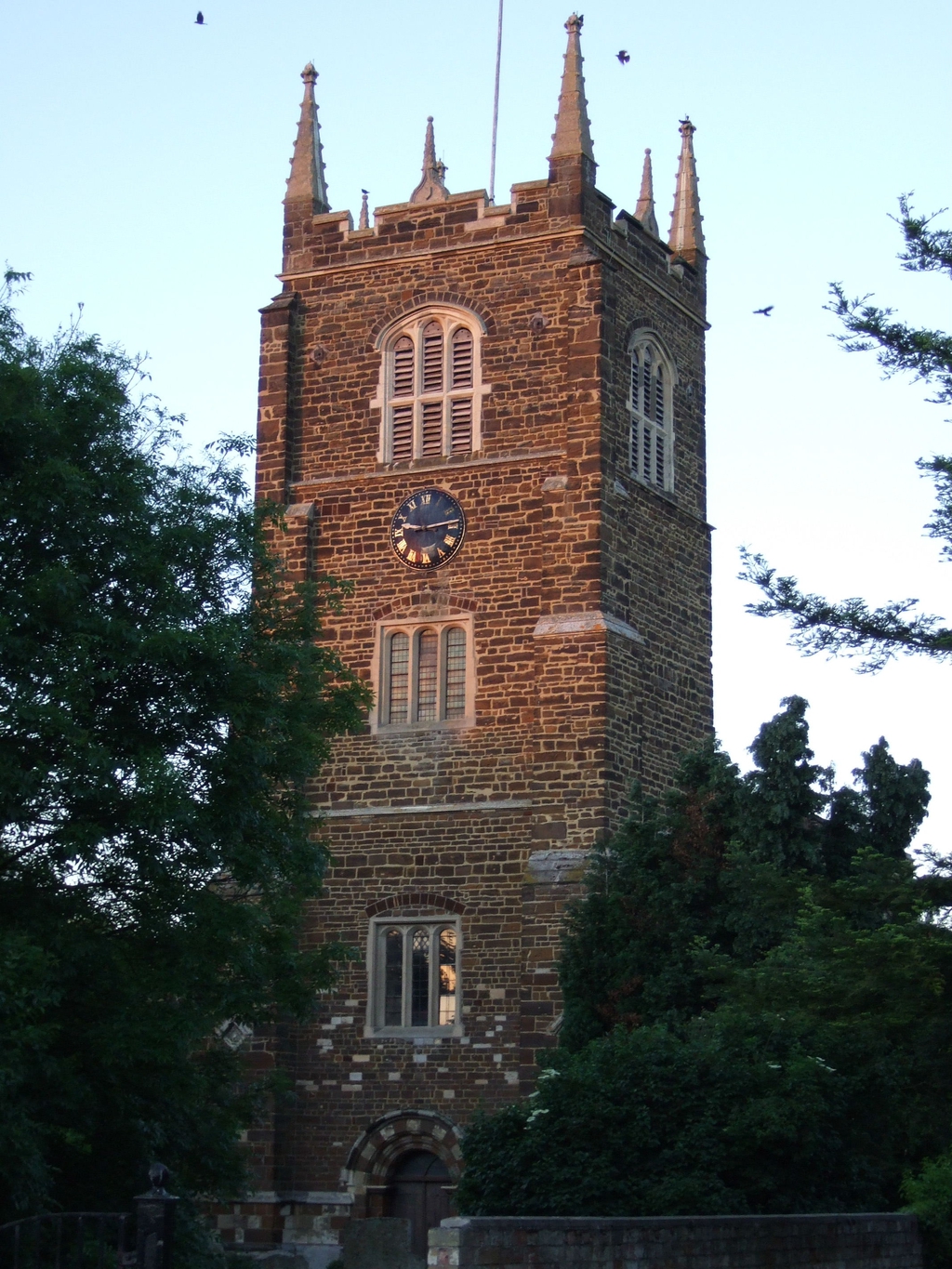 St Edmund, King and Martyr, was king of the East Angles who were defeated by the Danes at Thetford in 869. He was later captured and, on refusing to share his kingdom with the Danes because they were pagan, he was shot to death with arrows. His death in defence of his kingdom and his faith made Edmund the object of popular veneration and the great abbey was founded around his shrine. By the time of Domesday, St Edmunds Abbey had become the biggest land-holder in Blunham and it is not surprising that the village church should be dedicated to the Abbey’s patron saint There is no doubt that Edmund is the correct dedication. For example, in 1520, Thomas Colyer stipulated in his will ‘burial in churchyard of Saint Edmund, King and Martyr, of Blownham’, as did Richard Hills in 1539. Later references are to be found in official documents.

Nevertheless, within living memory, the church has always been known locally as St James. It has proved impossible to discover when and why this new name was introduced. What follows here is plausible speculation. After the Reformation, the invocation of saints was forbidden in the Church of England and little attention was paid to them. In towns where there was more than one church the dedication was preserved as a means of identification but in villages the parish church was simply ‘the church’. With the Oxford Movement and the Catholic Revival in the Church of England in the 19th century came a greater interest in the traditions of the church and the revival of old customs such as carol services, harvest festivals and patronal festivals. By that time, St Edmund’s Day (20th November) would not have been celebrated in Blunham since the Reformation, but St James’ Day (25th July) was celebrated

In 1315, John, Lord Hastings, then lord of the manor of Blunham, was granted the right to hold a market and fair on the festival of St James. The fair, known as Blunham Feast, continued into the early years of the 20th century. It seems likely that an incumbent wishing to introduce a patronal festival took the day of Blunham Feast as relic of an older patronal festival and decided that Blunham church must have been dedicated to St James. There would not have been then, nor is there now, anything to suggest a dedication at all; certainly there are none of the symbols traditionally associated with St Edmund such as arrows or a wolf. The earliest ascertainable date for the celebration of St James’ Day as a patronal festival in Blunham is 1949.'

Improvements to our Church

Our building is Grade I listed and famously lists Dr John Donne (poet and clergyman) as one of the Rectors of Blunham.

We have recently carried out urgent repairs to the roof; we obtained several grants towards part of the cost of this, and remainder was covered by fundraising. A substantial amount was raised by people sponsoring slates for £10 each, either in memory of a loved one or to commemorate a special life event. This proved to be very popular, especially as sponsors were invited to write messages on the underside of their slate to be preserved for posterity!

In 2017 we were granted an archdeacon's licence to remove the pews from the south aisle; this has now been carried out and has given us much more space for hospitality. New upholstered chairs have been purchased to replace the pews.

We have recently been granted a faculty to install kitchenette and toilet facilities; work on this will commence a little later in the year.

We are in the process of creating a new vestry in the Lady Chapel area, with the installation of a new screen and memorial window featuring John Donne, who was a former Rector of this parish.

The next phase of our re-ordering will include the removal of the front two pews across the church to give more room for the nave altar, school assemblies, concerts and other events. The remaining pews in the north aisle will also be removed and the pew platform lowered to floor level, to achieve symmetry with the south aisle.

Details about the re-ordering can be seen in the church.

Our current Churchwardens, who can be contacted with enquiries related to the Parish are:

A dedicated website for our Benefice which includes link to all of our current services can be found by clicking on the 'Our Web Site' under 'Other Links' on the right hand menu or by typing the following url into your browser: