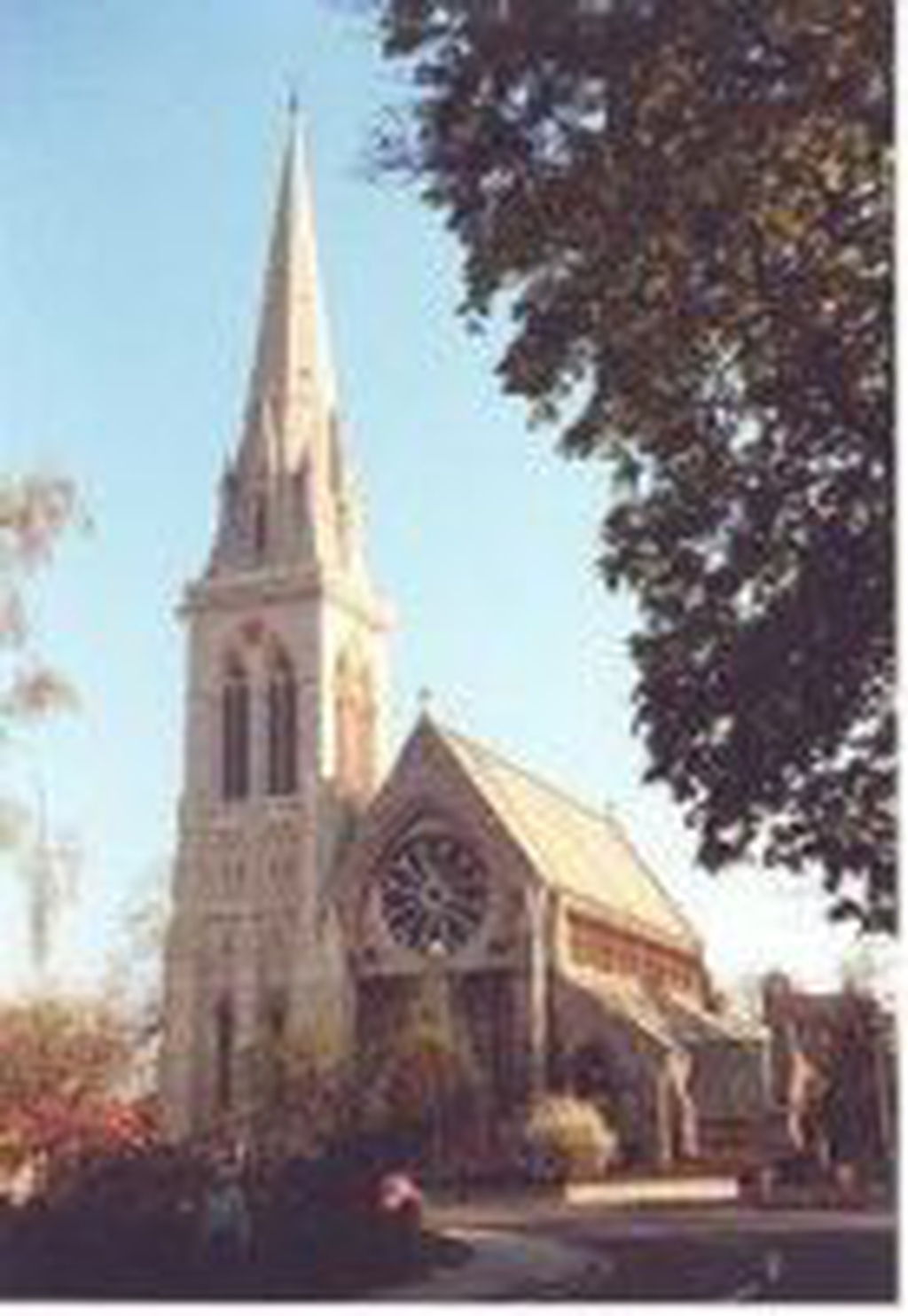 Richmond, St Matthias
Services and events
News and notices
About us
About the church
Find us
Friars Stile Road Richmond Hill Richmond Upon Thames
Get in touch
(020) 8940 0362
Facilities
More information
Edit this Church

The main part of the church was built in 1857-8 to the design of Sir George Gilbert Scott, the upper part of the tower and spire being completed in 1861-2. The choir vestry was added in 1884 (John Oldrid Scott); All Saints' Chapel in 1915 (Cecil Hare); the clergy vestry in the same year; and the mezzanine inserted, with the provision of meeting rooms, toilets, kitchen, crí¨che and so on, in 1975-8 (Hutchison, Locke and Monk).

Under a single double-pitched roof , the nave which is subdivisible by 3 sliding screens and west porch and entrance foyer with mezzanine gallery over.

Under a double-pitched roof, the south porch.

Under a mono-pitched roof, the north aisle, and crí¨che with its store and toilet, and south staircase up to the mezzanine level meeting room.

Under a double-pitched roof with apsidal end, the chancel and sanctuary. Under a mono-pitch roof, with abutting lower apsidal roof, All Saints Chapel.
×