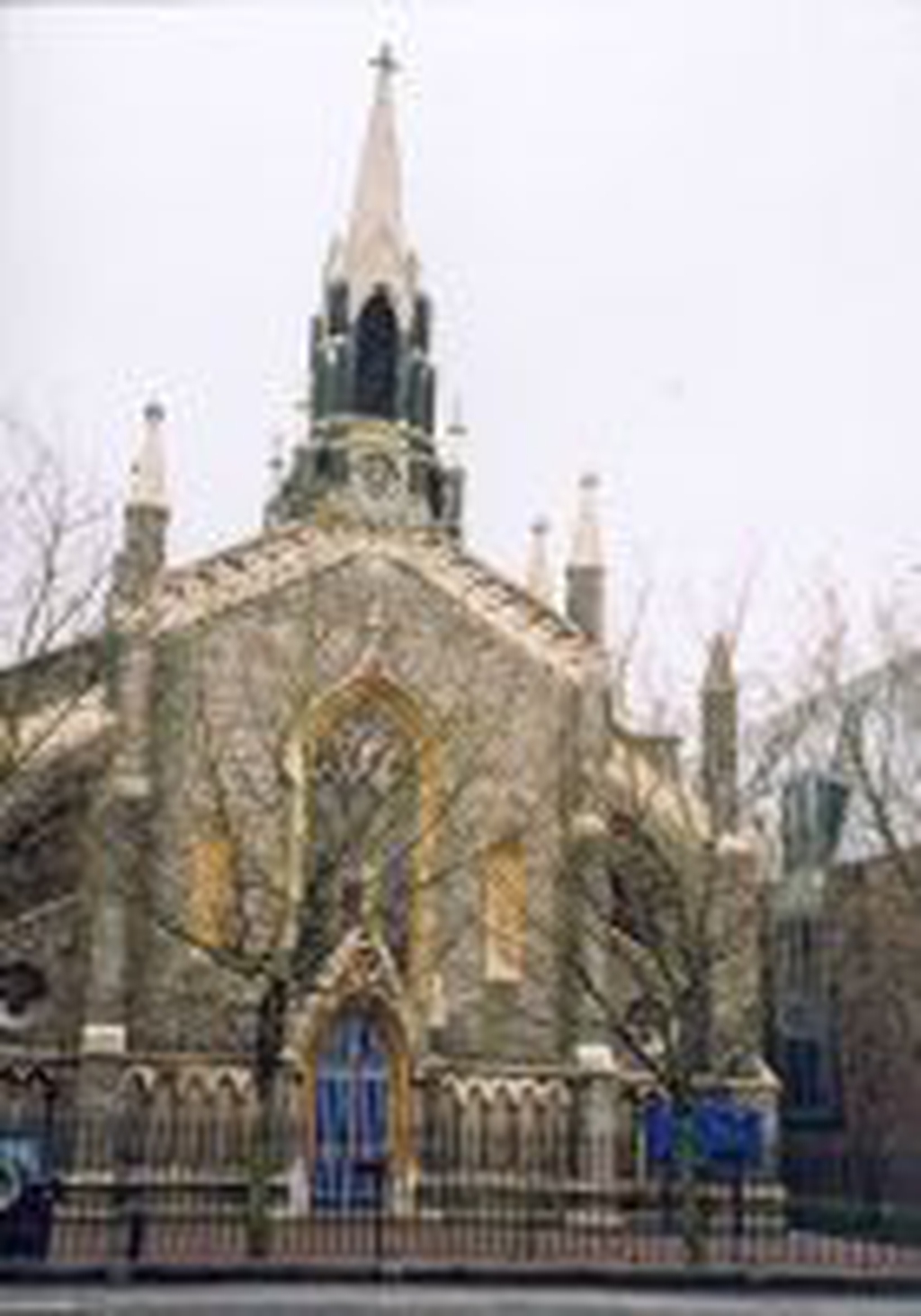 Richmond, St John the Divine
Services and events
News and notices
About us
About the church
Find us
Kew Road Richmond
Get in touch
(020) 8940 0362
Facilities
More information
Edit this Church
Church of England Diocese of Southwark Richmond St Mary Magdalene w St Matthias and St John the Divine

The major part or the church was built in 1831-6 to the design of Lewis Vulliamy. It was extended in 1904-5 by Arthur Grove, forming the chancel, Lady Chapel, vestry and sacristy; and again in 1980-81 by Dry Hastwell Butlin Bicknell for the meeting room and residential accommodation.

Of particular interest are the remains of the once larger collection of nineteenth and early twentieth century furnishings, carving, painted decoration and fittings.

A wide, lofty, flat-ceilinged nave, approached either from the west porch, or from the hall lobby, via a narthex formed under the gallery running across the width of the west end of the nave; originally accessed also from the south-west and north-west porches, the latter now partly kitchen, and both having staircases up to the gallery.

Over the porches are two upper galleries, north and south, both disused; their access stairs; and the bell Chamber and spire.

To the north of the nave, and linked both to the north-west porch and vestry by lobbies, is the meeting hall, with toilet facilities. Over the vestry, cloakroom/flower room and sacristy is residential accommodation, with independent access.
×