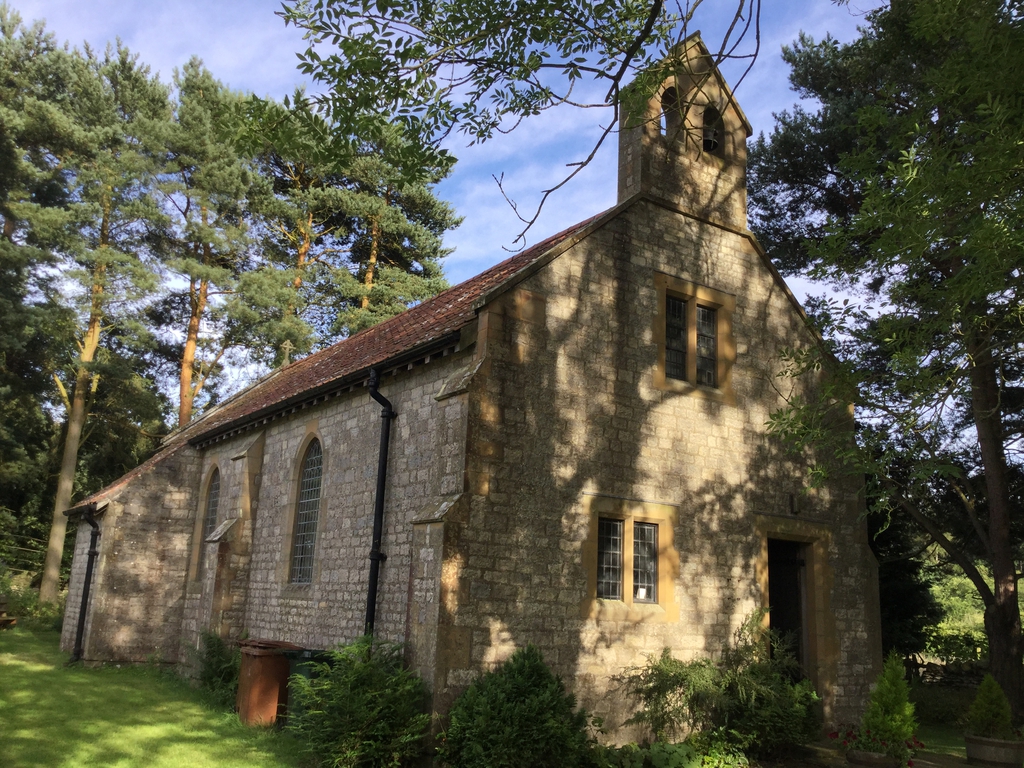 The village of Hutton-le-Hole is part of the ancient parish of Lastingham, and St Chad’s Church is a daughter church (known as a chapel-of-ease) of St Mary’s at Lastingham. It is under the care of the Vicar and Parochial Church Council of Lastingham.
Records show that at the end of the nineteenth century services were being held in the village schoolroom. In 1901 a disused Congregationalist chapel, known as Zion Chapel, next to the site of the present church, was purchased by the Parish, and this building was dedicated to St Chad. In 1934 this was replaced by the present building, and dedicated once again to St Chad.
Who was St Chad? Chad was one of the three brothers of St Cedd from Lindisfarne who in 654 founded Lastingham Church as a Celtic Monastery. After Cedd’s death in 664, Chad became Abbot of Lastingham. He was later consecrated Bishop of Lichfield. His feast day is 2nd March.
Special features of the building include:

a wooden altar with stone mensa a lovely oak reredos from Welburn Hall altar rails made by Robert ‘Mouseman’ Thompson of oak from Douthwaite Hall a Font and Lectern from Ryton Church; pews from All Saints, Kirkbymoorside some good post-war stained glass in the sanctuary, depicting to the north St Chad, and to the south the Crucifixion and the Annunciation; a good one-manual organ built in the 1860s, with seven speaking stops. It came from a Methodist Chapel in Scarborough, but originally was probably a chamber organ in a private house. the stone carved cross from above the door of the old Zion Chapel, incorporated into the north boundary wall.
×