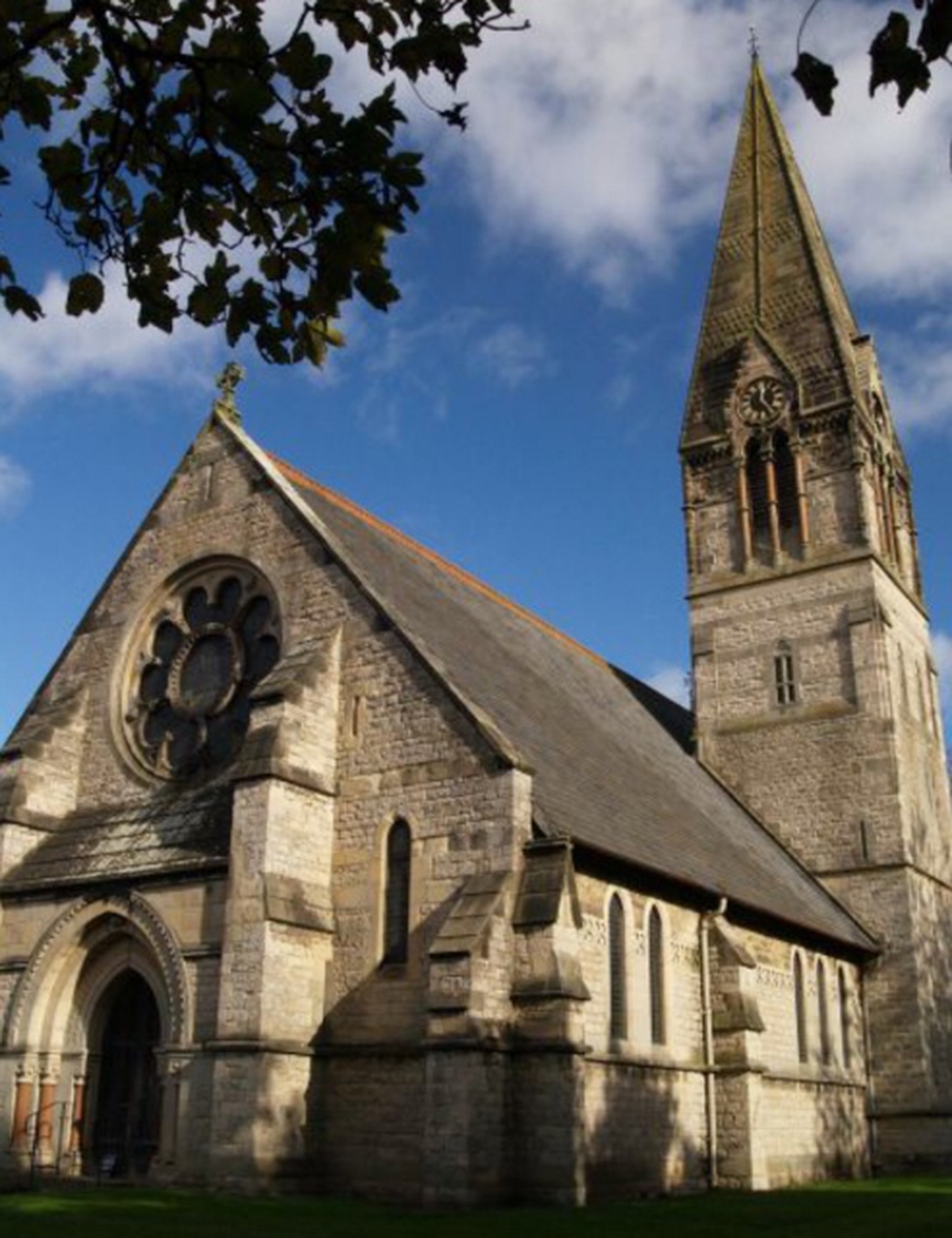 Christ Church was built to the highly detailed internal and external design of the celebrated architect J. L. Pearson. It remains to this day substantially as designed and built. Pearson built many other churches throughout the country, including Truro Cathedral, and was also responsible for the extensive restoration of Lastingham Church in 1879.
Pearson was a spiritual man, and he poured much of his faith into his design – as can be seen by a study of Christ Church, which was dubbed by Archbishop Thompson ‘this little gem of moorland churches.’ In John Betjeman’s English Parish Churches it is described by the architect George Pace as follows:
A church finely conceived within and without by J. L. Pearson, the almost detached tower and spire and the apsidal chancel being its highlights. There is much competent French detail, but the tower up to belfry stage displays fully developed Pearsonic traits . The interior shows rich and effective use of ironwork and glass, quite definitely of the nineteenth century and the work of a real architect.
The building is a solid stone structure of mainly local materials, except for the external shafts of the openings which are of red Mansfield stone. Coloured stones, especially Rosedale ironstone, are used in bands and patterns with good effect. It consists of nave, aisles, and chancel with an apsidal east end, suggested perhaps by that of the mother church at Lastingham. The walls of the nave and chancel are the same height. There is a clear sense of a central axis from the Font, the place of welcome, to the Altar, the place of sacrifice and redemption. An east-west axis is largely suppressed by the placing of the north and south nave windows out of alignment.
An unusual feature is a narthex as a West porch opening into the church by two doors, between which stands the Caenstone font. On either side of the doors are two blocks of miniature pews for children, having been welcomed into the family of the church when baptised in the font, moving here for the next stage of their journey of faith. Sunday School was taken in these pews; from there they moved to the nave, and then on, up towards the chancel and the altar rail, the place of full communion. The placing of the font and these pews is highly symbolic, and Christ Church is a rarity in retaining the original features in situ.
There is a chapel at the east end of the north aisle, which was never finished but possibly intended to receive an altar-tomb with a recumbent effigy of Joseph Shepherd.
There is a tower surmounted by a spire 90 feet high, in an unusual position at the east end of the south aisle. It contains a fine peal of six bells by Mears and Stainbank (now the Whitechapel Bell Foundry), currently in need of restoration. The clock is by Smiths of Clerkenwell (labelled Boxell of Brighton), and was provided by public subscription in 1870.
The church was built by Appleton craftsmen: Messrs Smith, builders, and Messrs Tomlinson, joiners.
The organ is by Forster & Andrews and dates from 1866. It originally had one manual and pedals, and was later enlarged to two manuals. It still has tracker action throughout, and now has ten speaking stops – nine on the Swell but only one on the Great. It is an eccentric instrument, having its Swell keyboard below the Great, but it is well-toned and has a lovely Oboe. It has ornate casework and beautiful decoration of the front pipes.
The church was wired for electricity in 1949. The existing chandeliers were at first removed, but were adapted and restored in 1962.