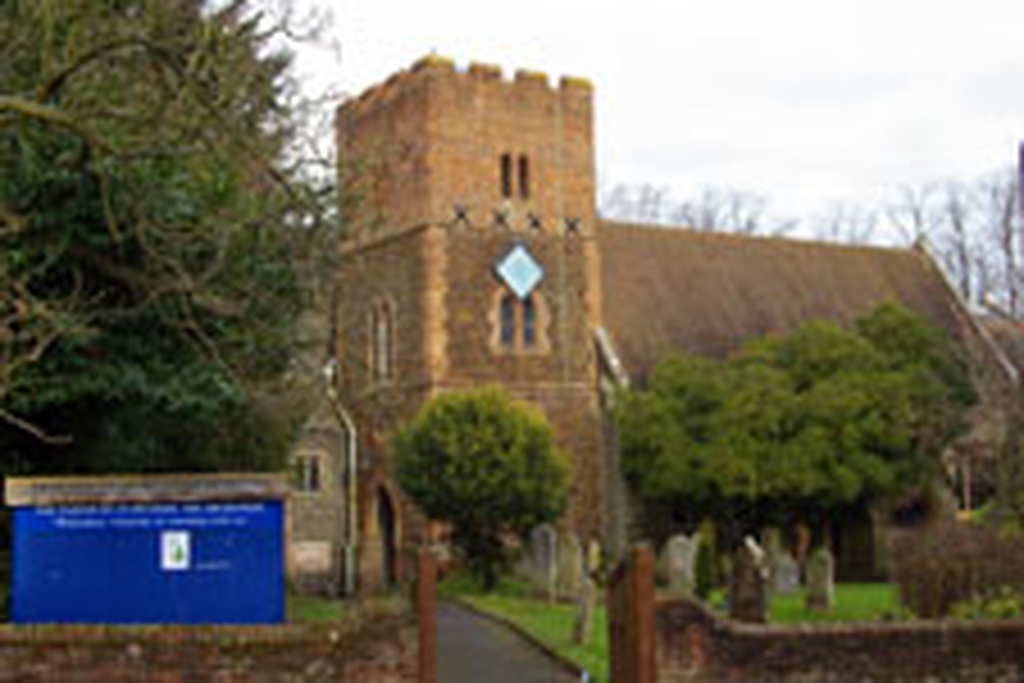 Aldershot: St Michael the Archangel
Services and events
News and notices
About us
Find us
Church Lane East Aldershot
Get in touch
01252 320108
Facilities
More information
Edit this Church

The land on which St Michael's now stands was personally owned by Alfred the Great and when he died he left the land to the monks of Winchester (maybe there was a place of worship here before that time).
It is likely that the church was built sometime between 1120 and 1150 - there are signs of the middle ages around the church and the oldest bell in the tower has been rung since 1380.
During the reign of Elizabeth 1 the tower was rebuilt and formed part of a beacon chain to warn against the coming of the Spanish.
In 1645 Royalist troops invaded the village and set fire to it but St Michael's was spared the fire and survived.
The clock was installed in 1799 (as well as a turret bell) and in 1801 a body snatching scare led to the construction of the distinctive brick-arched graves in the churchyard.
By 1859 (when the Army Camp arrived) the population of Aldershot had grown from 875 to 16,000 and St Michael's was extended but soon swamped. The town centre was moved a mile north and extra churches were built and St Michael's was spared further pressures of urban improvement in the late 19th century.
The church took on its present shape in 1911 when a further extension was completed.