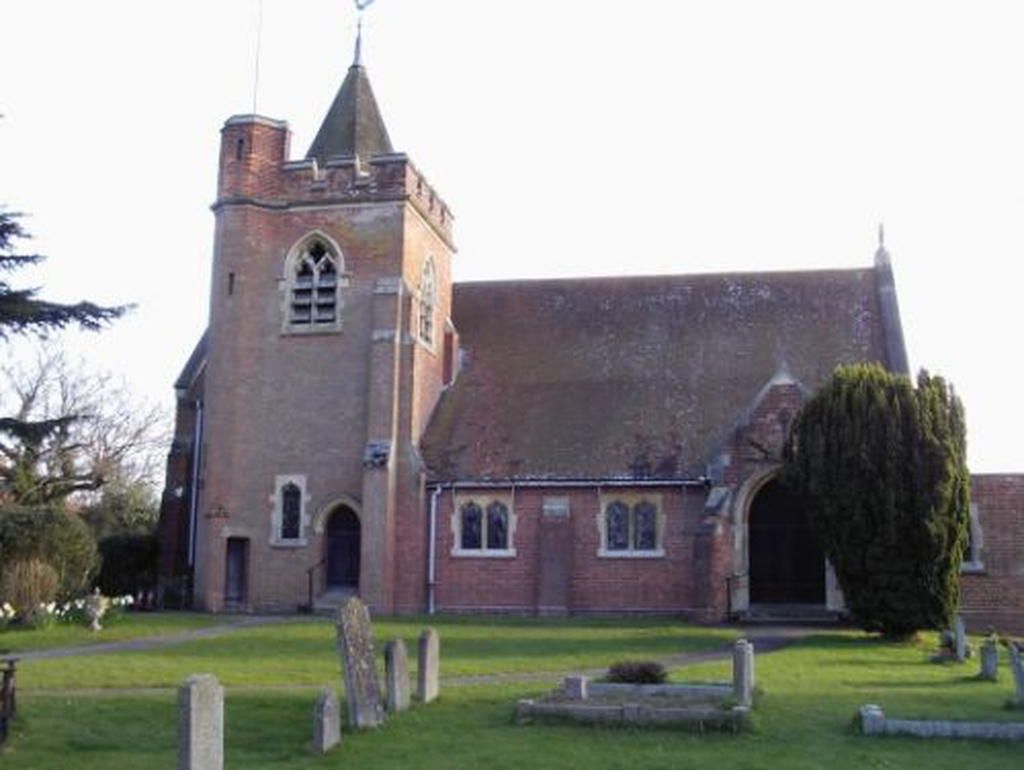 Our church was completed in 1901 to replace a chapel originating in the 15th century, whose site at the village centre had no room for a burial ground. While perhaps lacking some of the charm of an ancient building, it was in fact designed by a noted architect of the day, is generally regarded as having a "welcoming" feel and has a number of interesting features.

Foremost among these perhaps are the five contemporary stained glass windows designed and made by Penelope Neave and given by Elspeth Riley-Smith of Brewhurst in memory of her parents and husband.

The design of the reredos curtain behind the altar includes a peacock (for Paradise), doves (for peace), the Pascal Lamb and cross which is the sign of St John the Baptist, the Sussex Coat of Arms (with Martlets) and an L for Loxwood.

Note also the ancient oak pews to be found in the north aisle, at the back of the main aisle and in the chancel. These are said to have been made using only the axe and the adze, that's to say without saw or plane, and almost certainly date from the original village chapel. To the left of the altar is the Jacobean style Bishop's Chair donated by another parishioner.

The Book of Remembrance beneath the west window was presented by the Parish Council to mark the Millennium; the stand and cabinet were made locally of Ifold oak, felled in the storm of 1987. The village map was designed and executed by a team of local residents.