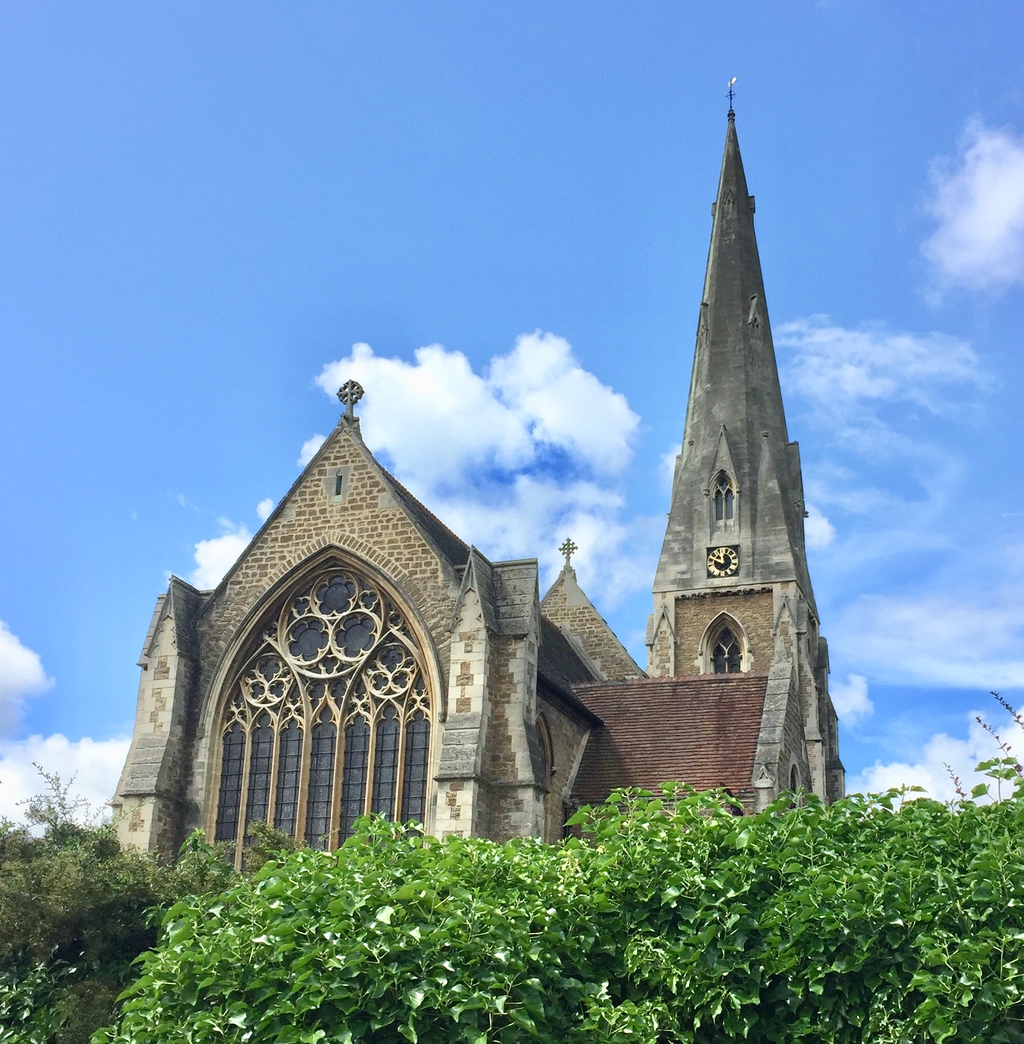 Baby change facilities are within the disabled larger toilet.

One accessible toilet available in the Parish Centre.

General awareness, and some non-neuro typical members of the church.

Car parking is available in Churchfields Car Park, Churchfield Rd, Weybridge, KT13 8DE and accessible spaces are right next to the gate into the church site.

Defibrillator is mounted on the outside of the Parish Centre and accessible 24/7.

We have temporary ramped entrances into the church, which will be replaced hopefully later in 2022, when a proper raised and sloped entrance will be installed. Please ask for any assistance that is required.

A loop is installed in church.

We are aware of dementia and the challenges that can occur, and welcome all to worship with us.

A full peal of 8 bells is rung for all Sunday 10am Masses. Bell ringing practice is on Thursday evenings at 7.30pm, new members of the team are always sought, and full training is available.

St James' is a fabulous concert space, and varied concerts take place throughout the year.

The Organ was built in 1983 by Peter Collins of Redbourn, Herts., using some pipework from the
previous organ, which was by Brindley & Foster, rebuilt by Norman and Beard, and Corbett & Beilby.
The Chancel front dates from c1889 and was designed by John Loughborough Pearson, who
designed the church. A new case with the Swell and console by Collins faces down the north aisle.
During 2012 work has been done on the organ by B C Shepherd & Sons. The rosewood key coverings
were badly worn, and have been replaced with ebony. The stop knobs were refaced and reengraved with bolder type. The organ was cleaned, and adjusted. The leather action lozenges were
all replaced with new thicker ones (two for each note), as they were breaking. Extra passageboards
and new ladders have been fitted. New lighting has been fitted in the organ, and new console lights
fitted. The Great Trumpet which was a poor stop from the former organ was replaced with a good
quality secondhand spotted metal stop. The small scale half length Pedal Fagot was remade with
new larger scaled full length resonators. The pipes for this stop were made by Kevin Rutterford, and
voiced by Keith Bance, who also voiced the Great Trumpet.

St James' has a full SATB RSCM robed choir that meets for practice on Wednesday evenings at 7.30pm. New members are always welcome.

A branch of the Runnymede Trussell Foodbank is hosted in church every Thursday from 1pm to 3pm.

A donation point to the foodbank is at the rear of the church.

Our Parish Centre has two halls that are available to hire for a variety of purposes , and the church itself can be hired for concerts. Please contact the Parish Office for further details.