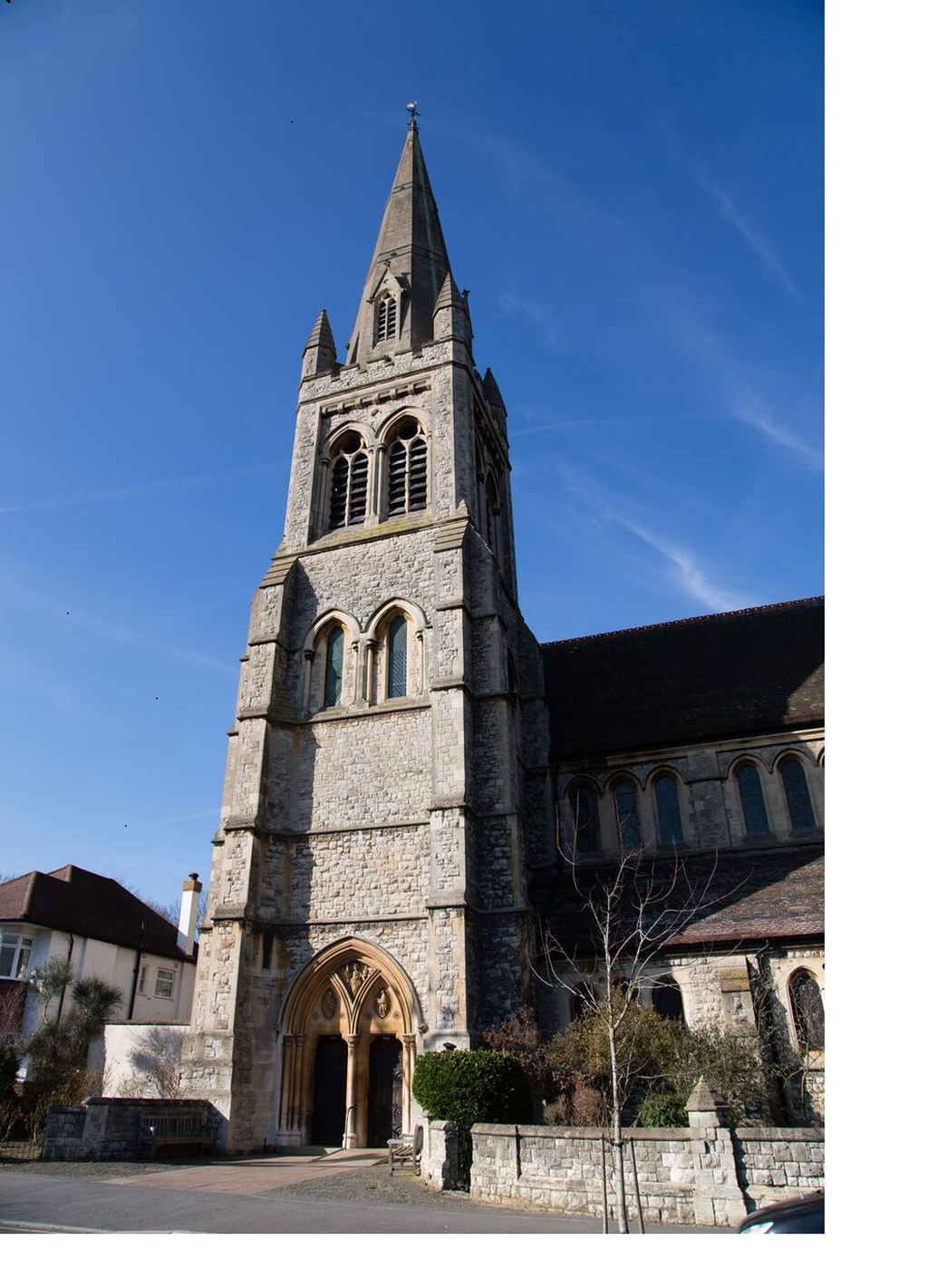 St Matthews, Surbiton
Services and events
News and notices
About us
About the church
Find us
St Matthew's Avenue Surbiton
Get in touch
(020) 8390 5121
Facilities
More information
Edit this Church

A large stone faced church, built 1874-75 to the design of architect C L Luck. The building is listed grade II and the listing description dated 6.10.83 is as follows:-

"Squared rubble stone Church in the Gothic style. Comprises Nave with North and South aisles, with a square Tower at the West end of the South aisle containing the entrance; North and South transepts and apsidal Chancel. The Nave is of 4 bays with a high clerestory, 3 lancets to each bay in clerestory and aisles. The Tower is crowned with an octagonal stone Spire behind parapet with corner pinnacles. The West window, North and South transept windows and the Chancel windows have 4 lights with geometrical bar traces. Steeply pitched, tiled roofs."

The spire and upper part of the tower was reconstructed after the second world war due to bomb damage.

The Hall (referred to as the Sitzler Room) was added at the west end of the church by Melhuish and Anderson in 1974 and has rendered masonry walls and a flat felted roof.
×