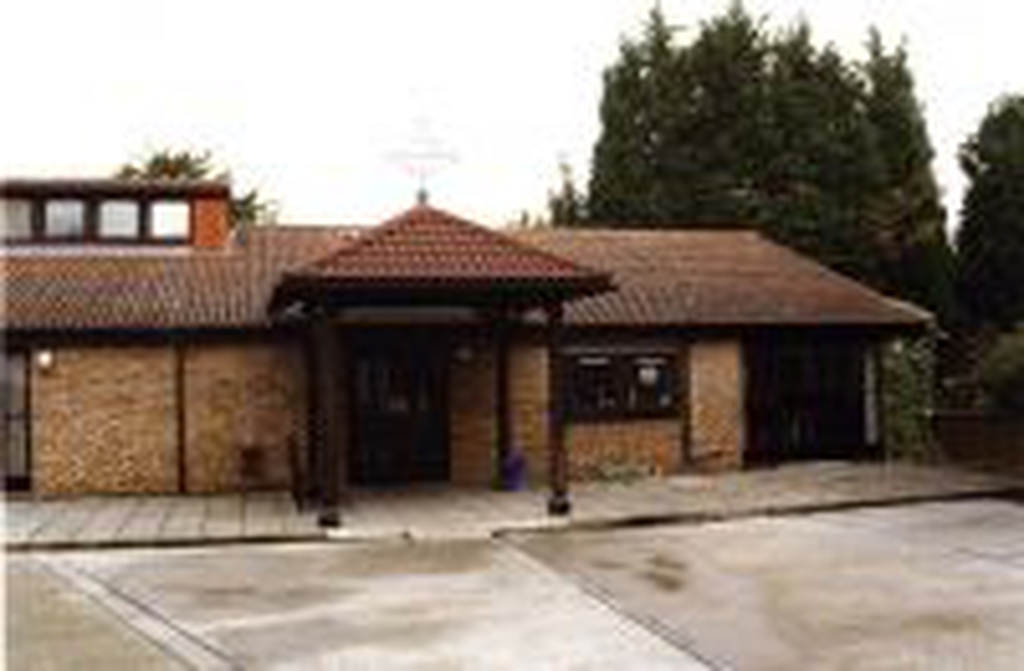 The church dates from 1980, and was designed by local church architect Melhuish and Anderson. It replaced a previous Victorian church, and was dedicated on 23 July 1983.

A single storey structure, the building comprises a worship area seating perhaps 130 people, with semi-circular apse area behind the altar on the (geographical) north side and an aisle for additional seating opposite to the south, adjacent to the car park. An entrance lobby to the east separates the worship spaces from the ancillary rooms, which comprise boiler room, toilets and store at the north end, a hall area lightly divided by lightweight sliding concertina partition, and a kitchen to the south again overlooking the car park and entrance area. There is a vestry to the north.

A simple sloping roof covers the majority of the building, with a dormer light feature to the ridge to light the worship space. The apse has a flat roof, and there is a free-standing timber entrance canopy in front of the main entrance. This was originally unroofed, but was covered over in 1986. There are brick gable walls to east and west.

The churchyard and car park are small, the east boundary coinciding with the east wall of the church, and with narrow strips of land to the north and west. The car park and a small area of paving outside the church are to the south.
×