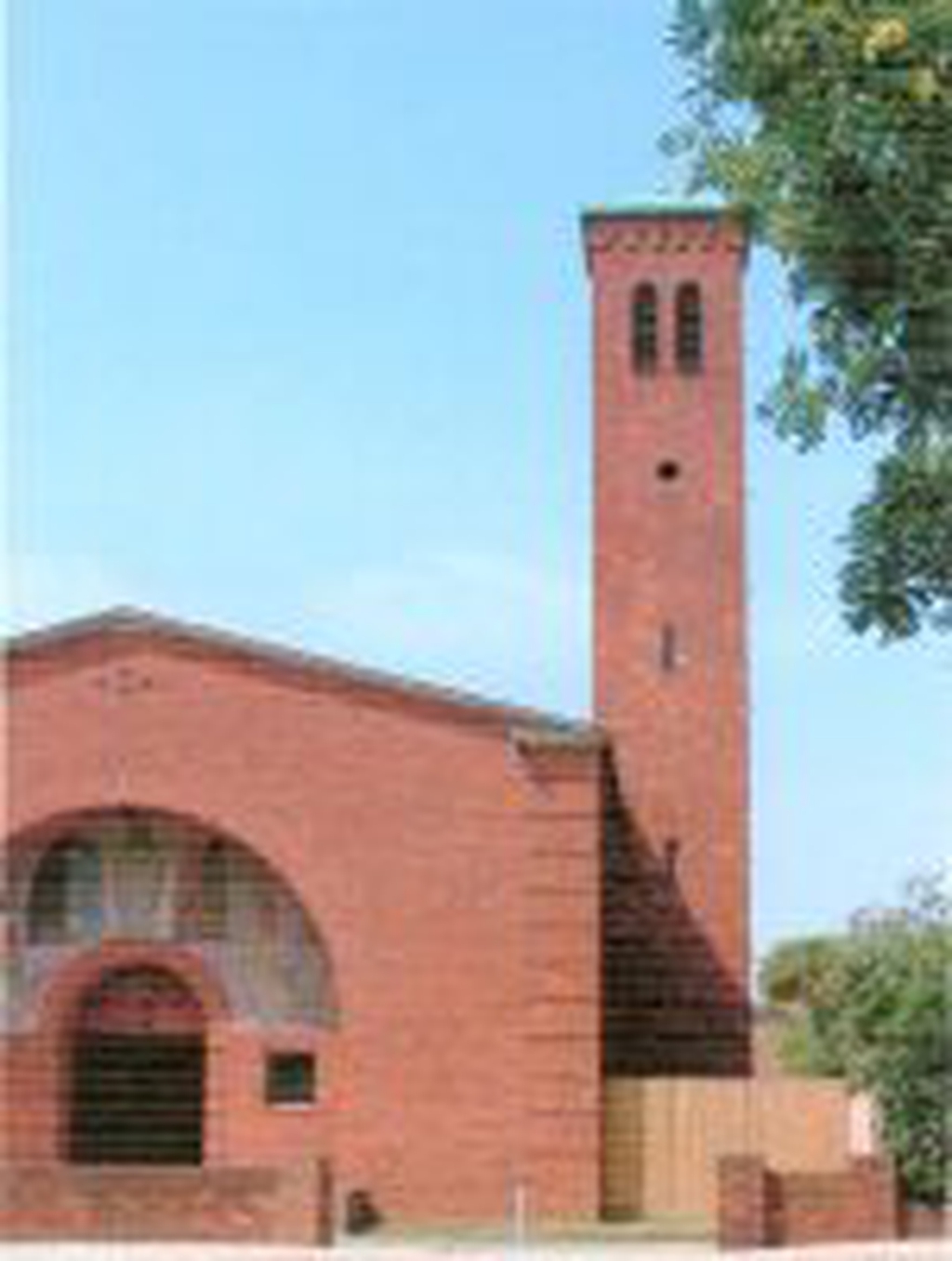 Welling, St Mary the Virgin
Services and events
News and notices
About us
About the church
Find us
Welling
Get in touch
Facilities
More information
Edit this Church
Church of England Diocese of Southwark St. Mary the Virgin Welling

The building of St. Mary's church was begun in June 1954, the architect being Thomas F Ford FRIBA, FIAS. The foundation laying ceremony took place on October 9th 1954, and the consecration of the church on October 1st 1955. The parish was formed out of St Michael's, East Wickham.

Overall, the church comprises a narthex (entrance chamber), nave and shallow sanctuary. The church also has a partially disengaged north-west campanile, or bell tower, and externally is in an Italian Romanesque style.

The tympanum over the main door is decorated with a form of art which is seldom seen in Britain, known as "S'graffito', which suitably to the style of the church, originated in Italy. The subjects are the "Joyous Mysteries' in the life of the Blessed Virgin Mary, the patron saint of the church. The artist was Mr Augustus Lunn (1905-1986).

By contrast, the interior is in a Greek revival style suggestive of the work of Sir John Soane, the intention being to create a sense of classical elegance and harmony. The focus of the church is provided by the altar and reredos (altarpiece), intentionally so in a church dedicated to the centrality of the celebration of Holy Communion. Some of the internal features such as the font and the altarpiece in the side chapel are re-used from other churches now closed.

The charming and colourful mural paintings underneath the arcades are by Miss Clare Dawson. The subjects of the paintings are designed according to a scheme known as a "typology' by which the events of the Old Testament are seen to foreshadow and predict the events of the New Testament, in particular the birth and Incarnation of Christ.

On the right of the nave is the Statue of the Virgin and Child, with a votive candle stand below. It is made of limewood, and is the work of a London artist, Mr P J Bentham.

The sanctuary area at the end of the church is enclosed by a simple communion rail. The organ was constructed by N P Mander Ltd of London in 1955. The pipes are at the opposite end of the church, in the gallery. Observers should take particular note of the many representations of angels around the sanctuary area, including the beautiful sculptored figures at the top of the reredos. The reredos is a portrayal of the Ascension of Christ into heaven, which is described in the New Testament in the two books traditionally ascribed to the evangelist Luke. It was painted by the distinguished German Jewish artist Hans Feibusch (1898-1998), who was a refugee from the Nazis, and whose work can be seen in many churches, including Chichester Cathedral.

The large stained glass windows piercing the north and south walls of the sanctuary are both portrayals of archangels, St Michael (left), and Uriel. St Michael is mentioned in scriptural and apocryphal literature as the warlike enemy of Satan and the help of Christians, and hence he is portrayed armed and armoured!

In front of the side chapel is the Book of Remembrance for those who's ashes are interred in the church's garden of remembrance. The chapel is dedicated to St Thomas of Canterbury. Elements of the design are taken from the Eighteenth-century "Strawberry Hill Gothick' style. The Blessed Sacrament is reserved in the aumbry in the left-hand wall.