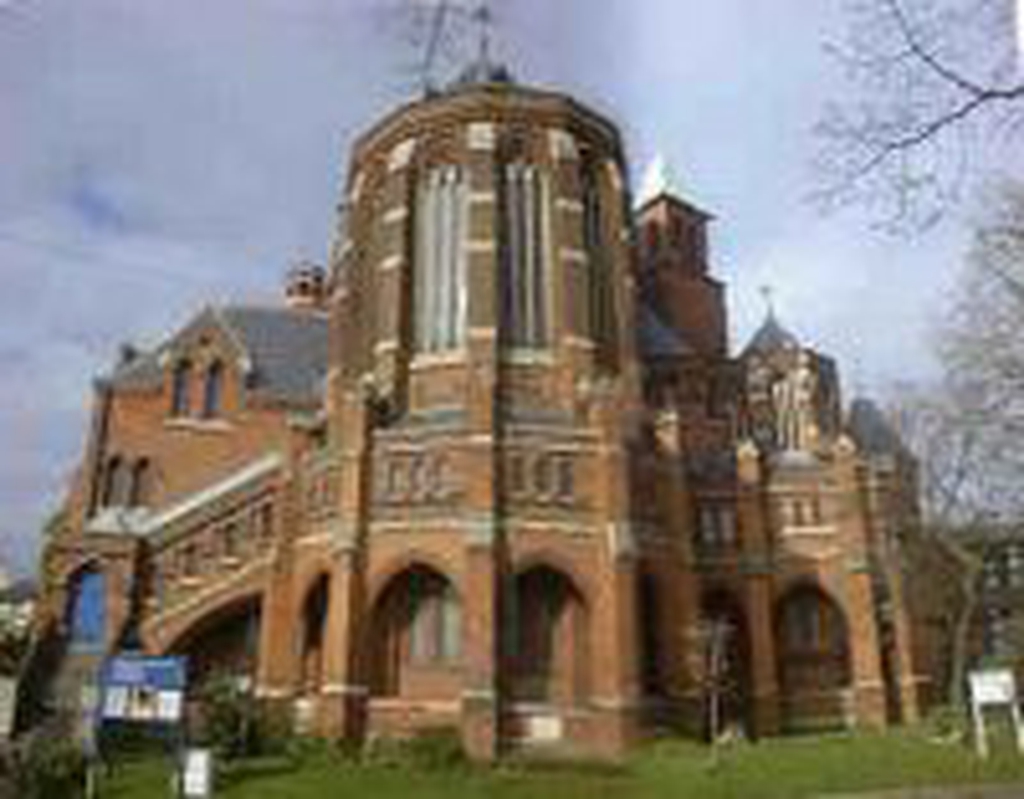 West Dulwich, All Saints
Services and events
News and notices
About us
About the church
Daily Prayer
Find us
Lovelace Road West Dulwich London
Get in touch
(020) 8676 4550
Facilities
More information
Edit this Church

The church was totally gutted by fire on the morning of Friday 9th June 2000 and then beautifully restored. The majestic interior is now suffused with light.

The church was built between 1888 and 1897 and is an important example of the work of G H Fellowes Prynne, a pupil of G E Street. The building is vast in scale even though incomplete. The nave was intended to be 3 bays longer with an apsidal western baptistry. A flí¨che was intended over the chancel arch, flanked by a tall slender tower. Only the base of the flí¨che exists and the present simple bell turret by J B S Comper of 1952 is a modest substitute. The west porch is another post-war addition.

The church comprises a 4 bay nave, the west bay being incomplete with no clerestory and 'temporary' slated gable end. It is flanked by narrow aisles and porches (now used for other purposes). The nave is flanked by the Lady Chapel in the north Aisle and a further Chapel in the south aisle. The apsidal chancel is enclosed by a narrow ambulatory. To the north the Lady Chapel has its own arcaded chancel with ambulatory. The organ and choir stalls are situated in the gallery.

The site slopes dramatically down from Lovelace Road to Rosendale Road. The east end is dramatically lofty and the whole church, with the exception of the incomplete west bay, is poised over huge crypt spaces, which are extensively used by the wider community. The north-east corner of the building has 4 storeys of accommodation. A fine enclosed staircase rises to church floor level across the east elevation.

The church is brick built with stone dressings and steep pitched slated roofs. The aisles have individual double pitched roofs with deep valley gutters alongside the nave's clerestory.

Architecturally the contrast between the soaring Victorian east end facing Rosendale Road and the bold, modern west end entrance onto Lovelace Road could hardly be greater.
×