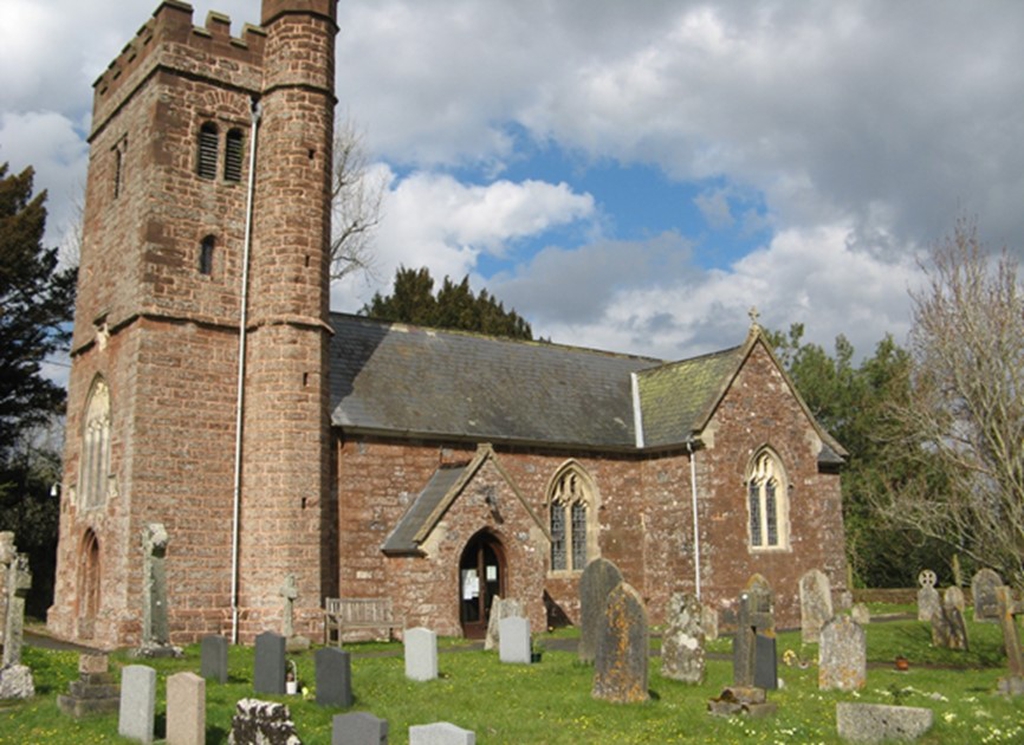 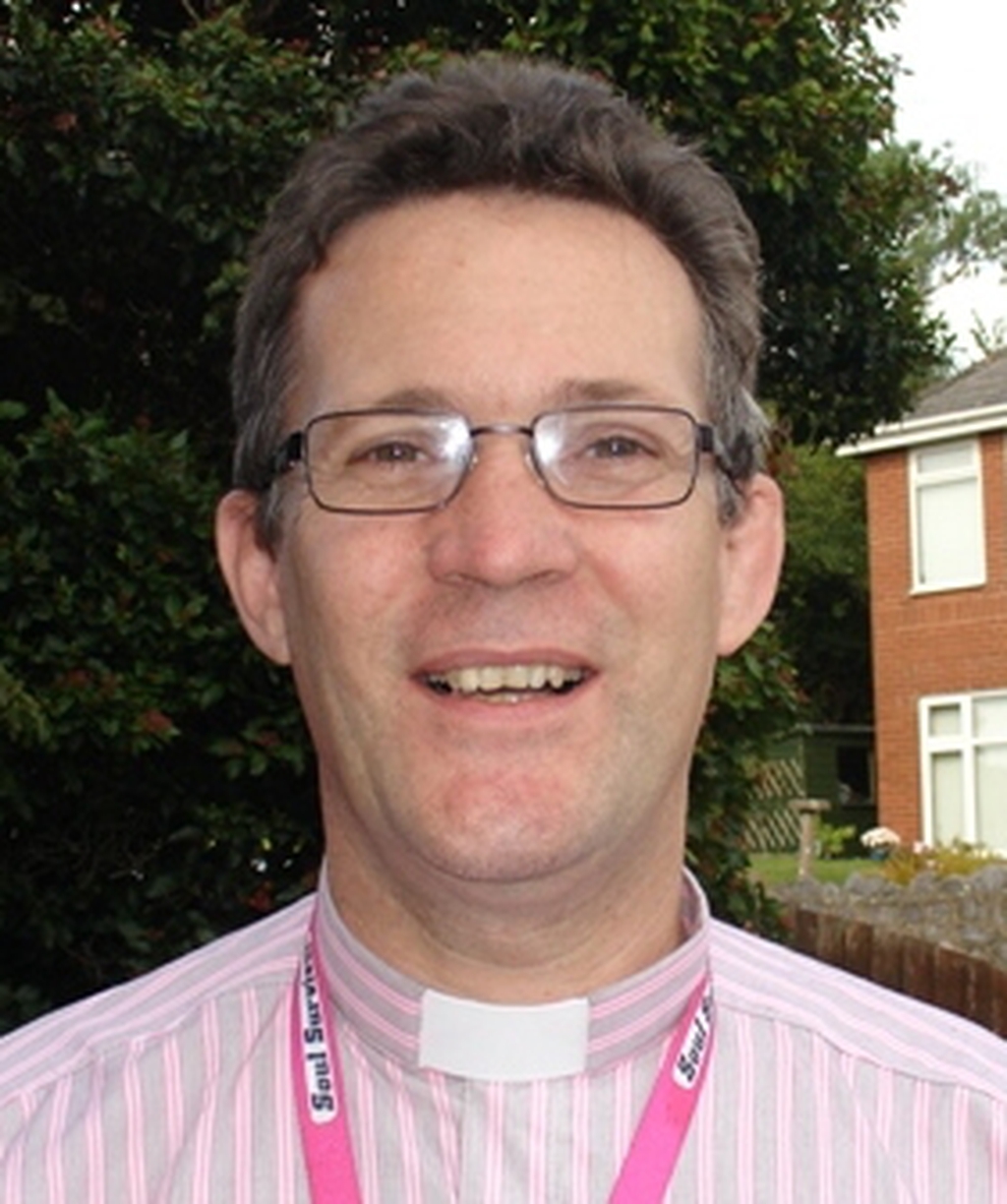 The Church of St George the Martyr
Shillingford St George

The Parish
The parish of Shillingford St George is in two parts. North Shillingford was granted to Torre Abbey in the reign of King John (1199-1216) and became known as Shillingford Abbot. The first vicar of the church was Walter Durling in 1343. Shillingford St George was an independent parish until 1791, when it was united with Dunchideock, and Revd. Thomas Hugo became the first rector of the United Benefice. In 1978, when Revd. John Godeck was instituted to the living, the parish of Ide was added to the Benefice. In April 2008 Shillingford and Ide were joined with Alphington to form a separate Benefice and transferred from Kenn Deanery to Christianity Deanery. The three parishes are cared for by the Revd. Mike Partridge who resides at Alphington, and became a full Mission Community in April 2012.

Past History
Shillingford was originally a small agricultural settlement in wooded country on the slopes leading up to Haldon. Dunchideock took its name from Duns (meaning camp) and Coediog (meaning wooded), i.e. “the camp in the woods”. “Selingforda” and “Dunsedoc” are mentioned as such in the Domesday Book which says that “Willelmus had a mansion called Selingforda. He had 6 villeins, 4 serfs, 6 beasts, 80 sheep, cultivated fields and meadows and was worth 4 pounds a year”. The property was in the hundred of Wenfort (Wonford)

The Shillingford Cross
This ancient cross was placed at the crossroads in the village as a memorial to those who fell in the 1914-1918 Great War. It is made of local conglomerate, and not of the usual granite for Devonshire crosses. It is of great age and would probably have originated as a preaching cross. Before being set up as the War Memorial it was lying against the wall in the southeast corner of the Churchyard and the base was found at the foot of the hill ascending into the village (outside Barton Cottage). A larger listed granite cross is in the churchyard. (See: churchyard cross)

The Church
Originally, this was probably the domestic chapel of the Shillingford family, one of whom was a Rector of the parish and is named on the list in the vestry. This family remained the owners of the lands until they were sold by William Shillingford to Sir William Huddesfield. Sir William (d.1499) was a famous lawyer and Recorder of the City of Exeter. He became Attorney General to King Edward IV (1461-1470 & 1471-1483) and of the Council of Henry VII (1485-1509). Sir William enlarged the church and erected the tower. The church itself is a perfect cruciform, with Nave, Chancel and Transepts. From the east end, it is noticeable that the tower has been built to the left, the head of Christ being inclined to the left as he hung from the Cross. This inclination is more commonly found in the case of the chancel.

The Door
The ancient door has an unmistakeable Sanctuary Ring in the centre. Persons in danger of life or liberty were safe as soon as they grasped the ring.

The Font
The octagonal font, perpendicular in style, was probably presented by Sir William Huddesfield in the C15 when he built the tower. Upon the panels are his Arms, impaled with those of Courtenay (his second wife was the former Katherine Courtenay of Powderham). Another shield displays a chevron with three roses, and another panel has the device of three fishes with their tails in each other’s mouths, emblematic of the Holy Trinity. On the alternate panels is the quatrefoil, common to fonts of the style.

The Roof
The timbers of the roof have been restored, but the ancient bosses have been retained, those above the Chancel being gilded

The Pews
The pews and pew ends are mainly Victorian copies of original 17th Century pews of which 4 remain at the west end. Unusually, the pew ends along the nave are carved in pairs. The Exeter Flying Post carried a news story on 19 June 1856 in which it was noted that the new seats were made by William Rex and the timber came from the Peamore estate. This was both oak and chestnut. Two pew-ends were used to form a table during the 2013 re-ordering.

The Nave
The lectern is a mix of 17th century carving and Victorian addition and stored in the tower room. Memorial tiles in front of the Chancel step commemorate the Palk and Welland families. The Palk family owned the former Haldon Estate; Lord Haldon being patron of the living. Robert Palk Welland was Rector of the parish for 48 years; and Henry Palk (son of Sir Lawrence Palk who built the Haldon Belvedere) was Rector for 25 years. The South Transept was added in 1856.

Founder’s Tomb
The brass above the tomb of Sir William Huddesfield and his wife Katherine on the north side of the Chancel is a most interesting feature of the church. The Knight and his Lady kneel under canopies. He wears greaves and a surcoat, usually worn over armour, embroidered with his armorial bearings. His helmet is surmounted by the Arms of Courtenay. Their children (two daughters and a stepson) kneel behind them. The inscription reads “Conditor et redemptor corporis et animae sit mihi medicuset custos utruisque” (May the Maker and Redeemer of body and soul be to me the physician and guardian of both) Dame Kateryn ye wife of Sr William Huddesfield and daughter of Sr Phyl Courtenay Knyght”

Other Memorials
1. A small, roughly-cut brass near the Huddesfield tomb commemorates John Seaman (d. 1664)
2. A mural tablet in the North transept to Revd. John Whiting has been described as an example of “bad Latin, worse English, vile spelling and the sentiment worst of all”.
3. The lancet window in the chancel, above the Piscina is filled with the armorial bearings of Huddesfield, Courtenay and other families related to them.

The Tower
The string course crosses a square-headed recess above the West Window in which appear the arms of Huddesfield impaled with the Courtenay, having boar and dolphin supporters on either side. There is also evidence of a doorway part-way up the tower staircase that may have led to a ringers or minstrel’s floor above the West door, or even additional congregation seating.

The Bell
The single bell was cast by Thomas Pennington of Exeter in 1716. It is said there were originally three bells and two were sold to buy the clock in 1815.

The Clock
The clock was made in 1812 by T&J Pollard of Exeter and was installed the year after it was made. The Churchwardens’ reports mention a final payment to Pollard in the 1813/14 accounts. It is interesting to note that the clock was installed in the same year that the (former) rectory was completed. Despite a lot of restoration work done in 1980, the clock had not worked for many years before that, and is still not operational.

Utilities
Electricity was installed in church in 1939, but was not connected to the mains until summer 1946; after blackout regulations were eased. Mains water was connected to the church in mid-2013 as part of the re-ordering to add a toilet, kitchen and vestry.

The Churchyard
An extended churchyard was consecrated in June 1909, when the main containing wall was probably built. Additional land near the carpark was purchased from the Parsonages Board by the PCC in 2013 and consecrated in April 2016 by the Bishop of Crediton.

The Churchyard Cross
The granite base & lower section of the shaft is believed to be mediaeval; the top of the cross is a later date. The massive socket stone is square at the bottom, octagonal at the top with chamfered corners with cushion stops.

The (former) Rectory
The old rectory at Dunchideock was sold when the two parishes were united in 1791. The rectory at Shillingford St George, which stood to the southeast of the present house, was demolished in 1812 “being in a ruinous state”. The current house was built in 1812/13, partly from materials brought from Hoppyns and partly of the stones of the old Mansion House built by Sir William Huddesfield, in the time of Henry VII, found on the spot. It underwent major restoration including demolition of one wing of the house and re-roofing of the rest in 1964/65. Fortunately, the best parts of the house were able to be retained in the restoration, including some cob and stonework in the walls on the west side of the house. This probably relates the rectory with the Church when it was the domestic chapel of the Shillingford family. Until it was sold in 1999, it was one of the oldest rectories in the Diocese of Exeter.

All moring services aare from Commmon Worship.
Evensong, once a month, is from the Book of Common Prayer