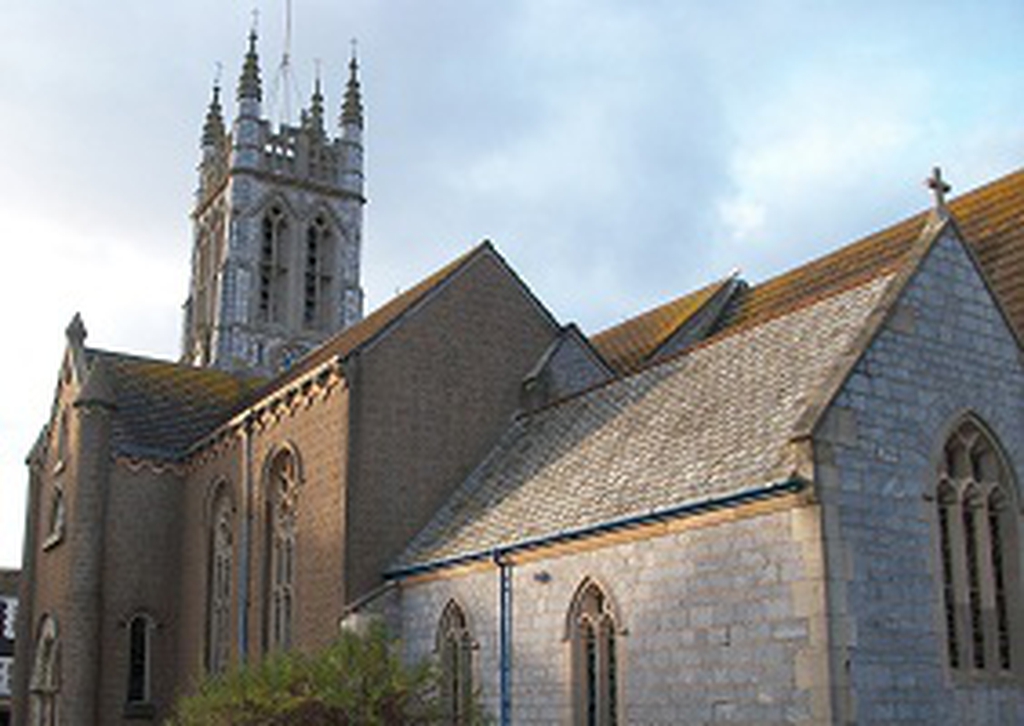 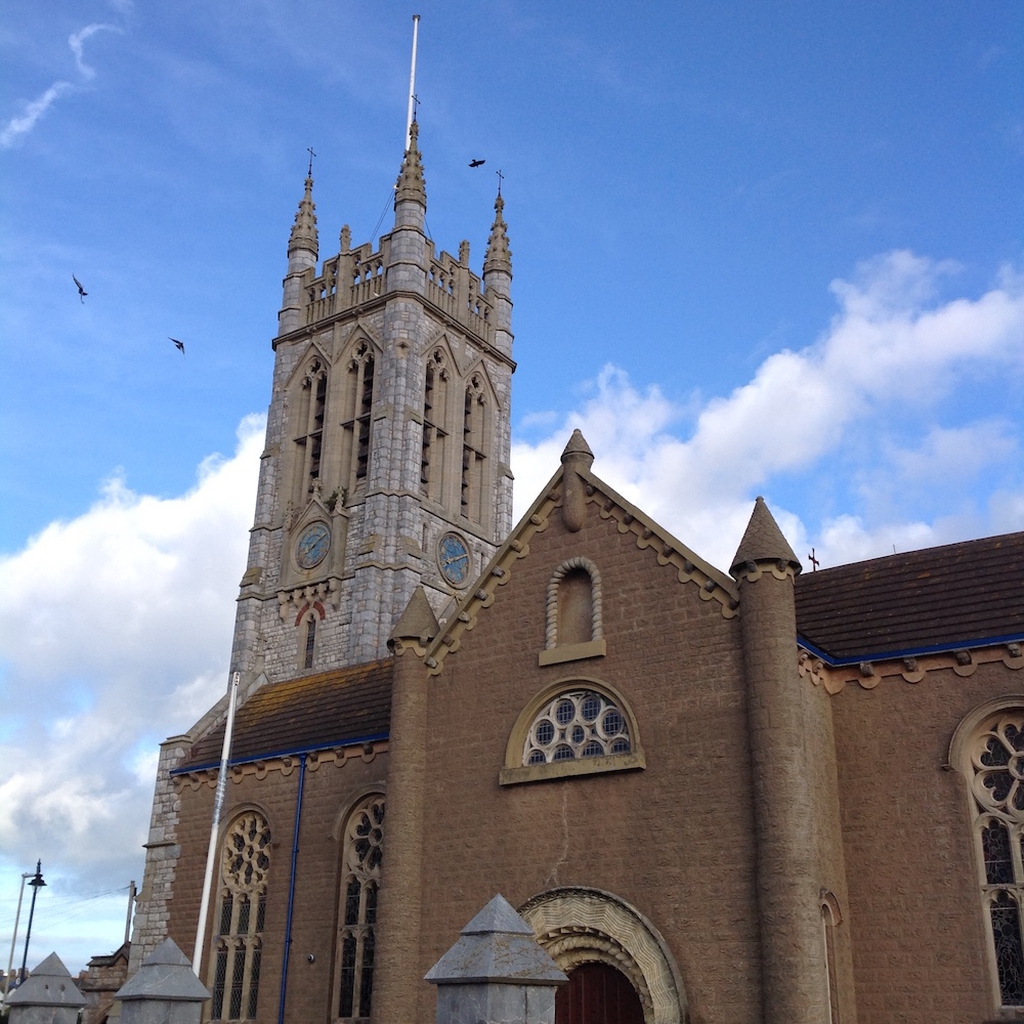 A brief history of St Michael’s:

The earliest religious building was a chapel reported to be on Church rocks where there was a cluster of small fisherman’s huts. Nothing remains of this.

By 1044 – a Saxon style church existed on the present site – a low lying area close to the coast and regularly raided by invaders from the sea.

By 1763 the building had been added to in order to include a square tower in the centre of the building with a thatched roof on the western side and a narrow rounded tower with a pointed cap.

By 1793 a south porch had been added. The 13th century Norman aisle also remained.

In the early 19th century Teignmouth became known as ‘the premier watering place in the South’ and public subscription raised the funds necessary to completely rebuild the church.

On the inside the 15th century octagonal stone carved font remained until 1911 when it was moved to Branscombe Parish Church and a wealthy parishioner donated the present day font.

In 1875 the chancel was added and the church was restored in 1887-89 and the present tower built for Queen Victoria’s Golden Jubilee. The eight bells were installed for the Diamond Jubilee.

In 1923 he rood (in which can be seen the trowel used for the foundation of the chancel) and screen were erected. They are elaborately carved on both sides and eight shields with emblems of the Passion.

In 1927 the Lady Chapel was built. The figure of Our Lady, was carved in stone by Herbert Read.

The organ, originally by Hawkins of Newton Abbot, has been rebuilt several times with some additions. The church tower houses eight bells. The tenor bell was recast from three medieval bells

Recent additions dedicated to the church include:

1983 – the Nave altar and furnishings

In 2012 major roof repairs were undertaken and in 2019 locally raised funds added to by an award from the Heritage National Lottery Fund enabled repair and restoration of five large stained glass windows. Fundraising continues for further repairs to the fabric of the building and to the remainder of the stained glass.

For more detail a carefully researched complete history of St Michael's was written by the late Venerable Clive Cohen. Copies of the first part of the history can be purchased from the Teignmouth Heritage Centre.