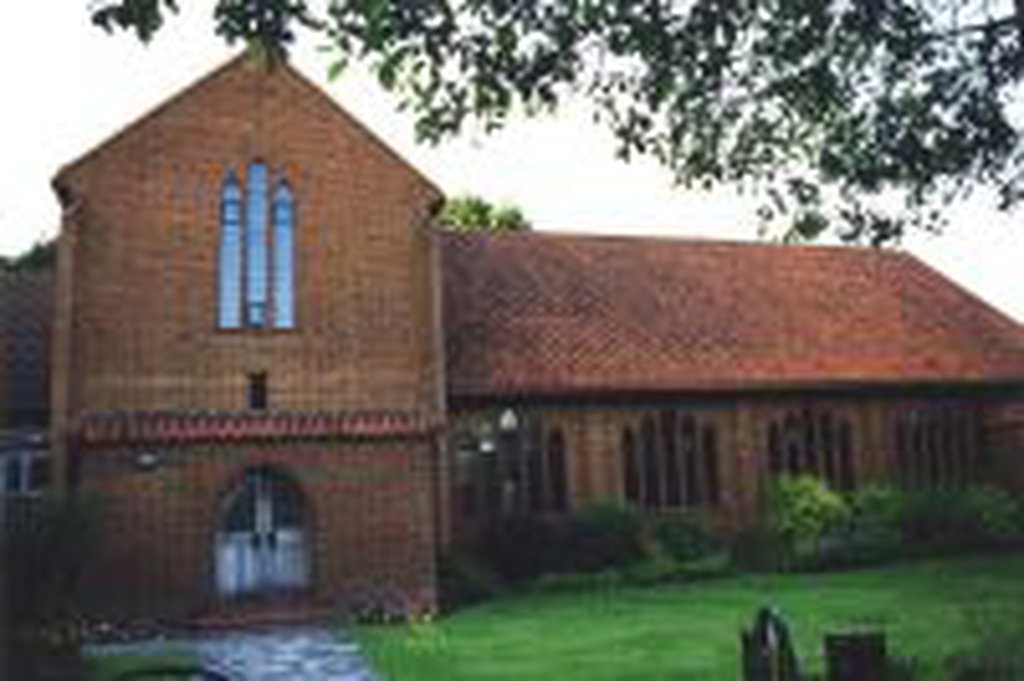 West Wickham, St Mary of Nazareth
Services and events
News and notices
About us
About the church
Clergy and Officers
More about our church
Find us
The Avenue West Wickham
Get in touch
(020) 8777 5034
Facilities
More information
Edit this church

The development of West Wickham between the two World Wars necessitated the formation of two new parishes - St Mary of Nazareth and St Francis of Assisi. The parish of St Mary's began as a conventional district in 1933, made up of parts of three neighbouring parishes. A dual purpose church
hall was built in 1934 to the design of Martin Travers Twenty years later a church was built on to the church hall, with a vestibule in between with folding doors, enabling all three parts to be merged in one for special occasions, giving a total accommodation of 600. A chapel, dedicated to the Annunciation, and vestries built over the vestibule were dedicated in 1962.

The interior of the church is boat-shaped, with light-coloured bricks. The nave has a single span roof, lancet windows and oak pews and furniture. A memorial window lists the names of fourteen parishioners who died in the Second World War. The chapel has plain white walls, a blue altar frontal and a gold dossal behind the altar. Also in the chapel are two old side panels from the original sanctuary, carved in blue and gold.

The vicarage, adjacent to the church, was opened and blessed in 1936. The buildings thus form an homogenous whole.