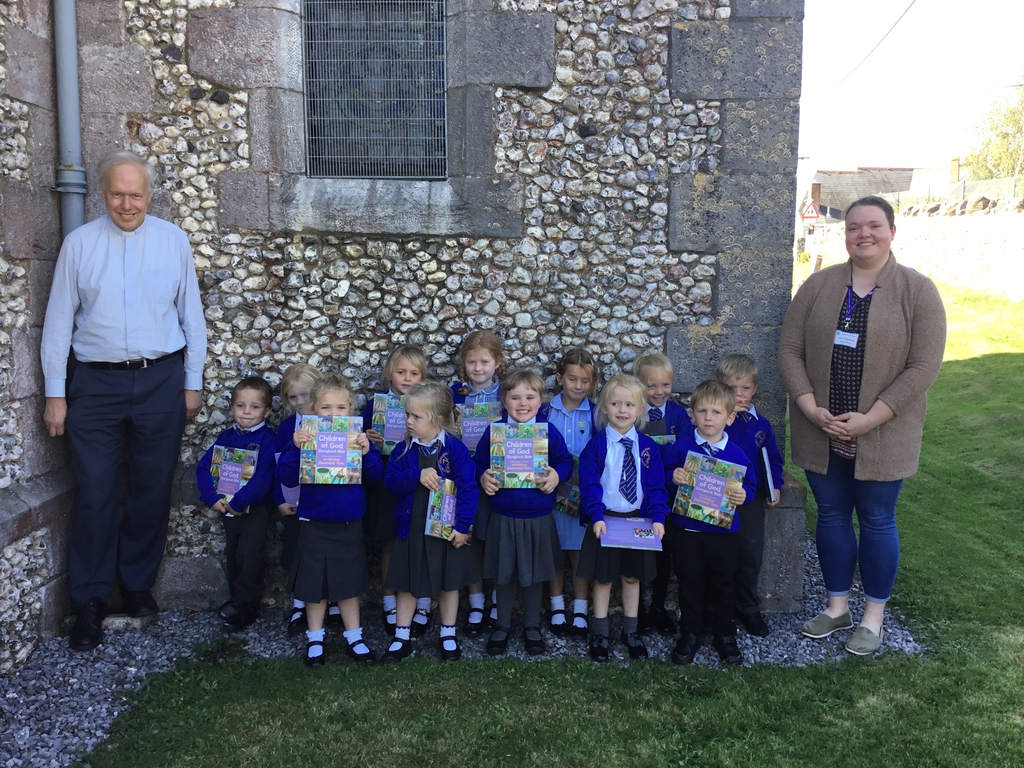 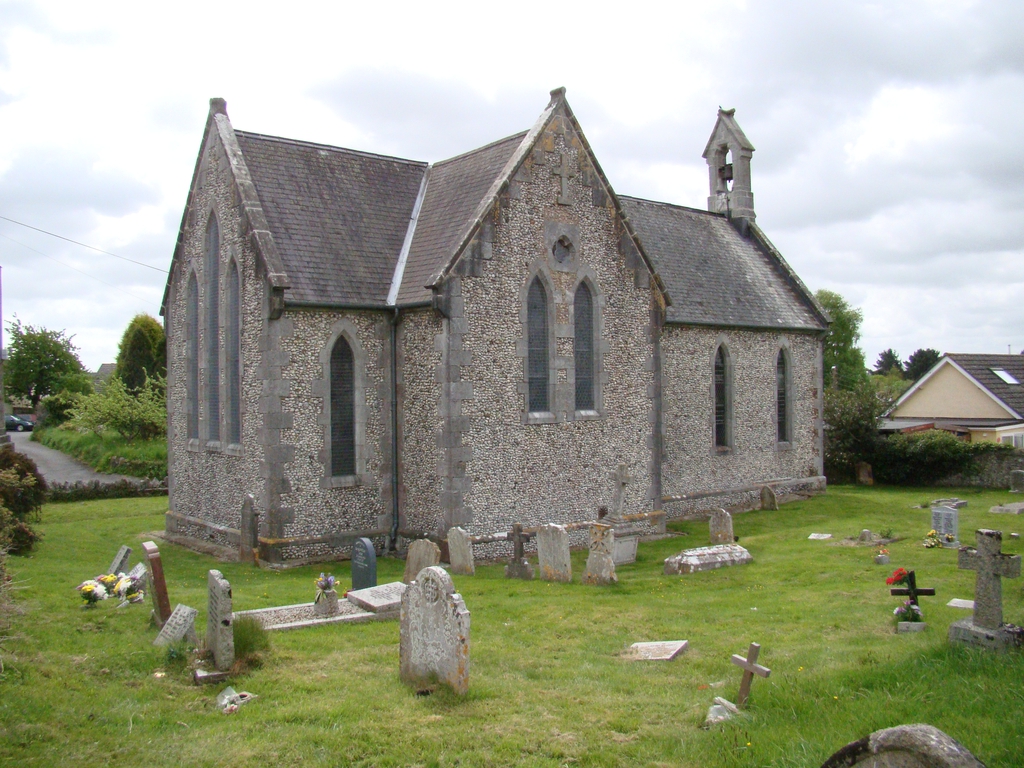 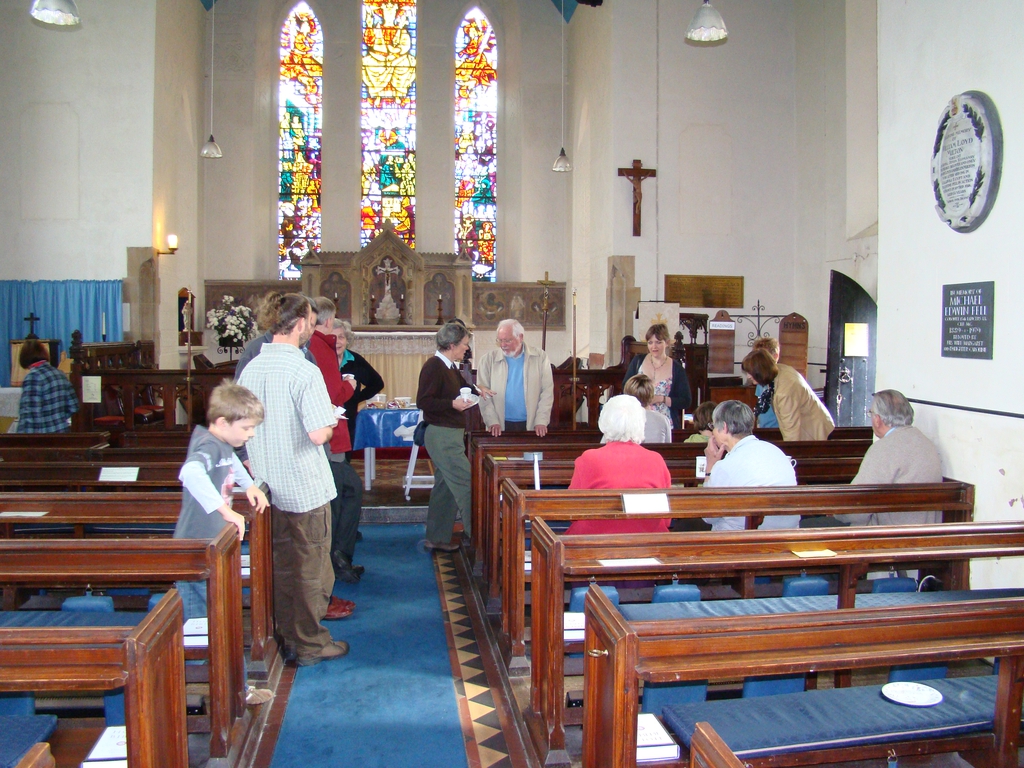 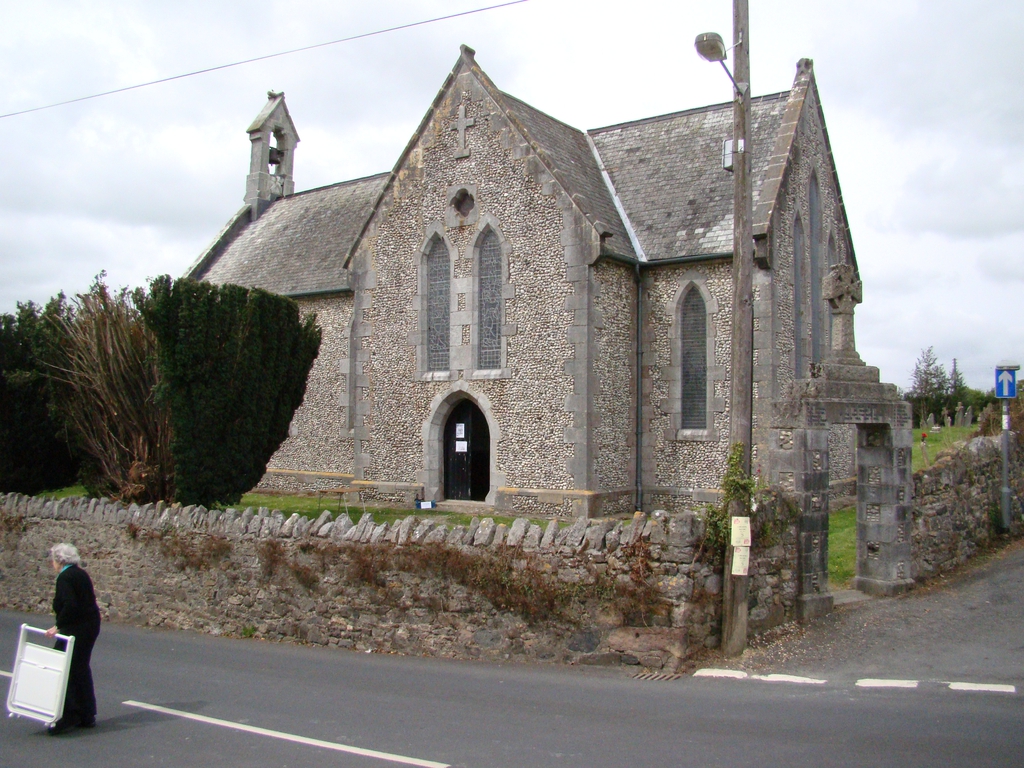 The land for St. Paul's was consecrated in 1841 and the building consecrated in 1849. It was a Chapel of Ease for the parishioners who previously would have had to have walked the three miles to Hennock. At that time it was known as Knighton Chapel.

The architectural style of this early Victorian Church is of Early English. The architect is believed to have been George Gilbert Scott, the grandfather of Giles Gilbert Scott architect of Liverpool Cathedral. The interior of the chapel was decorated and fitted by Revd. John Medley in 1846.

The exterior of St. Paul's is of Plymouth limestone and Haldon flint, placed with the rounded side facing outwards, which gives it a knobbled effect. Flint churches of Norfolk have the knapped side to the exterior. As far as we know St. Paul's is the only flint church in Devon.

On the roof-ridge east to west are Staffordshire blue roll ridge tiles. These were reserved from Chudleigh railway station at the time of its demolition, by Mr Colin Walker, a member of St Paul's PCC. He had been clerk of works at Canterbury Cathedral. The Church gateposts became the War Memorial for those who fell in the First World War, forming an arched entrance to the Church grounds.

By an Order of the Queen in Council bearing the date February 26th 1880, a District or Ecclesiastical Parish has been assigned to the Church of St. Paul, Chudleigh Knighton. The first Incumbent of the Chapelry of St. Paul (consolidated 28th February, 1880 from the three parishes of Hennock, Kingsteignton, and Bovey Tracey) was Revd. Remorden Sandilands. The window above the door in the south transept is a memorial to him and has a brass tablet below.

The second Incumbent was Revd. F.G Riley of Sidney Sussex College, Cambridge who was inducted an 7th April 1891.

THE INTERIOR OF THE CHURCH

A Faculty for the re-seating and alteration of the interior was granted in 1876. The Incorporated Society for building Churches made a grant in 1878, on condition that 220 seats be free and 43 seats rented. It was possibly at this time that the gallery was added to provide the extra seating, (records in the County Record Office).

The single bell was given by Katherine Fellows in June 1956 as a memorial to her brothers. At 23 inches in diameter it was cast by John Taylor & Co. of Loughborough at a cost of £130.

A Faculty for a further re-arrangement was granted in March 1961 to replace the East Window and remove the organ from the North Transept into the gallery and enclose the Choir Vestry, early in the incumbency of Revd. Edward Powell Price. Originally the vestry was behind the organ in the north transept and the present vestry was the choir vestry.

The theme of the new east window is a symbolic treatment of the Holy Trinity, and also shows types of people over the centuries who may have been worshipers in the countryside where the Church is built. In the upper part of the window will be seen the Hand of God, Our Lord in Glory and the Holy Spirt as a dove. The lower part of the window is a decorative arrangement of groups of people of all periods, representing the worshippers in the area through the ages. They are shown in panels of colour, to give a hint of the text: "in my Father's house there are many mansions," and to keep them formal and static as opposed to the treatment of the upper half of the window, which is intended to give a light, ethereal impression. A further reason for the weight of colour in the lower half is that it is an East window, and at the same time the upper half is kept bright but less weighty in colour as the Church is not too well lit. There are three principal saints in the bases of the side lights: in the bottom left-hand corner is St. Francis of Assisi, in the bottom right-hand corner are St. Hugh of Lincoln and St. Hilda of Whitby. These are the patron saints of the members of the family who gave the window

Memorial tablets testify that the lives of 18 men were taken from this small village during the 1914-18 War. A further tablet commemorates three members of the Gibb Family who were killed in an air raid on Plymouth on 19th April 1941.

Situated in the centre of this little village, with the Village school opposite, the Church of St. Paul shows an unusual exterior and offers a peaceful interior, presided over by the beautiful east window.

Do come and enjoy this Victorian village church. We look forward to welcoming you