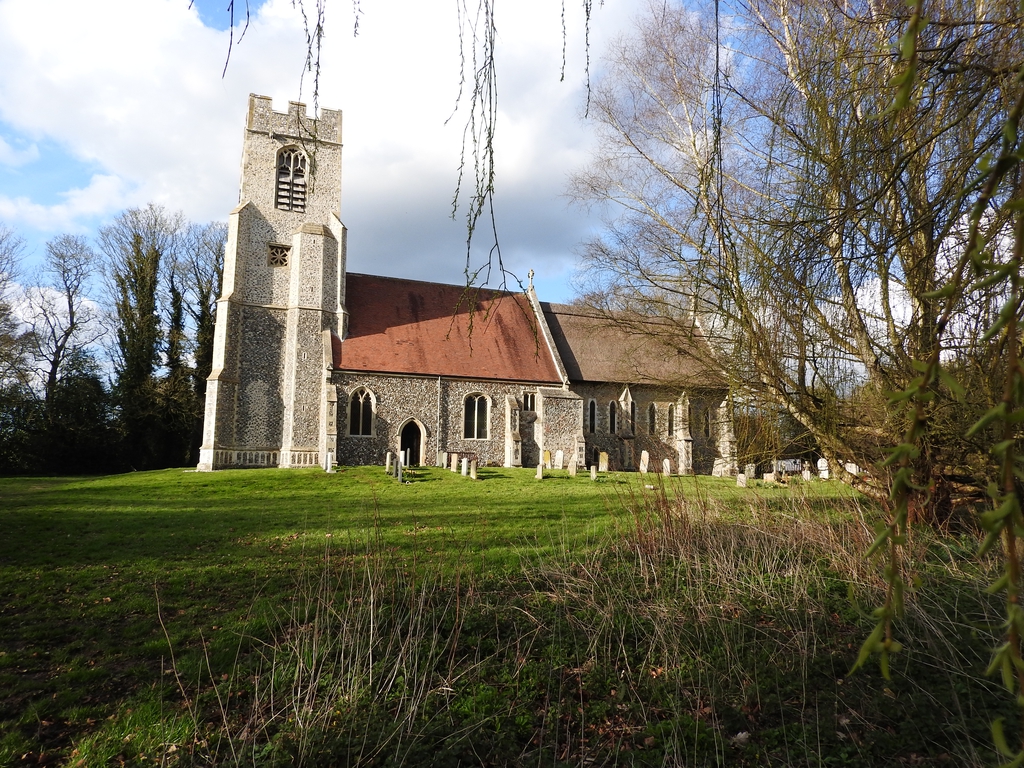 Burgh-next-Aylsham: St Mary
Services and events
News and notices
About us
Weddings and Blessings and Thanksgiving including civil marriages and partnerships
Find us
Church lane off the main village road Burgh-next- Aylsham Norwich
Get in touch
01263 735909
Facilities
More information
Edit this Church

A stunning example of an early English Church on the banks of the River Bure. Its chancel which is below the level of the nave creates a wonderful sense of space and light and peace. There is a fine example of a seven sacrament font.

Parts of Saint Mary’s Church date back to the thirteenth century; it is a light, welcoming building with a part thatch, part tiled roof. Particular points of historical interest include the Chancel, a rare example of Early English architecture of the early 1200’s and sympathetically restored in 1877. The fifteenth century font’s sculptures still bear marks of the deliberate damage inflicted by Cromwell’s men in the seventeenth century.

The kneelers have been individually designed and made by members of the congregation as a millennium project.