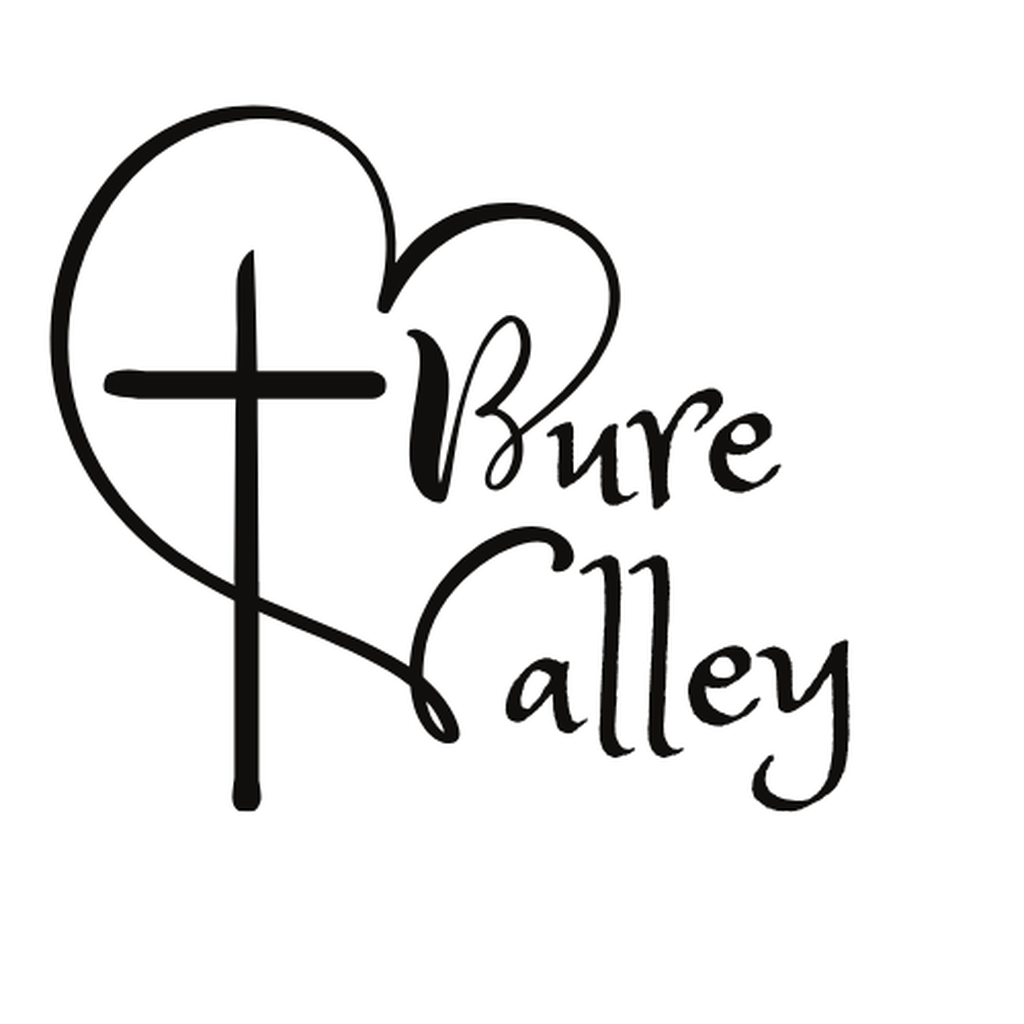 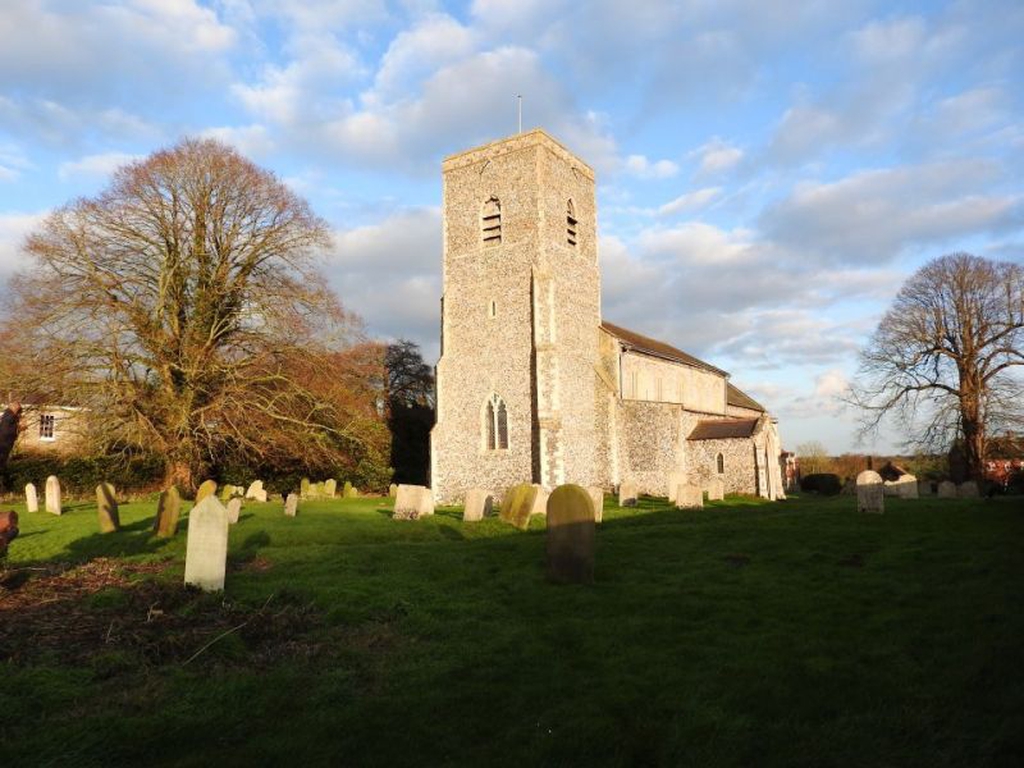 Marsham: All Saints
Services and events
News and notices
About us
A History of the Church
Our group of Churches
Weddings, Blessings and Thanksgiving including for civil marriages and partnerships
Find us
Church Lane, (off the A140) Marsham, Norwich.
Get in touch
01263 731102
Facilities
More information
Edit this church

All Saints Church, with its distinctive square tower housing a peal of 8 bells was built over seven hundred years ago. In architectural terms it belongs to the "Perpendicular Period. Its architectural glories are the 15th Century rood screen with paintings of the apostles, a bishop and St Faith; its finely carved Seven Sacrament Font and its "hammerhead" timbered roof. This roof is best viewed at dusk or at night when it is lit in such away to bring out the skills of those who carved its timbers all those years ago.

However, a village parish church is much more than its architecture. It is the stories of those who live around it and worshipped within it that are often far more interesting. Traces of these people can be found in the old tombs and memorials to many of the forebears of families who are still, or until recently were, living in the Village:-the families of Jeckell, Dyeball, Grix, Cook and others, some of whose names appeared in the Doomsday Book.

Throughout its history congregations would have varied corresponding to the general feel of each age. From the Church records we know that there were two hundred communicants in 1603. It would have been around this time that the familiar church pew first appeared to provide seats for the exhausted congregations which were having to cope with the lengthy sermons of at least an hour, if not two, which had come into vogue as a result of the Reformation.

The list of Rectors reveals some interesting characters. Samuel Otes was the Father of Titus Otes who was executed for his leading part in the "Popish Plot" in 1678. Another was William Goodall who, it is believed, sold much of the medieval glass to feather his own pocket. Some of this glass is now in an old house on St Mary's Plain Norwich and some is at Bramerton Hall. Another Rector (1997-1903) was Henry Cavell, the Uncle of Nurse Edith Cavell. After Mr Cavell came Hubert Wathen whose younger brother married Melicent Buxton of Bolwick Hall and that is how the connection with the Wathen family began. By all accounts he was a "character". On one occasion he saw one of the congregation, obviously not listening to his sermon, so he stopped abruptly, was silent for a moment, and then said in a loud dear voice "Damn you - if you can't listen to what I am saying, why come at all"

In an age when churches have been subjected to attacks of vandalism like many other old buildings it is some small comfort to know that this is not a new phenomenon. Apart from the dodgy dealings over the medieval glass. Marsham Church has suffered the theft of its famous Laughing Boy and the defacing of the figures on the rood screen. The Laughing Boy was a small figure projecting outwards from the top of the second arch in the North Aisle and one can still see the place it occupied. The screen was damaged as a result of the zeal of a teacher who, it is said, lined all the naughty boys up in front of it and order them to lick the paint off as a punishment.
For many years the people of Marsham past have come to this lovely building, in times of joy and sorrow to say their prayers and sing their praises. Today, our worship and prayers are one with theirs in the communion of saints to which this Church is dedicated.

Late 13th century in plan. The inner door of the South Porch also of this period. The Columns and the Tower in the transition from Decorated to Perpendicular architecture. The rest is late 15th Century.

Good perpendicular hammer-beam roof, the long wall-posts resting on carved angels and the Hammer terminating in angels. Heavy tie-beams were inserted after a great gale in the mid-eighteenth century caused the South Aisle wall to cant over. The East window of that aisle was also filled in then. and one still notices the alarming lean on the South Arcade. The Chancel roof is of 1853 when the church was restored.

Two very small fragments of Mediaeval glass in the tracery of the third window of the North aisle - an elephant and a unicorn - are all that was left of a wealth of glass mentioned as still existing about two hundred years ago. Recently restored from among the glass 'removed' in the last century are the two figures in the last window of the South aisle. King David and Judas Maccabeus are two of “The Nine Worthies" which came to Marsham, from a Mr. Harmer's house in Norwich and later went to Bolwick Hall and Brandiston Hall. These two were restored from Bolwick, the arms of the Mercers' Company (Our Lady), being added in the middle. There is a Kemp window in the South Wall of the Chancel. The East window is Art Noveau and good.

One of the treasures of the church, undated, but probably by the same hand as the
one at Aylsham which is dated about 1507. There used to be an inscription in Latin, "Pray for the souls of John Norton and Margaret his wife, whose souls may God forgive". Very delicate stencilled pattern of flowers etc. Fragments of gilded gesso enrichment. The saints shown from left to right: A female saint with a cross-cut saw possibly St. Faith, St. James the Less with a fuller's bat, St. Thomas (?) with a lance, St. James the Greater with a pilgrim's staff. St. John with chalice and dragon, St. Paul (?), St. Philip with a basket, three saints without emblems and finally a mitred Bishop. The whole screen was raised when the level of the Chancel was raised in restoration in 1880- There were two rood-loft staircases of which the North one only remains. The top section formed the springing of the vault supporting the great rood-beam.

The other glory of the church- one of the 29 so called seven Sacrament" fonts in
England of which 16 are in Norfolk. Dated, by the head-dresses the ladies are wearing at about 1467.
It originally stood under the second arch from the West end of the North Aisle. Moved in 1880- The original cover stolen in the last century hung from the “Laughing Boy of Marsham"- a carved boy whose face smiled at you wherever you went in the building.
The Sacraments shown are, from East clockwise, Baptism (note the attendant with chrysom cloth); Confirmation (of a child as was customary at the time)- The Anointing of the Sick; The Last Judgement (this to make up the eight sides). Confession (note the Angel behind the penitent and the Devil slinking away) Marriage; Holy Orders (note Bishop in mitre); and The Eucharist Below on the shaft is St. Matthew- his emblem an angel; St. Mark. his emblem a winged lion; St. Luke, his emblem a winged bull; and St. John, his emblem an eagle.

A Jacobean altar forms the base of the North aisle altar, removed fairly recently
from the East end. The others are modern.

Remains of a brass in the centre of the main aisle to John Bishop (Johannis Byschap) 1472 and his wife Agnes 1489. An interesting stone by entrance to Chancel with the word "Oblivio" repeated eight times round it. The Latin inscription translates roughly. "You shall never know my name for I am condemned to oblivion as having been dead in the heart" The suggestion that it is a suicide's grave is highly improbable from its position. Remains of a priest’s gravestone in North West corner not originally in this position.

Good and interesting Royal Arms Board, James 1, on the organ loft.

Elizabethan chalice and paten with inscription "For the Towne of Marsham"

From 1538. One Titus Oates was baptised here in 1538 may be the notorious one and the grandson of the then Rector, Samuel Oates