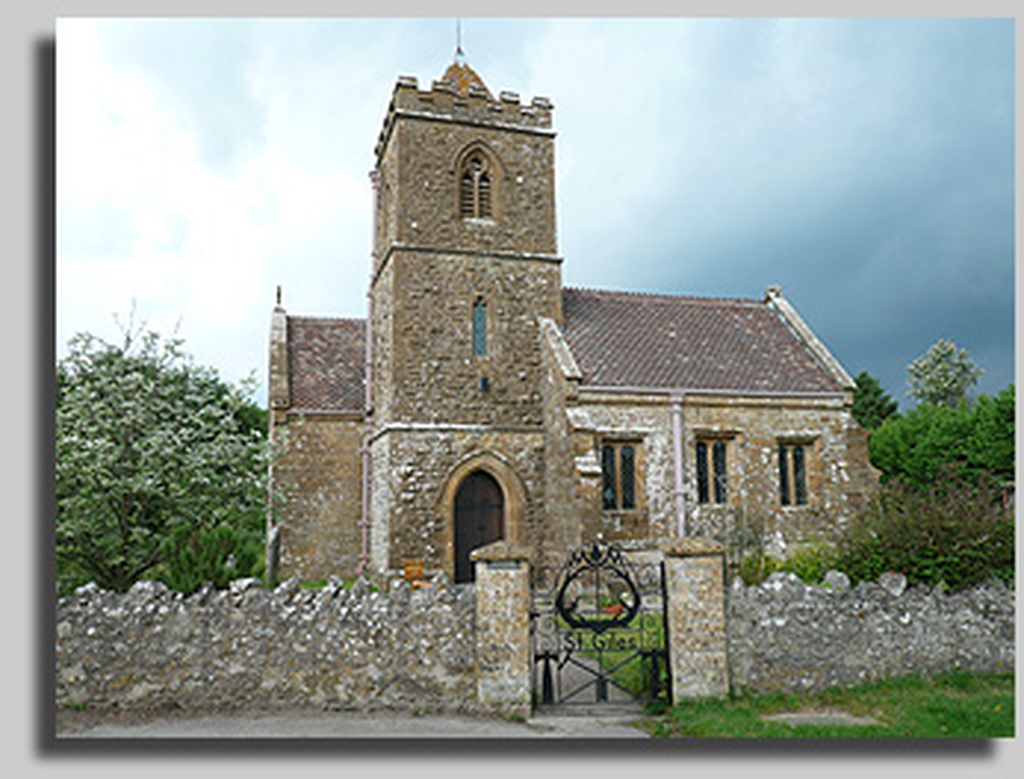 Hooke St. Giles is part of the Beaminster Area Team Ministry which covers 50 square miles of beautiful rural West Dorset. The team consists of 14 individual parishes plus the chapel in the grounds of Mapperton House. Our worship shows a wonderful variety of styles ranging from services from the Book of Common Prayer to the child-centred Messy Church, with music a vital part of our activities.

This interesting church is dedicated to St Giles who was an Abbott in Southern France. Legend has it that he was a wealthy Greek who has renounced all his money in favour of a simple religious life as a hermit in a forest. One day the King of the Goths was hunting deer and one ran to St Giles for protection. The King released an arrow, but there seems to be some uncertainty as to whether the hermit or the hind was shot. Whatever the outcome, the king founded a monastery and installed St Giles as the Abbott.

As is so often the case, this church has been altered or restored throughout the ages. The nave is essentially C16 with C15 windows. The chancel was added in 1840 when the opportunity was taken to restore the chancel arch. The impressive tower was added to a design by GR Crickmay of Weymouth, who was also responsible for the chancel. There is is a splendid barrel roof to the nave. The chantry chapel on the south side is entered through a wide and generously decorated arch.  The hexagonal font is C15.

The most important artifact in the building is the superb sculpture of St Giles executed by Benjamin Grassby. He was a superlative London craftsman who made his home and workshop in Powerstock after falling out with his employer. He entered the statue in a class at the Dorset Industrial Exhibition in 1878. It won its class and he was awarded a silver medal. Grassby's work can still be found in 45 Dorset churches.