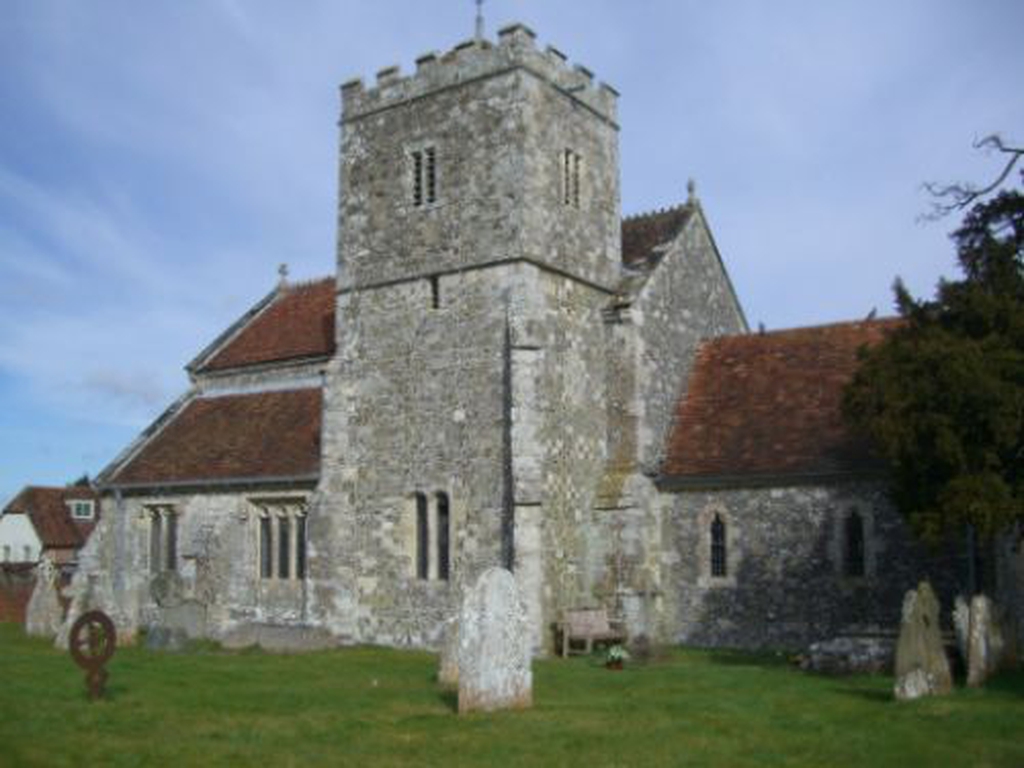 Homington: St Mary the Virgin
Services and events
News and notices
About us
Find us
Homington Village Homington Salisbury
Get in touch
01722 718715
Facilities
More information
Edit this Church

St Mary the Virgin lies in the middle of the tiny village of Homington.Together with the nearby church of St. Michael & All Angels it forms the parish of Coombe Bissett with Homington.This in turn is part of the Chalke Valley Benefice, a ribbon of churches following the course of the Ebble River through the Wiltshire countryside.
The earliest documentary record of St Marys is in a charter of the early 12th century, although there may have been a church in Homington before that date. In 1194 Geoffrey de Neville, who held the manor, granted one acre of land to the church of St Mary of ‘Huniton’ for the souls of his father and ancestors.
Sometime during the 12th century the church was granted to Salisbury Cathedral. At the taxation for Pope Nicholas in 1291, Homington church was listed as part of the common fund for the Canons, with a value of £5. There it remained until1861, when the Dean and Chapter surrendered the property of the common fund to the Ecclesiastical Commission.
The earliest parts of the present church date from about 1250.
The chancel and nave have 13th century plans, and the piscina and the head lights of the east window in the chancel are 13th century features. The north arcade dates from the mid 14th century, the south arcade was added in the 15th century, and the tower was built about 1500.
Much restoration work was carried out in 1794. During this time the main door was removed from the north side to the west. T.H.Wyatt undertook further restoration in 1860 when the chancel and the external walls of the north aisle were demolished and rebuilt. The 15th century roof of the nave was also replaced.
One of the more recent changes came in 1967. The triple lancet east window was reglazed to include a simple cross in stained glass creating what many consider is St Marys finest feature.