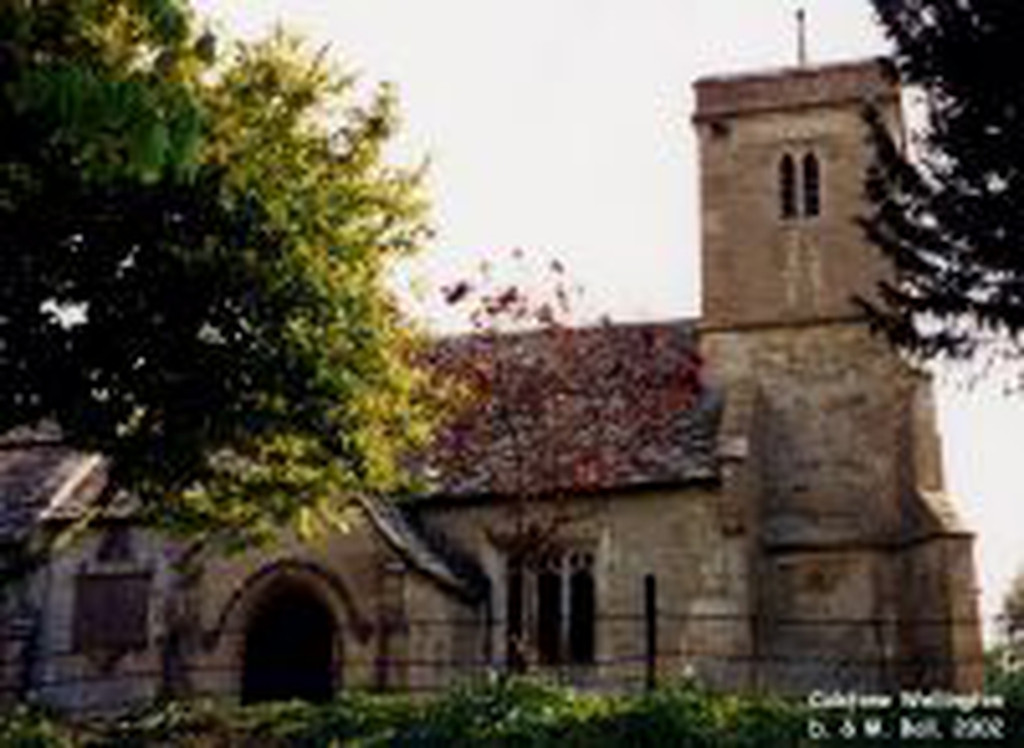 The church was completely rebuilt in the mid 15th century and nothing remains of the earlier 13th c church. The parish name was originally Calstone, but by c.1600 it had become known as Calstone Wellington. In 1763 the church was known as St. Mary's and it is likely that this was the original dedication.

The church was conservatively restored under Ewan Christian in 1884-5. During this work a vestry was built, the chancel reroofed, narrow windows in the nave and chancel replaced by traceried windows in the 15th c style, & the gallery removed. The top stage of the tower was also rebuilt. The present altar was made from timber from the old chancel roof. The church was re-opened on 10th November 1885.