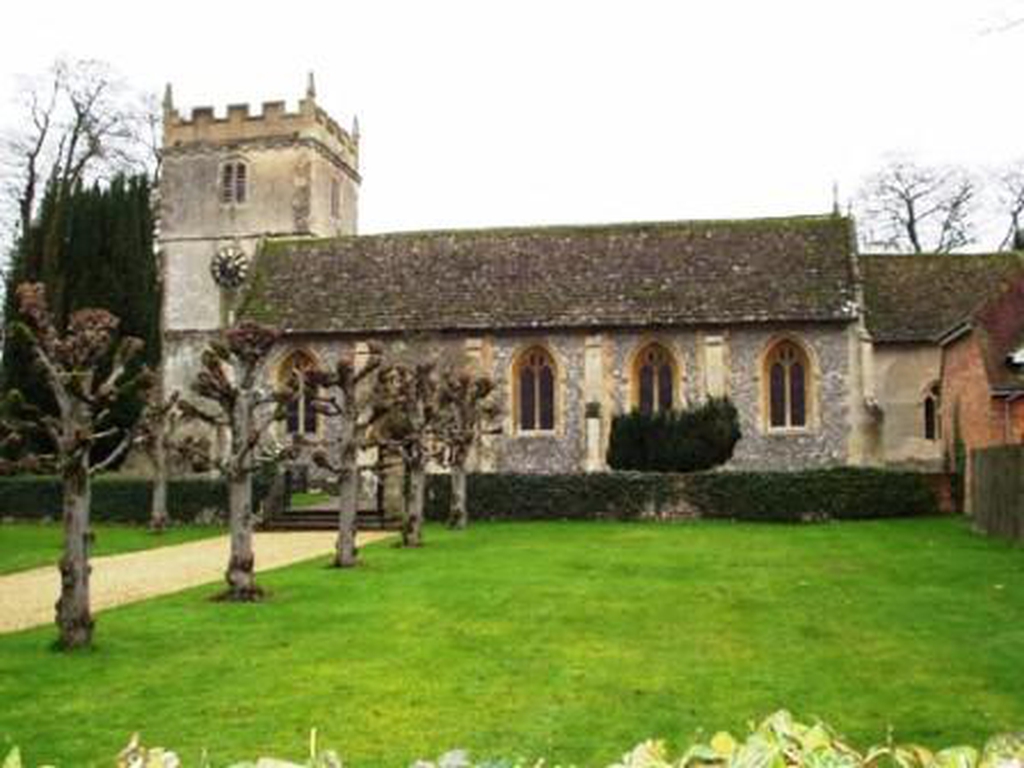 Chilton Foliat: St Mary
Services and events
News and notices
About us
Find us
B4192 Chilton Foliat Wiltshire
Get in touch
(01672) 520963
Facilities
More information
Edit this Church

Chilton is a common Anglo-Saxon village name. It is Cillertone in the Domesday Book, Meaning "Children's Farm". Foliat was the family name of landowners here in the 13th century and was presumably added then. Drayton Foliat, another Wiltshire village, was (significantly) in the same sub-tenancy in the Domesday Book as Chilton.

The Lych Gate and the rows of limes are the parish's memorial to those who died in the war 1914-18. The trees to the west of the limes each represent a life lost from the parish in the war 1939-45.

The church appears to be a 13th century building, although altered, especially in the restoration of 1840/45.

The bells were tuned and rehung and the frame strengthened by Mears and Stainbank in 1932.

Parish registers have been kept since 1569 without break. The originals are at the County Record Office in Trowbridge.

We have a strong link with the local primary school and share services in church and in the school.