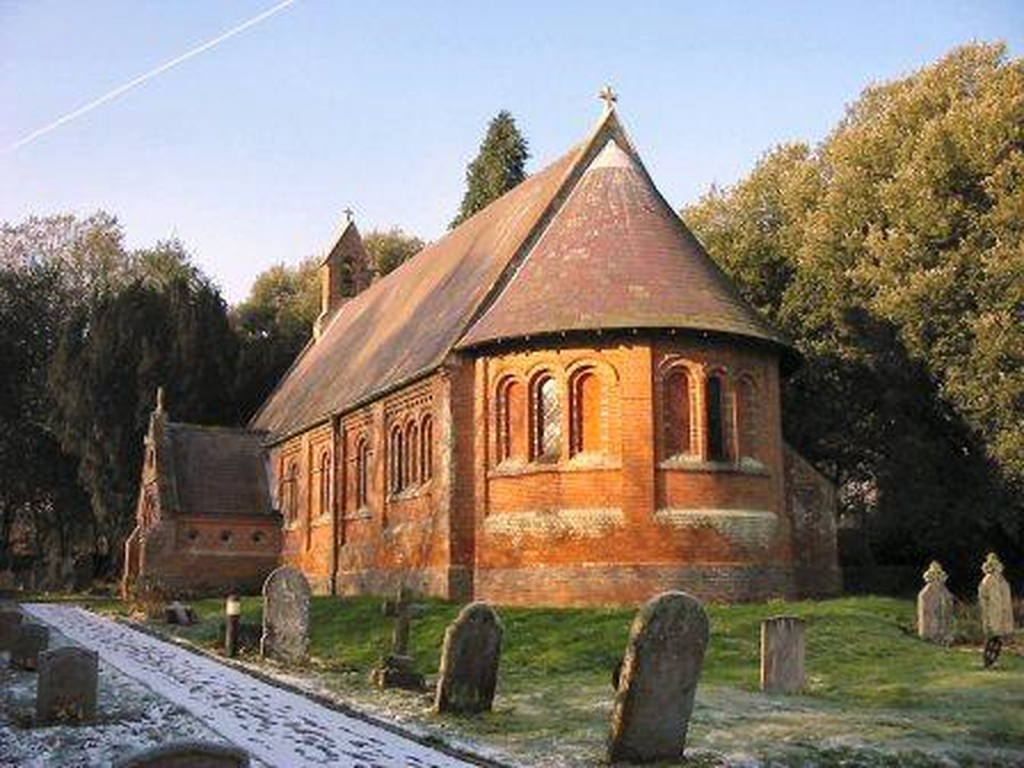 Oare: Holy Trinity
Services and events
News and notices
About us
Safeguarding
Find us
Oare Salisbury
Get in touch
Facilities
More information
Edit this Church

The church was built in 1856/58 through the efforts of Mrs Goodman, widow of Reverend Maurice Hillier Goodman in his memory. He was the owner of Oare House and Vicar of Wilcot for many years and had wanted to establish a church in Oare as he felt it was a hardship for the elderly and children to have to walk to Huish or Wilcot for a service.

The church is built of brick of several colours in the Romanesque style, round-arched with an apse. It was originally a Chapel-of-Ease to Wilcot church.

In 1922 the Benefice of Huish-with-Oare was created and in 1951 the Vicar of Wilcot became Rector of Huish and Oare.