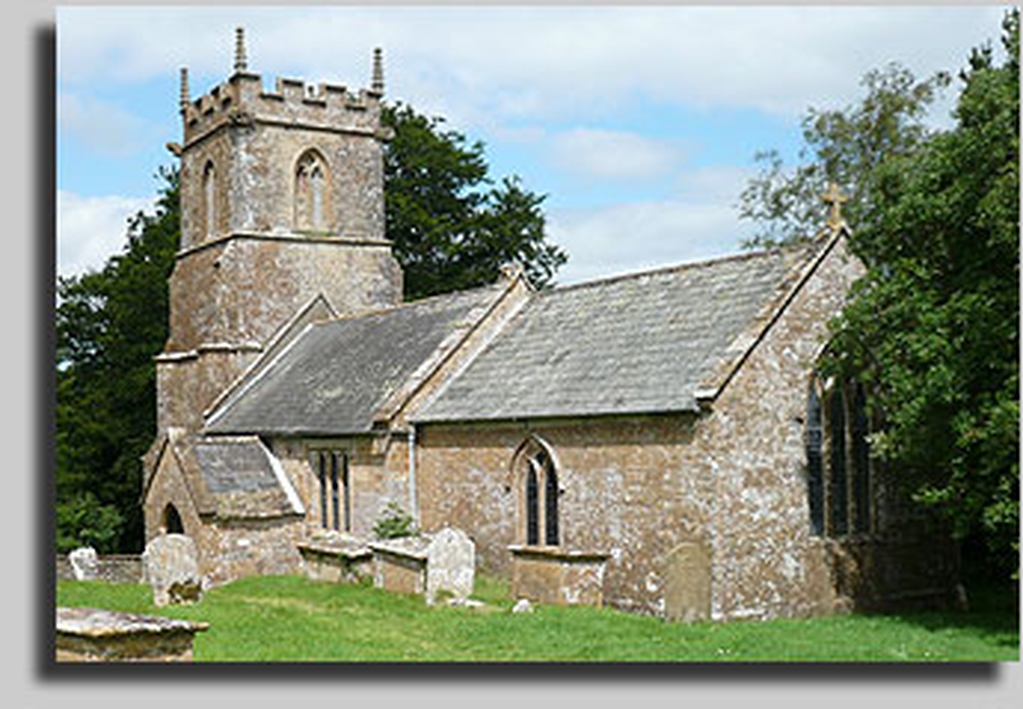 Burstock St Andrew is part of the Beaminster Area Team Ministry which covers 50 square miles of beautiful rural West Dorset. The team consists of 14 individual parishes plus the chapel in the grounds of Mapperton House. Our worship shows a wonderful variety of styles ranging from services from the Book of Common Prayer to the child-centred Messy Church, with music a vital part of our activities.

The parish church, although considerably altered during the 19th century, maintains its harmonious relationship with both the village and the surrounding countryside, much as it did in medieval times.

The font is of late 12th or 13th century date, indicating that a church has stood here since at least that time, but various parts have been partially or completely rebuilt at different periods.

During the first half of the 15th century the north transept chapel was added. At the same time the former, and no doubt smaller, chancel arch was replaced by the present one which is similar to that of the transept. Later in the 15th century the tower was added at the west end, of three external stages and with diagonal buttresses at the western angles. The embattled parapet is of the 19th century but the string course below it is original complete with grotesque gargoyles at the angles, one of which depicts a monstrous creature holding a man. The west doorway is original. The tower arch is presumably contemporary with the tower although not typical of 15th century work. The beams supporting the floor above the ground stage appear to be old timbers and may be original. The south porch as probably added during the 15th century but has since been rebuilt.

The chancel was completely rebuilt in the 19th century and later the whole building was subject to restoration. A faculty application approved on 22 March 1876 included replacement of all floor and internal fittings, removal of a gallery across the west end and various alterations to windows.
×